Officially off the market? Hannah Brown was spotted getting cozy with model Adam Woolard days after Bachelor Nation fans identified him as her mystery man.

The Alabama native, 26, was photographed holding hands with Woolard, 33, as they walked through downtown Los Angeles on Monday, January 25. In photos obtained by the Daily Mail, the twosome were dressed down in sneakers and each wore face masks to keep themselves safe amid the coronavirus pandemic. Brown sported a Los Angeles Dodgers baseball cap and flashed a huge grin as she pulled her mask down to chat with her beau.

Three days prior, reality TV viewers suspected that Woolard had swept the former Bachelorette off of her feet when a fan account shared snaps of the couple dining out in Nashville. The same day, Brown showed a glimpse of her new flame in an Instagram Story video — but didn’t show his face. 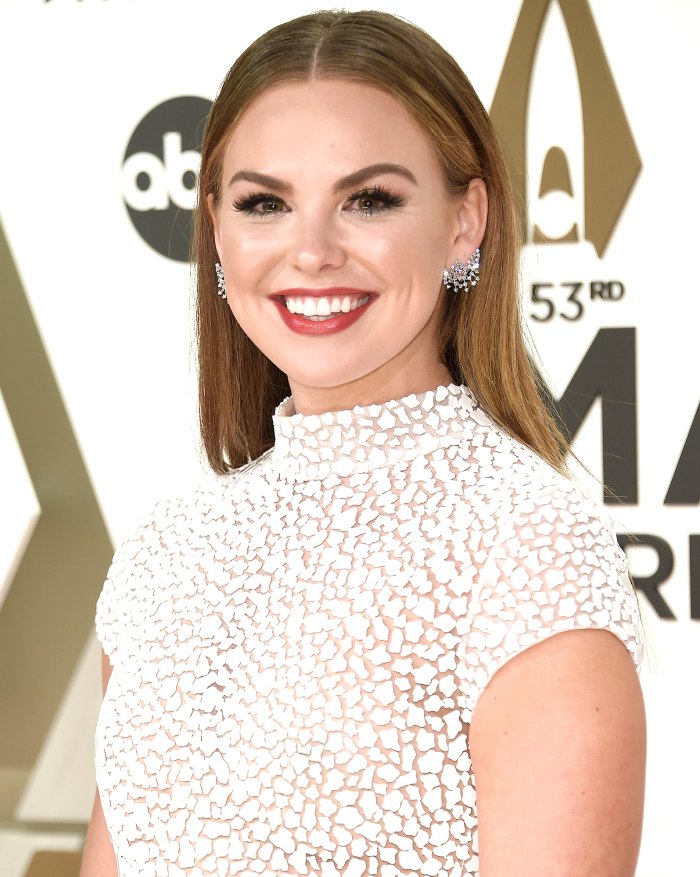 The Dancing With the Stars alum previously searched for The One on Colton Underwood‘s season of The Bachelor, which aired in 2019. She was later announced as the lead for season 15 of The Bachelorette and ended the show engaged to Jed Wyatt. However, the pair called it quits soon after when Brown learned that the musician, 26, had a girlfriend back home.

During the live season finale of the ABC dating series in July 2019, Brown took a chance and asked out her runner-up, Tyler Cameron. The Florida native, 27, was later spotted leaving Brown’s Los Angeles apartment after an overnight date. Since then, the duo sparked romance rumors when they reconnected in Cameron’s hometown during the early months of the COVID-19 lockdown. The Barkitecture host later told Us Weekly exclusively that he and Brown had “struggled” to figure out their relationship outside of the Bachelor Nation bubble.

“We’re in a great place right now with each other and it’s great to be able to hang out, you know, grab dinner, it’s fun,” he explained in October 2020. “Hannah’s an amazing person and it’s good to be in a better place than we’ve been.”

More than one year after breaking her engagement to Wyatt, the former pageant queen has kept fans tuned into her journey of finding love in the real world. In October 2020, she filmed herself leaving her phone number on the hood of a cute stranger’s car in Los Angeles. One month later, she outlined the qualities she’s looking for in her perfect match.

“I want a man, not a boy who just has their crap together, can be a rock and be, like, super supportive of me,” she said in a YouTube video at the time. “But also, right now, it doesn’t really matter. I just want a cute guy to hang out with and take me on a date. … Somebody [who] can buy my drinks, my food, my coffee. I like coffee dates. I’m more into that. I think, like, a surfing date would be fun. Skateboarding? I don’t know. I just want it to be very relaxed.”