Cue the “awws!” Hannah Brown posted a YouTube video on Wednesday, February 24, detailing her “impromptu” date night plans with new boyfriend Adam Woolard. In the video, the former Bachelorette gushes about her new beau, letting fans in on the previously very-private relationship.

“It’s Valentine’s week and I have a Valentine!” the Alabama native, 26, says, detailing the night’s plans, which included cooking and “making the table pretty.” She adds, “It’ll be nice, because he’s nice and he’s awesome.” 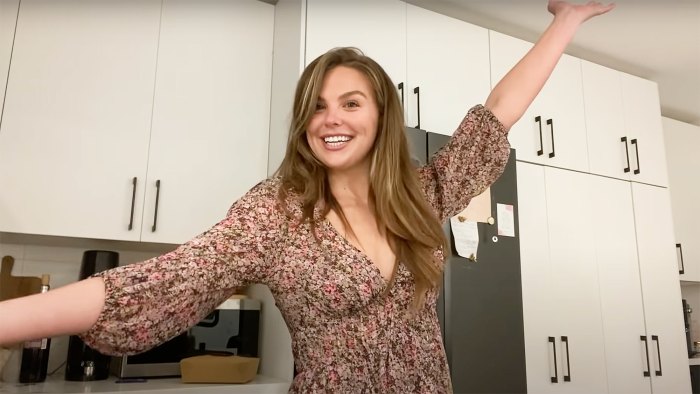 In the video, Brown gets ready, cooks dinner and decorates with rose petals and candles while gushing about her new boyfriend, 33.

While Woolard’s face isn’t visible, the end of the vlog does show him bringing flowers to the star when he arrives for date night. Brown also shows off various things around her house that remind her of the University of Arkansas graduate. One very cute example? A love note that her boyfriend left on a fridge the morning the video was filmed.

“You are changing lives simply by being yourself, and how beautiful and powerful is that,” Brown reads.

Though she doesn’t say her new man’s name in the video, Us confirmed Brown is dating Woolard after the Bachelorette alum posted a photo of the couple kissing on Valentine’s Day. The pair began making headlines in January when they were spotted holding hands in Los Angeles. A few days earlier, a fan account posted a photo of them dining in Nashville.

The new relationship has been fairly hushed as of yet, and the former pageant queen touches on her decision to keep quiet and try to “protect” Woolard in the video. As the Bachelorette, Brown’s previous relationships, including those with Tyler Cameron and Jed Wyatt, have been in the spotlight. On the same day the video was released, her brother, Patrick Brown, and Wyatt’s ex-girlfriend Haley Stevens fueled speculation they’re in a relationship of their own.

“I’m still figuring out how I want to protect my relationship and still feel like it’s mine and not everyone’s, if that makes sense,” the former Miss Alabama says. “We’ll figure it out as we go … I’m very happy.”

Still, she opens up about what her and the model’s first date was like, explaining she biked to meet Woolard wearing a sweatshirt and appearing “frazzled as always.” For her Valentine’s week date, on the other hand, Brown decided to wear a For Love and Lemons dress she’d picked out “especially for date nights” when she decided to get back out there romantically.

“It’s getting its use!” the University of Alabama alum says.