Finally met The One? While Hannah Brown may not have found love on The Bachelorette, her new romance with rumored beau Adam Woolard appears to be heading in the right direction.

“They seem like a great match,” a source tells Us Weekly exclusively. “They’re both from the south. He’s into working out, staying fit and enjoys doing a lot of sports: kickboxing, soccer, baseball, tennis — you name it.”

The insider describes Woolard as a “nice” and “down to earth” person. However, the University of Arkansas graduate leads a “more private” life than his new flame. 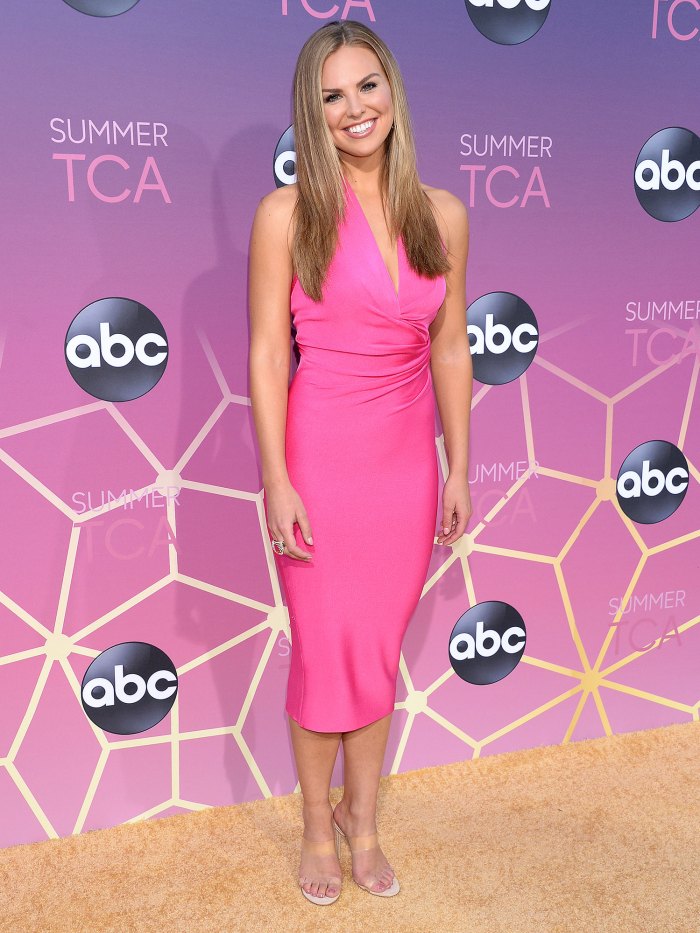 “There’s a reason why he keeps his Instagram private. He’s not one to talk about his relationships or who he’s dating,” the source continues, noting that the new pair “seems like they’re taking things slow” for now.

In addition to allowing his new romance with Brown to flourish, Woolard is focusing on growth in his professional endeavors. “He’s been modeling for four or five years now. He’s traveled a lot and has worked with agencies in Dallas, Chicago, Nashville. Now, he’s in Los Angeles and hoping to make his mark here too,” the insider adds. “He’s still a working model and still looking to book modeling gigs. He’s a busy guy. He also works in sales for [the fashion brand] Greg Lauren.”

Brown, 26, and Woolard sparked dating speculation when they stepped out holding hands in downtown Los Angeles on Monday, January 25. A fan account also posted pics of the pair dining together in Nashville days earlier.

While the twosome’s bond has remained private for the time being, Brown’s romantic journey has largely unfolded on reality TV. She competed for Colton Underwood‘s heart on The Bachelor before being named the Bachelorette. By the time her season ended in 2019, she had broken off her engagement to Jed Wyatt and asked out runner-up Tyler Cameron.

Though Brown and Cameron, 28, hung out shortly after, the Florida native went on to briefly date Gigi Hadid. The Bachelor Nation stars reconnected in early 2020 when they quarantined in Florida with some of the model’s pals, including Bachelor star Matt James.

The Alabama native has since developed a good friendship with Cameron, who told Us exclusively last October that the pair admittedly “struggled” to get to that place.

“We’re in a great place right now with each other and it’s great to be able to hang out, you know, grab dinner, it’s fun,” he explained at the time. “Hannah’s an amazing person and it’s good to be in a better place than we’ve been.”

Back in November 2020, the Dancing With the Stars winner revealed in a video for her YouTube channel that she began dating again. At the time, she walked fans through three dates she had with men she met through a dating app. She shared her ideal qualities in a boyfriend as well.

“I want a man, not a boy who just has their crap together, can be a rock and be, like, super supportive of me,” she said at the time. “But also, right now, it doesn’t really matter. I just want a cute guy to hang out with and take me on a date. … Somebody [who] can buy my drinks, my food, my coffee. I like coffee dates. I’m more into that. I think, like, a surfing date would be fun. Skateboarding? I don’t know. I just want it to be very relaxed.”

How Clare Crawley Is Finding ‘Happiness’ After Dale Moss Split