Tyler has been replaced! Hannah Brown referenced her previous quarantine with her Bachelorette runner-up, Tyler Cameron, and his pal Matt James nearly one year after the trio isolated together in Florida.

“My new quarantine crew #Sulley #Simba,” the Dancing With the Stars alum, 26, captioned a series of photos via Instagram on Friday, January 15. In the pics, she posed in a teepee surrounded by stuffed animals, pillows and blankets.

Brown met Cameron, 27, during season 15 of The Bachelorette in 2019. The exes sparked reconciliation rumors in March 2020 when she stayed with him, James, 29, and their friends — who dubbed themselves the “quarantine crew” — in the general contractor’s hometown of Jupiter, Florida, amid the coronavirus pandemic.

“They have a lot of love for each other,” a source told Us Weekly at the time. “They’re great friends and have a lot of fun together. It’s as simple as that.”

Brown returned to her native Alabama later that month, leaving fans to wonder what happened between the two. Cameron addressed their status in October 2020. 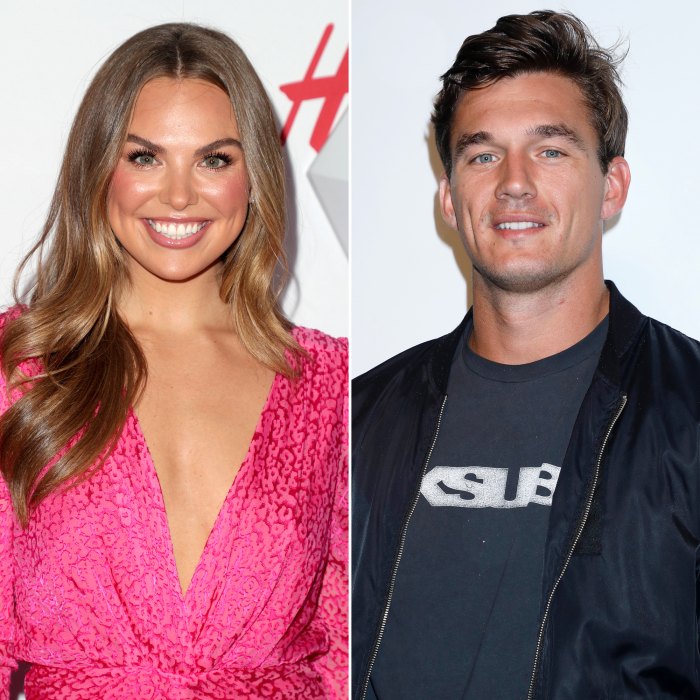 “We need to learn how to be friends. You know what I mean? Like, we struggled, you know, with our relationship and trying to figure out what it is,” he exclusively told Us at the time. “We’re in a great place right now with each other and it’s great to be able to hang out, you know, grab dinner, it’s fun. Hannah’s an amazing person and it’s good to be in a better place than we’ve been.”

Later that month, the pair got real about the issues they faced during quarantine. “I didn’t want to do something because I was in a bad place or vulnerable,” Cameron explained in a joint YouTube video with Brown, noting that they reunited shortly after his mother Andrea’s death. “So I made a rule. I was like, ‘I’m not hooking up. I’m not doing nothing. Because I don’t want you to go away … and then we’re upset again at each other.’”

The Bachelor alum added that they “never kissed” during their stay together, despite, according to the model, spending “18 days in the same bed.”

Brown, who split from fiancé Jed Wyatt shortly after getting engaged on The Bachelorette, revealed in November 2020 that she is dating again. She posted an Instagram Story photo of a mystery man the following month with an emoji covering his face. Cameron, for his part, was linked to model Camila Kendra earlier this month.