Too cute for words! Hannah Brown opened up about her romance with boyfriend Adam Woolard in a major way.

In a new video via her YouTube channel on Wednesday, March 3, the former Bachelorette, 26, answered several questions that featured her beau’s written answers. She discussed their dream date, ideal vacation and his favorite quirks of hers.

As she dived into a question about what he has learned from her, she initially believed his response would regard him being able to let go more. “It’s OK to be messy, be silly. I don’t know, that’s what I feel like,” the reality star said. “I feel like I brought out the kid in him.” 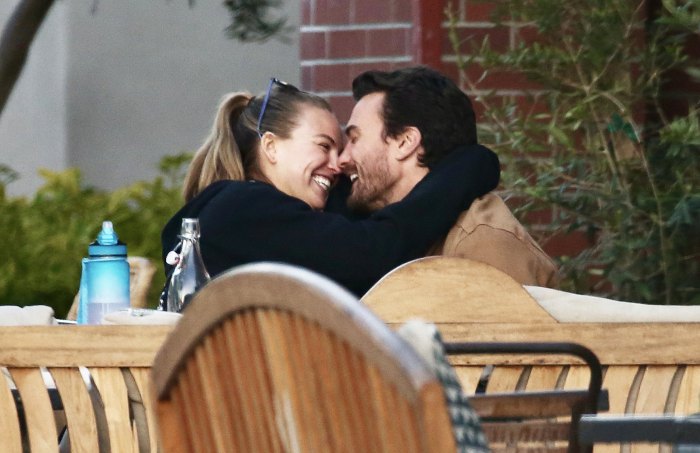 Brown was stunned by Woolard’s response as she said, “This is what he said [to] what’s something that Hannah’s taught you, ‘How to fall in love.’ … That’s so sweet.”

The Alabama native, who called Woolard “the nicest person ever,” went on to dish about their first date. “He asked me out and it was a Mexican restaurant called Chulita,” she recalled. “We had margaritas.”

Reading off Woolard’s answer, he said that he “asked her out but it’s complicated.” She responded, “Wait, I don’t know why it’s complicated. [It is probably] because I’m the one who first, kind of, threw the line out there.”

Brown also shared Woolard’s first impression of her, which he wrote, “Effortlessly beautiful and vibrant and a little frantic, but so beautiful. Instant spark.” 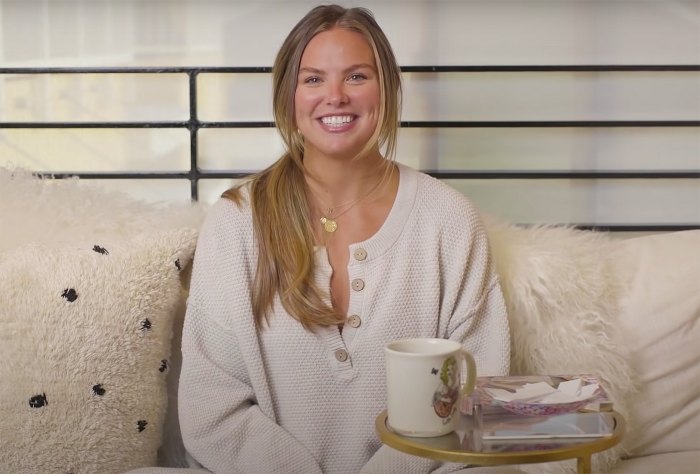 The Dancing With the Stars champion made her relationship with Woolard Instagram official on Valentine’s Day with a photo of the pair kissing while on horseback. The confirmation came after the duo sparked dating rumors in January 2021 as they stepped out holding hands in Los Angeles.

An insider recently told Us Weekly why Brown and Woolard make a “great match” for each other. “They’re both from the South. He’s into working out, staying fit and enjoys doing a lot of sports: kickboxing, soccer, baseball, tennis — you name it,” the source revealed in January, noting that her love is both “nice” and “down-to-earth.”

Before landing on Woolard, the Bachelor alum let fans in on her experiences with dating men whom she met through apps in November 2020. She also shared her ideal traits for a significant other.

“I want a man, not a boy who just has their crap together, can be a rock and be, like, super supportive of me,” she said via YouTube at the time. “But also, right now, it doesn’t really matter. I just want a cute guy to hang out with and take me on a date. … Somebody [who] can buy my drinks, my food, my coffee. I like coffee dates. I’m more into that. I think, like, a surfing date would be fun. Skateboarding? I don’t know. I just want it to be very relaxed.”

After being eliminated from Colton Underwood’s season of The Bachelor in 2019, Brown went on to become the season 15 Bachelorette later that year. The former pageant queen was briefly engaged to contestant Jed Wyatt but broke things off after learning that he entered the competition with a relationship. She then asked out runner-up Tyler Cameron on a date, which they went on shortly before he began his brief fling with Gigi Hadid.

Brown and Cameron, 28, wouldn’t reconnect until March 2020 when they quarantined together alongside his pals. They have since developed a strong bond as friends.

“We have a great friendship,” the Florida native told Us in May 2020. “We both care about each other a lot and want each other to be happy. It was nice to kind of put our past behind us and be able to have that friendship again.”