There for him. Hailey Bieber (née Baldwin) revealed why Justin Bieber‘s journey to get sober triggered her own history with addiction.

“There’s a lot of addiction that runs in my family, not even just my dad, but a lot of other people on that side of my family struggle with a lot of different things,” Baldwin, 24, explained on the “Victoria’s Secret Voices” podcast on Wednesday, November 10.

The model admitted that her dad, Stephen Baldwin, was “really open” about his addiction, which she “always appreciated” over the years.

“He was always extremely open about why being sober worked for him and why we needed to be sober and what alcoholic behavior looks like, and why that comes out,” Hailey noted, adding that she was “never somebody who struggled with any substances” because of her family.

“I was so aware of it because of my dad. He had a really big issue with cocaine and I was, like, I’m never trying it because I was so scared that if I tried it one time it might lead into something else,” she admitted on Wednesday.

Hailey’s experience with her father’s addiction played a large role in her ability to help Justin, 27, during his sober journey.

“When I was talking before about working on a lot of stuff when we first got married, I think that was a part of it too,” the socialite said. “Looking back on times of drug use and being in some dark spaces and having to kind of go back there was extremely difficult.”

For the couple, putting in the work and communicating allowed their relationship to prosper.

“Being like, ‘Hey, where are you at with this?’ I’ve had times where I would get nervous, [talking to Justin], ‘Are you okay to do this? Because you did have a time in your life where it was not okay for you and it was a dark time for you,’” Hailey recalled. “But he has very good self-awareness when it comes to that and is very open about it and that’s all I can really ask for.” 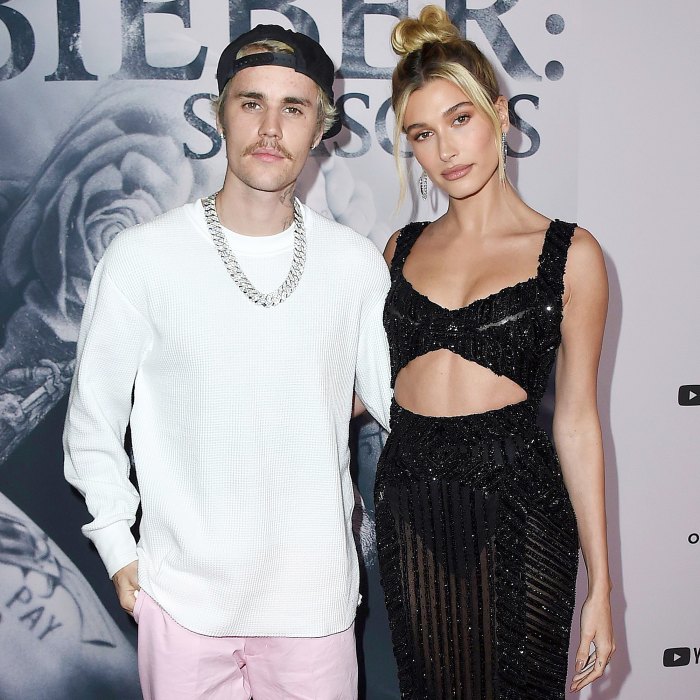 The “Peaches” singer and the media personality tied the knot in September 2018 after getting back together earlier that year. The pair recently opened up about the ups and downs that they faced as Justin worked on his mental health.

“I remember I called (my mom) a few different times, one particular time [when] we were in Brooklyn and I was calling her, crying, and I was like, ‘I just can’t do it. There’s no way that I’m going to be able to do this if it’s going to be like this forever.’ And I just remember she was so calm on the phone and she was like, ‘It’s going to pass, you’re going to be fine and he’s going to be healthy and we’re here for you,’” the Arizona native detailed on a November episode of the “In Good Faith with Chelsea & Judah Smith” podcast. “But I also just think I was in it. I made a decision. I know for a fact that I’ve loved this person for a very long time and now would not be the time to give up on him. I just wouldn’t do that to him.”

The Canada native recalled having “out of body experiences” while dealing with his depression before he decided to seek treatment.

“I had experienced so many things in my life. So many milestones and traveled the world and seen everywhere in the world. And I just got to a place where I was lonely, and I just didn’t want to do it all alone,” the musician shared at the time. ”I realized there was some serious healing I needed to go through in order to get to a place where I could be in a healthy, serious relationship because I had a lot of trauma and scars. So I just committed to working on those things and getting healthy.”