Taking the next step! Gleb Savchenko and Cassie Scerbo are “not too serious,” but she has met his kids, a source exclusively tells Us Weekly.

“They’re hanging out together and enjoying each other’s company for now,” the insider says. “They’re more being super playful and flirtatious.”

The Dancing With the Stars pro, 37, is “not hiding the fact that he’s in a new relationship,” the source explains, noting Scerbo, 30, was introduced to his daughters, Olivia, 10 and Zlata, 3, whom he shares with estranged wife Elena Samodanova. 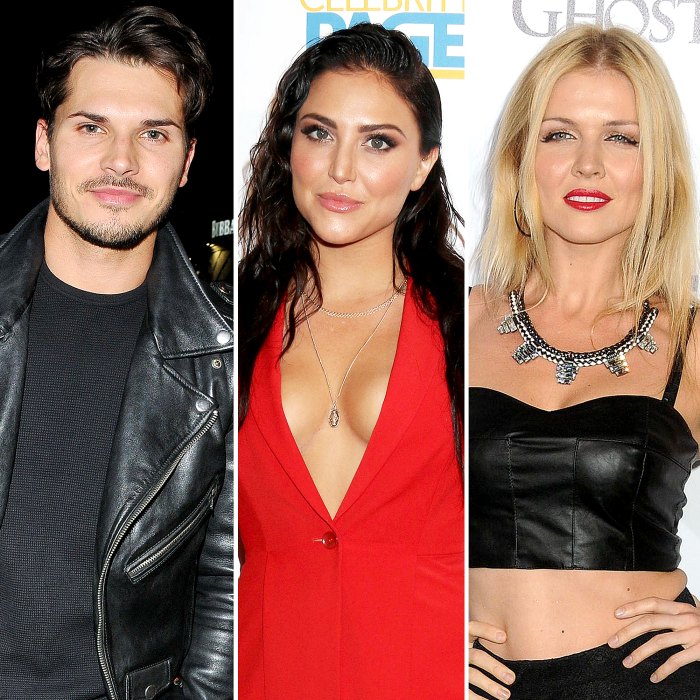 Savchenko and Samodanova split in November 2020 after 14 years of marriage. The following month, Savchenko was spotted with the Sharknado actress in Mexico, and the 36-year-old choreographer “got really jealous,” the source says.

The Russian dancer, however, is working to “make sure he’s in his kids’ life no matter what,” the source tells Us.

Savchenko and Scerbo made headlines last month while vacationing with another new couple: Chrishell Stause and Keo Motsepe.

The trip came after Savchenko was accused of having an affair with Stause, who was his dance partner on season 29 of DWTS.

The Selling Sunset star, 39, and Savchenko both denied being anything more than friends. Stause and Motsepe, 31, went public with their relationship the following month, weeks before Savchenko was first linked to the Make It or Break It alum.

During the trip, a source exclusively told Us that Savchenko and Scerbo “are having fun together, [and] it’s a fun and flirty time for them both.”

Samodanova, for her part, filed for divorce in December. That same month she was spotted kissing DWTS’ Vlad Kvartin in Cabo San Lucas, Mexico.

The So You Think You Can Dance choreographer also filed a request for mediation regarding child custody, visitation and child support. There is a hearing set for March 2021.

“We’ve had problems for years,” the father of two told Entertainment Tonight after Samodanova filed the papers. “I was in a mentally abusive, jealous relationship.”

He said his goal is to get 50/50 custody of his daughters, adding that “I just want to do my best to enjoy life. [My kids] are the most important thing for me.”