Sharing the excitement. Tom Brady‘s wife, Gisele Bündchen, and ex-girlfriend Bridget Moynahan were among the first to congratulate the NFL star on the Tampa Bay Buccaneers’ win on Sunday, January 24, which will see the quarterback heading to his 10th Super Bowl.

“We love and are so proud of you, papai!!!” the Brazilian supermodel, 40, wrote on a screengrab of her husband of 11 years posted to her Instagram Stories. 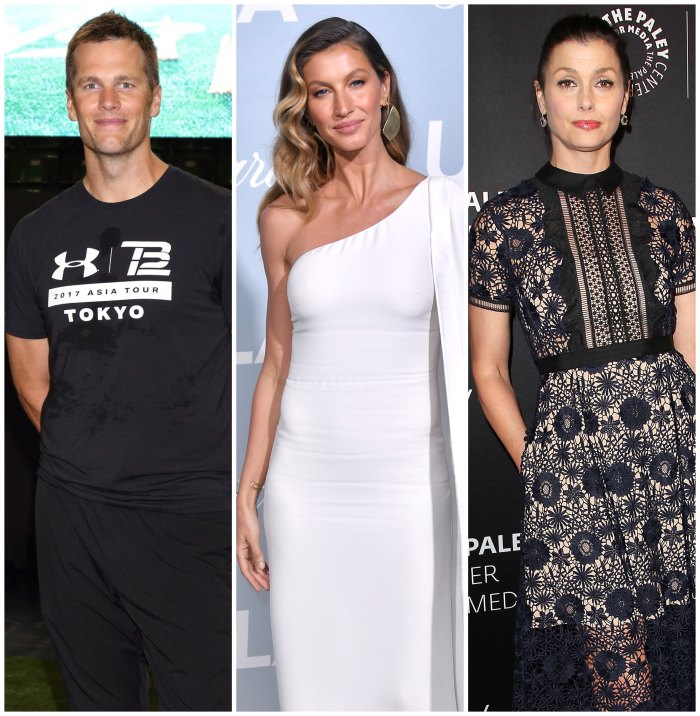 His ex Moynahan, who broke up with the athlete in 2006 after two years together and shares son John, 13, with Brady, posted two photos on Instagram, including one of the father and son. “Could not be more proud @tombrady said he would do it and he did,” the Blue Bloods star, 49, wrote. “Congratulations @buccaneers.” 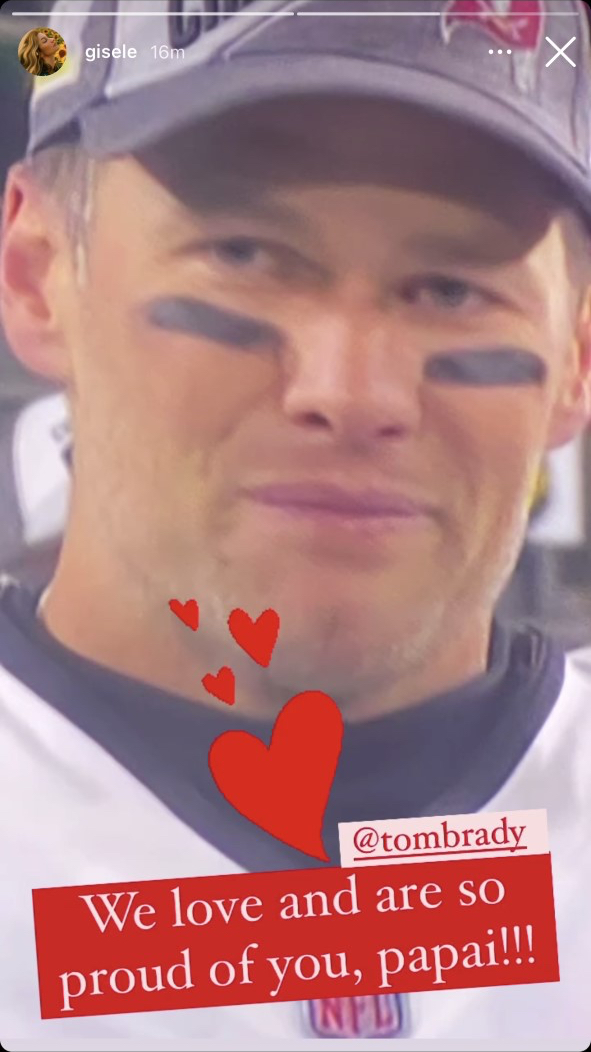 Shortly after his team beat the Green Bay Packers 31-26 at Lambeau Field in Wisconsin on Sunday, Brady was spotted heading to the stands and calling for John, who is known as Jack.

“Can I say hi to my son?” the 43-year-old was heard asking a security guard before climbing up on the fence to hug his teenager.

“Love you, kiddo,” he was heard telling Jack as they embraced.

After reaching the Super Bowl for the 10th time, @TomBrady went to the stands to greet and hug his son. ❤️

Brady also shares son Benjamin, 11, and daughter Vivian, 8, with Bündchen. The trio were not present for the game and appeared to be back home in Florida in a pic the model posted earlier on Sunday.

While Jack doesn’t live with his dad, Brady, who won six Super Bowl rings with the New England Patriots, previously said one of the factors in choosing to join the Buccaneers in Florida in 2020 was that it was on the East Coast and close to his eldest child.

In an interview with Dax Shepard on his “Armchair Expert” podcast in November, Brady opened up about his bond with Jack and talked about a trip they’d taken together to China in 2017.

“You know what, it was a great trip for a dad and a son at about 10 years old,” he said. “I mean, it’s pretty, pretty amazing just to be together. I had a couple other trips with my dad when I was young, so it’s probably more special for me than him, but he’ll remember it. That’s pretty sweet.”