Totally unbothered. Gillian Anderson isn’t concerned by recent chatter surrounding her English accent, which recently came into question when she delivered her Golden Globes acceptance speech earlier this month in an American accent.

“I don’t have social media on my phone so I wasn’t [aware of the questions]. A couple people texted to say that something was going on,” the 52-year-old X-Files alum, who won her Best Supporting Actress – Television Golden Globe for The Crown, told Entertainment Tonight on Sunday, March 7, during the Critics’ Choice Awards. “I didn’t pay any attention to it because it’s just something that I live. I grew up between two countries and so depending on who is in my ear is which direction my accent goes. So, I’m so used to it that it’s kind of old news for me.”

Anderson then directly commented on Alec Baldwin’s Twitter joke about her accent, saying, “It’s so not a newsworthy item, but I’m sad that it’s caused him so much distress.” 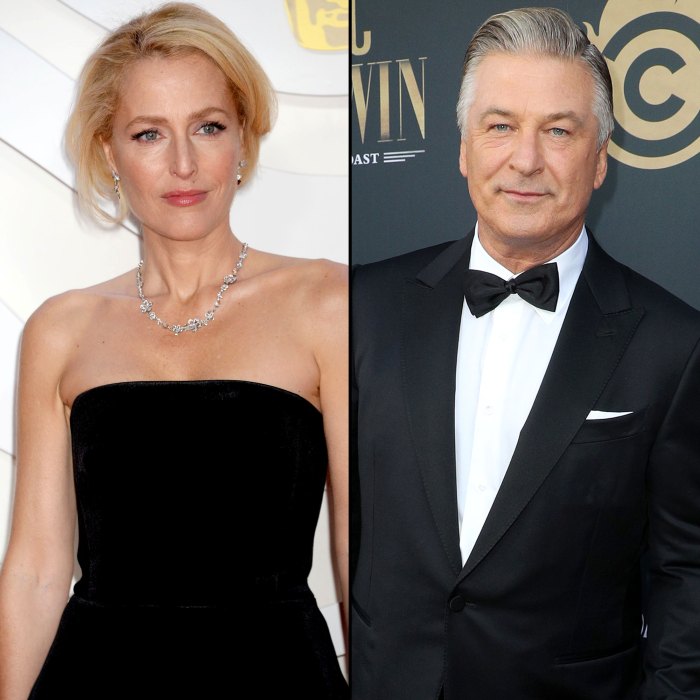 The 30 Rock alum, 62, came under fire on March 3 when he tweeted about Anderson bouncing between accents after his wife, Hilaria Baldwin, was accused in December 2020 of faking her Spanish heritage. “Switching accents? That sounds … fascinating,” he tweeted at the time.

Later that day, Alec deactivated his Twitter account and addressed the controversy in an Instagram video. He said that his remark was “not meant to be offensive” before adding, “The person I was referring to is someone I am a huge fan of … and that comment was meant to just illustrate the point that multicultural expressions of anyone … that’s your business.”

The former Saturday Night Live star additionally argued that “you can’t do any irony in the United States anymore, because the United States is such an uptight, stressed-out place and unpleasant place right now.”

Anderson was born in Chicago and moved to London at 5 years old. When she was 11, she returned to America with her family, and they lived in Michigan. Her family would still travel between the two countries after moving back to the U.S. 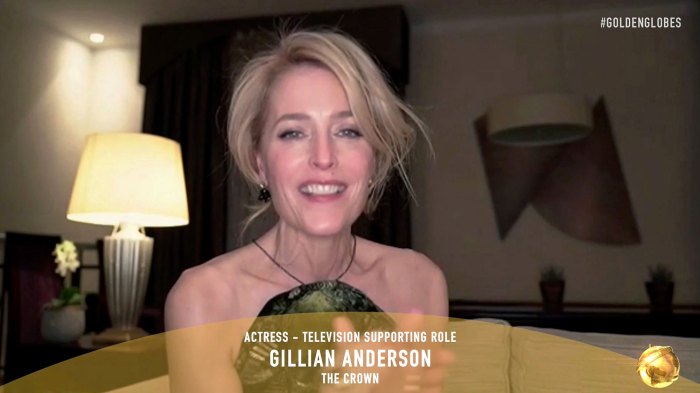 Gillian Anderson, winner of Best Performance by an Actress in a Supporting Role in a Series, Limited Series or Motion Picture Made for Television for “The Crown”, speaks at the 78th Annual Golden Globe Awards on February 28, 2021. NBC

The Sex Education actress’ upbringing in both regions has led to her adapting and using different accents over the years.

“Even on the phone, my accent will change,” she told The Telegraph in 2009. “Part of me wishes I could control it, but I can’t. I just slip into one or the other. When I moved to the States, I tried hard to cling on to my British accent because it made me different.”

‘I’ve continued to foster through the pandemic but its been a very tough year’, Fabulous’ Mum of the Year 2020 reveals