Take care! Garth Brooks and Trisha Yearwood were both tested for COVID-19 after a member of their team contracted the virus a few weeks ago. On Wednesday, February 24, Brooks announced that his wife received a positive test result while his result remained negative.

“The Queen and I have now tested twice,” Brooks, 59, wrote in a statement posted on his Facebook page. “Officially, she’s diagnosed as ‘on her way out of the tunnel’ now, though, which I’m extremely thankful for.” 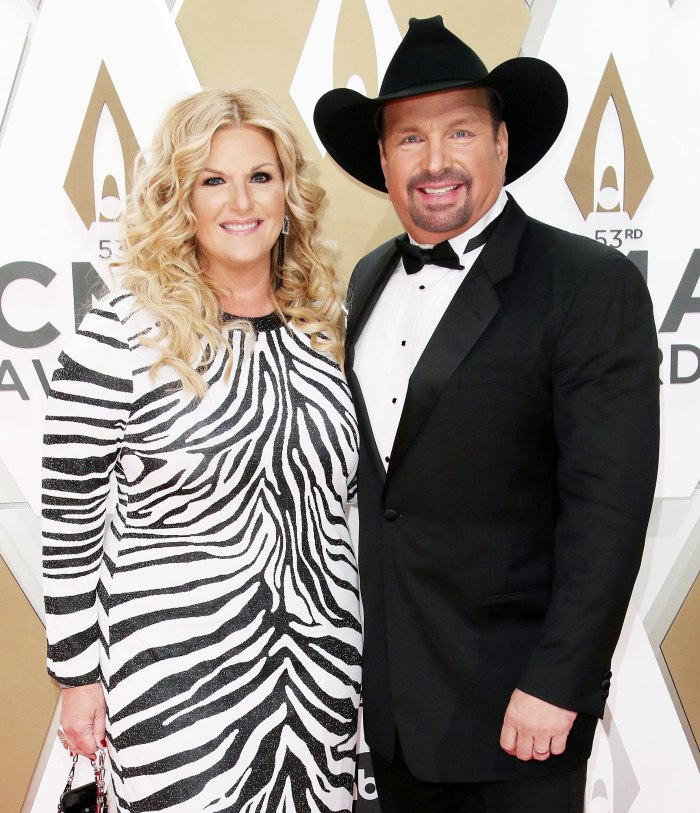 “Living with her, I sometimes take it for granted she’s one of the greatest voices in all of music, so the possible long-term effects on her concern me as her husband and as a fan,” he continued. “We’re very lucky she is currently under the greatest care in the best city for treating and healing singers.”

Brooks and Yearwood are no strangers to COVID-19 scares. Last July, a member of their camp was possibly exposed to the virus. At the time, the couple posted statements to their respective Instagram pages, confirming they would take a few weeks off of work to quarantine.

The Grammy Award winners tied the knot in 2005 after many years of friendship. The pair is extremely close, having told Us Weekly exclusively before the pandemic even began that they spend only five days apart each year. “We really have made a conscious effort since getting married to not be apart, so we’ve toured together. If I’m doing something, he’ll be with me, even if you don’t see him, he’ll be in the hotel or around,” Yearwood told Us in February 2019.

They have been quarantining together in Tennessee for the last few weeks. Less than a week before entering their quarantine, Yearwood and Brooks released a cover of “Shallow” across streaming platforms.

In his statement, the “Friends in Low Places” singer encouraged fans to send prayers and positive thoughts to his wife. “If anyone asks, that’s what you can do for her. That’s what I’m doing,” he said.

Fans were quick to take the crooner’s advice, sharing their own positive stories of COVID-19 recovery on his Facebook.

“Anyone who knows me knows my world begins and ends with Miss Yearwood, so she and I will ride through this together,” the Oklahoma native said. “And anyone who knows [Trisha] knows she’s a fighter and she’s been doing everything right, so I know we’ll walk out the other side of this thing together.”