FROM the UK’s youngest breakfast radio show host to the pop star tipped for the top – there’s plenty of women we’ll all be talking about this year.

Here, we chat to four Fabulous rising stars to find out how they got here and what’s in store.

GEORGIA Buchanan AKA Call Me Loop, 30, from Surrey, is ready to take the pop world by storm with her infectious self-penned tracks.

Her first single Looking At You was streamed more than 100,000 times in its first 24 hours on Spotify. 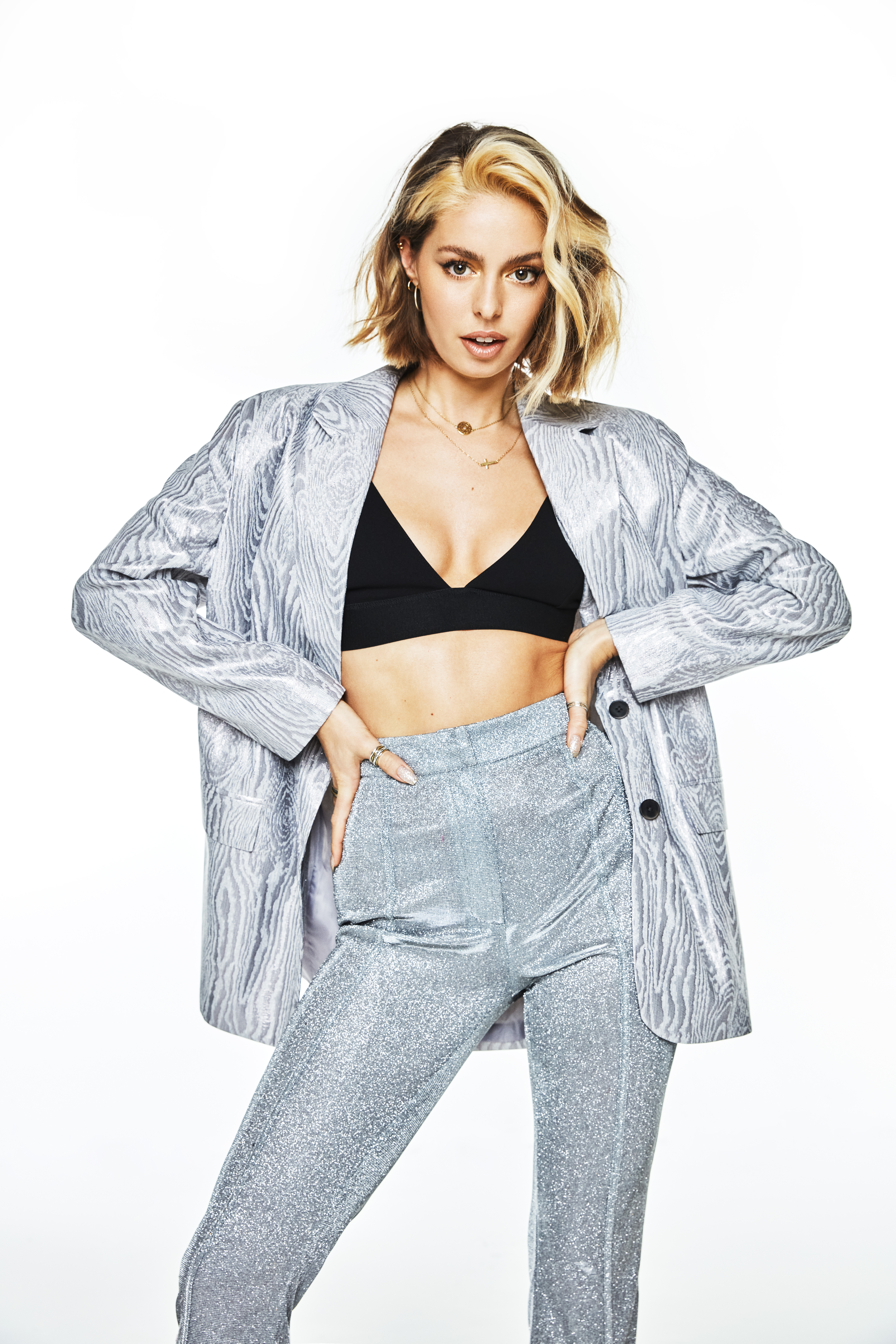 Call Me Loop’s first single was streamed more than 100,000 times in its first 24 hours on SpotifyCredit: Mark Hayman

How did you come up with your name?

My mum would call me Loopy. It started as Georgie Lou then Loopy Lou, then just Loop.

When I wanted an alias, it felt the obvious choice because of the musical connotations. I like that it’s a bit different for a female pop star, but that’s who I am.

Have you always wanted to be a singer?

From the minute I realised I could sing when I was four years old, you couldn’t shut me up. I loved pop music and I started writing pop songs when I was at school.

I would make my friends perform like a girl band at the end of lunch. We must have been very annoying.

Elton John played your track As If on his Apple Beats 1 Radio show. How did that feel?

Elton personally picked my song for his Rocket Hour show. As If is a bit funky and I can see why it appealed to him. It was cool to hear him say my name! 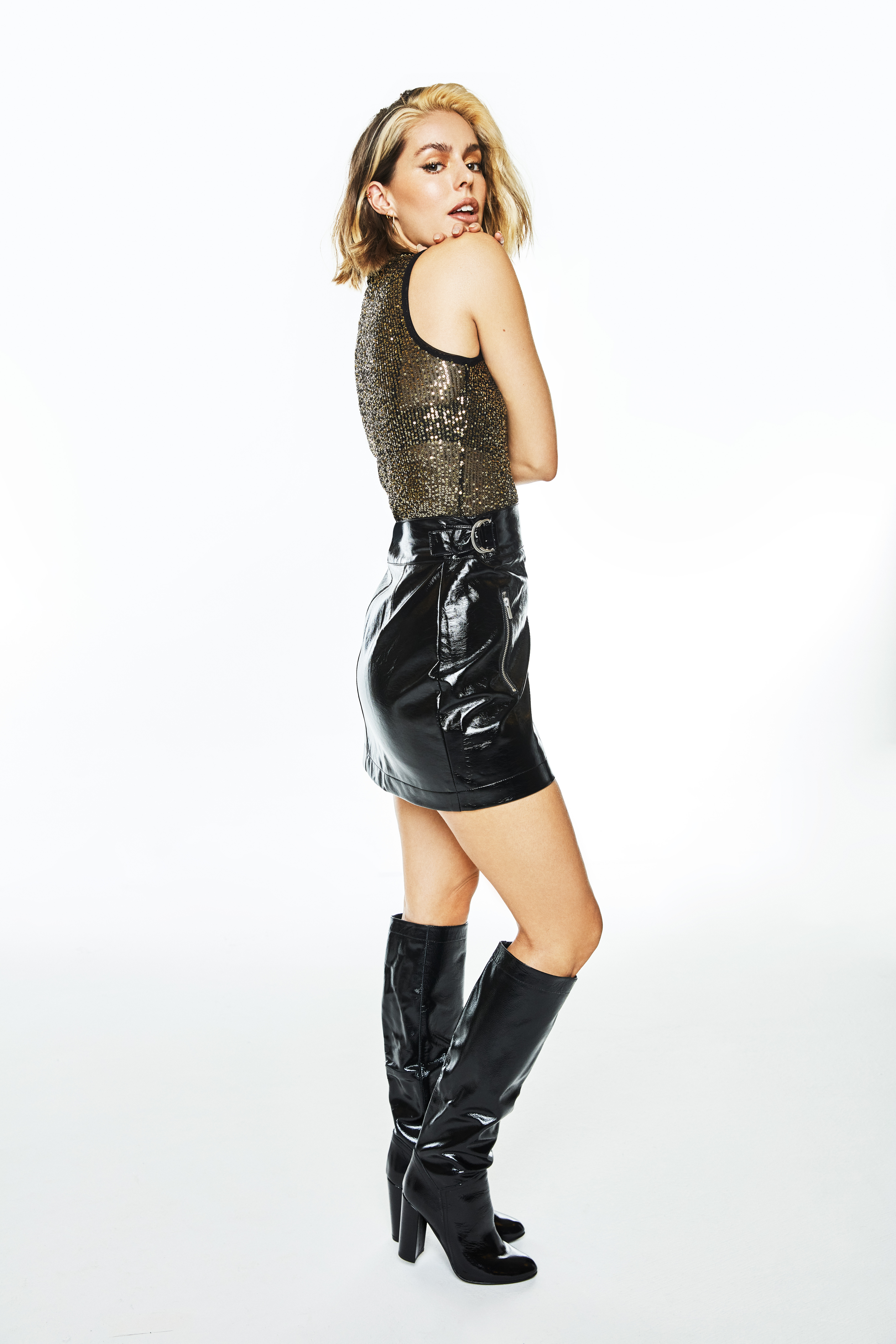 Georgia, 30, says ‘we shouldn’t perpetuate that you have to be a tween to succeed in pop’Credit: Mark Hayman

You also wrote the Pussycat Dolls’ comeback single React. How did that come about?

That was so cool! I wrote React about my boyfriend at the time a couple of years ago because he was such a lovely guy.

The track didn’t really work for me, but when I heard that the Pussycat Dolls were interested in it, I tried not to get too excited in case it didn’t happen. Then I got the demo of actual Nicole Scherzinger singing my song while I was on a bus and I burst into tears.

My ex-boyfriend said: “So, Nicole is singing about me…” It was such a moment when they performed it on The X Factor.

You’ve just turned 30. How do you feel about your career taking off as you enter a new decade?

I think in this industry, growing older can be scary because everybody’s supposed to be a pop star at 20.

But I do strongly believe that you’re not supposed to peak in your early 20s. We shouldn’t perpetuate that you have to be a tween to succeed in pop.

NYOME Nicholas-Williams, 29, from south London, has modelled for Adidas, Boots and Dove.

Last summer she forced Instagram into changing its nudity policy by starting the campaign #IwanttoseeNyome and arguing that removing an image of her holding her breasts demonstrated racial bias. 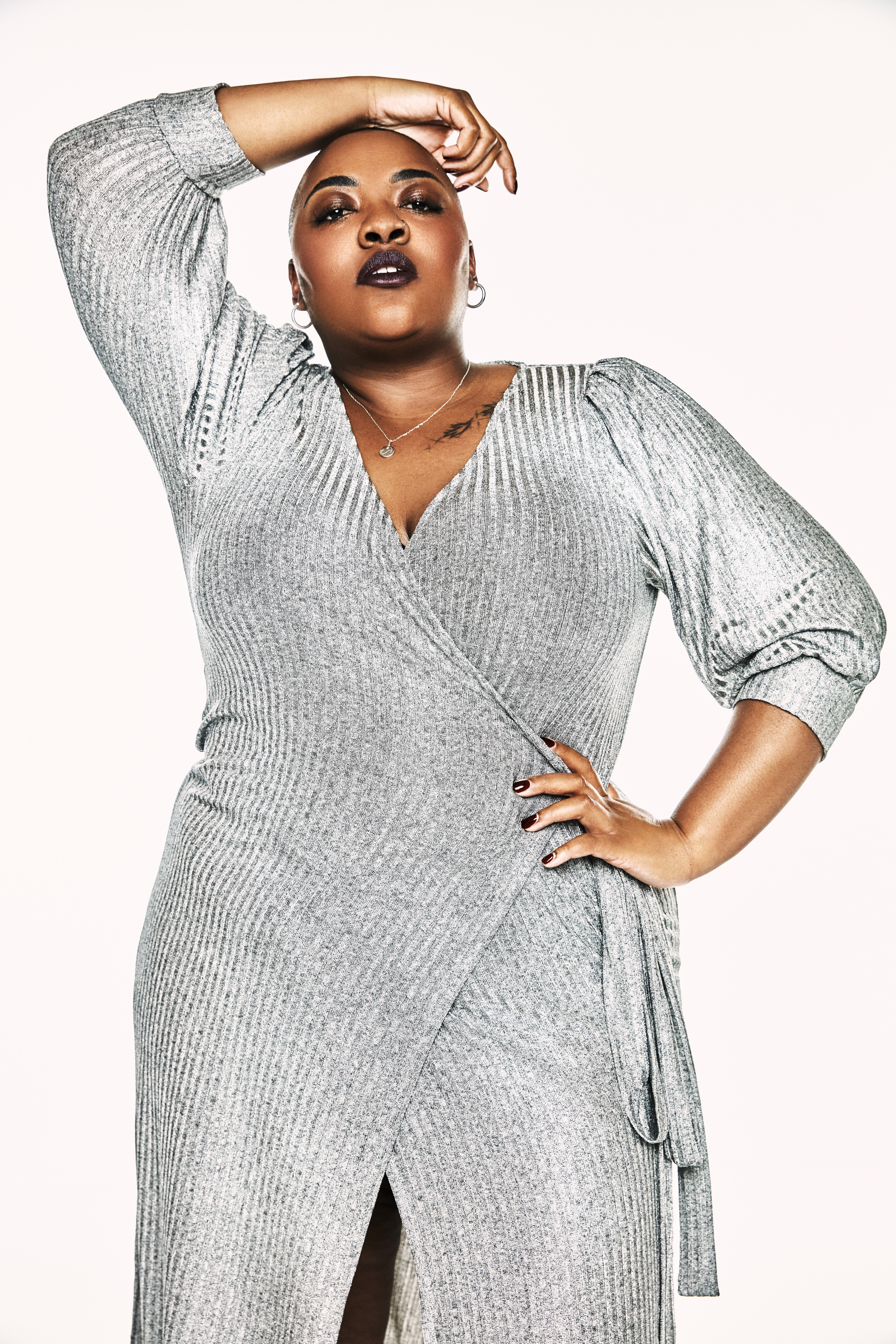 It was a lot of hard work. I can’t take all the credit for it. A group of us just said: “We’re not going to stand for it any more.”

We started the hashtag and it went from there as a community of women came together and spoke up. I’m glad there’s been a change, but there’s still more to do.

Would you consider yourself a model or an influencer?

I like to call myself a model with influence – I don’t like the term influencer. I was a photographer first, but then someone said: “You have a great face, why don’t you model?”

And I said: “Hello… body doesn’t match face in this industry.” But I entered a competition for a big brand and got to the final 30 and there was such a variety of bodies and I thought: “Maybe I can do this”. 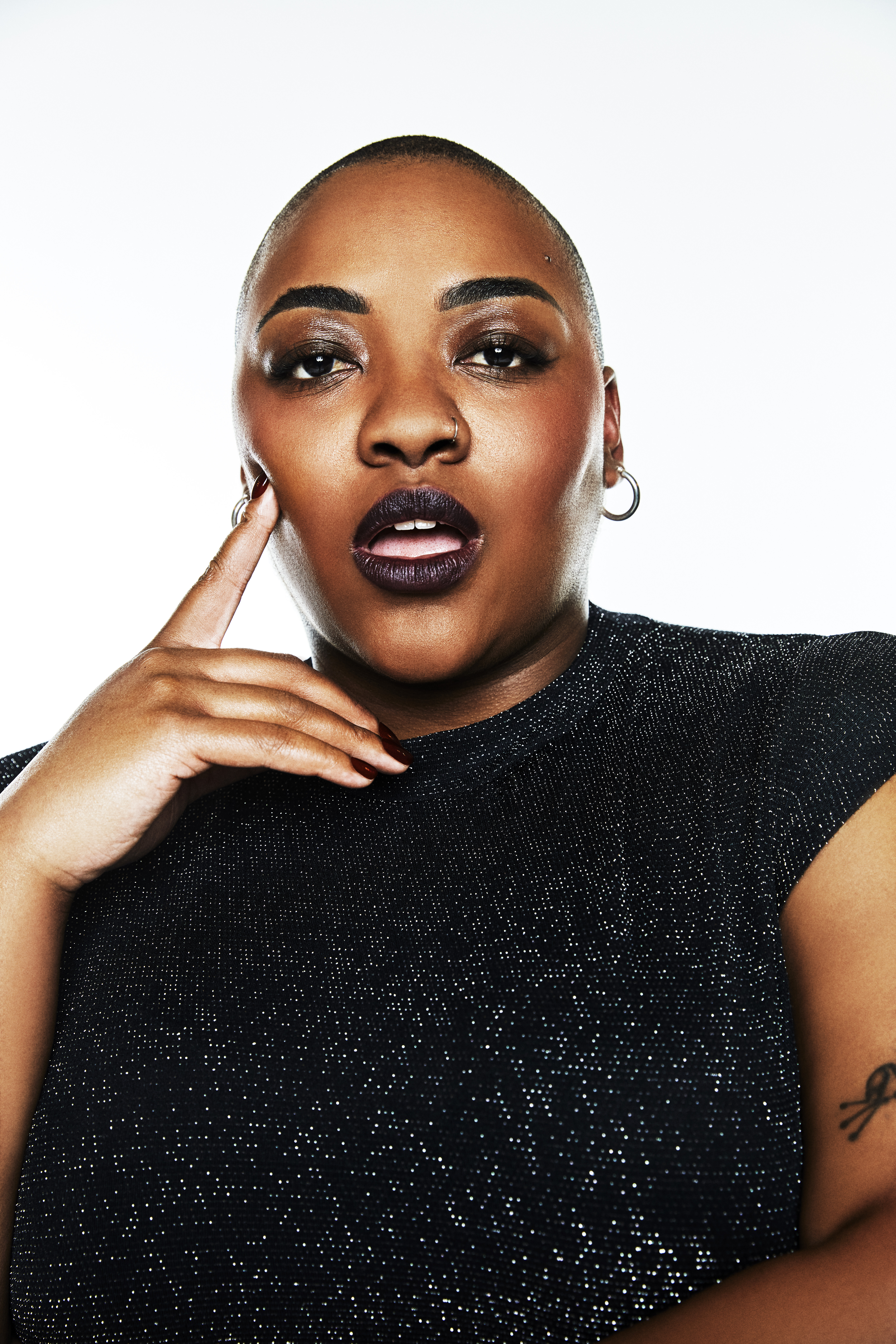 The model is pushing for more change on Instagram and one day hopes to be in British VogueCredit: Mark Hayman

Do you think fashion has become more diverse?

I think brands will say they’re being diverse because they’ve got this person in their campaign, but it still feels like box-ticking. Also, I’ll be included in campaigns but then my size won’t be there on the rail of clothes to wear.

There’s maybe only one option for me on set while everyone else has got like 10,000 to pick from. It’s very frustrating.

What advice do you give to people to feel body-confident?

Be patient with yourself. I had to learn to be nice to myself. I say positive affirmations every day in the mirror: “I am, I have and I can.”

I want to keep pushing for more change on Instagram and I’d love to be in British Vogue. I want to show people that big, black bodies can do high fashion. It wouldn’t be just for me but for other black women and plus-size women in general.

STEFF Todd, 27, from Settle, Yorkshire, kept us all laughing during lockdown with her hilarious impersonations, including Yorkshire Kylie Jenner, Gemma Collins and Cheryl.

Her popularity exploded after her video of the Love Island contestants went viral. 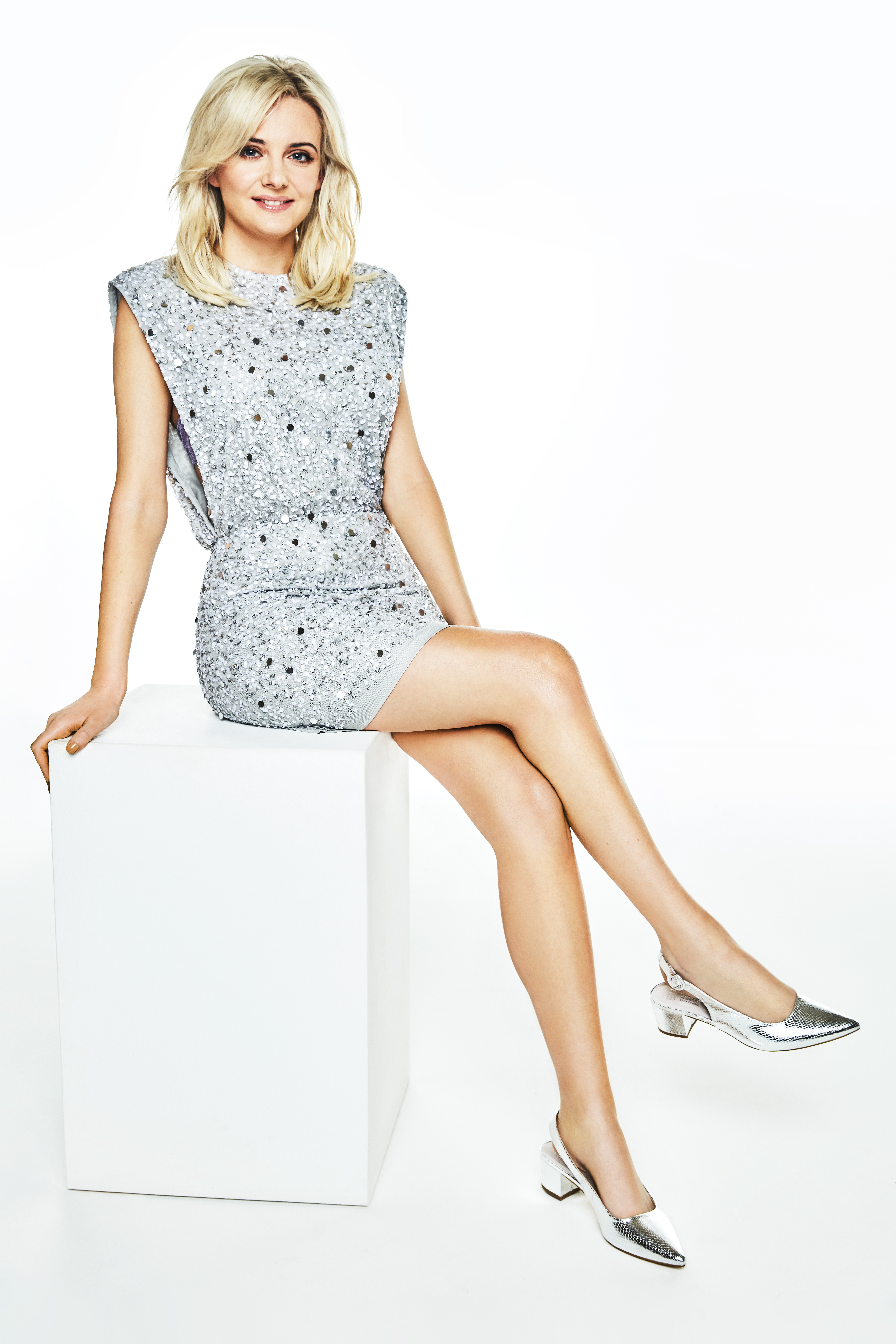 When did you realise you could do impressions?

I was always messing about doing these silly videos with friends. The first video I uploaded was of Katie Price.

I had a bit of wine before I did it but then people liked it. I did Love Island impressions because I loved it. It’s easier if you watch something loads.

Is it embarrassing to do a celebrity impression in front of the person?

Yes, I did that with Amanda Holden. She thought she didn’t have a distinctive voice. I said: “Um, firstly it’s your laugh, then you always say: ‘Well, quite frankly.’” She was so nice about it so it’s all good.

Has anyone ever been offended?

No, though I do worry so I never tag people in their impressions. I wouldn’t want anyone to be upset. Celebrities react so positively, though.

Sharon Osbourne shared hers on Instagram and I was blown away because I love her. 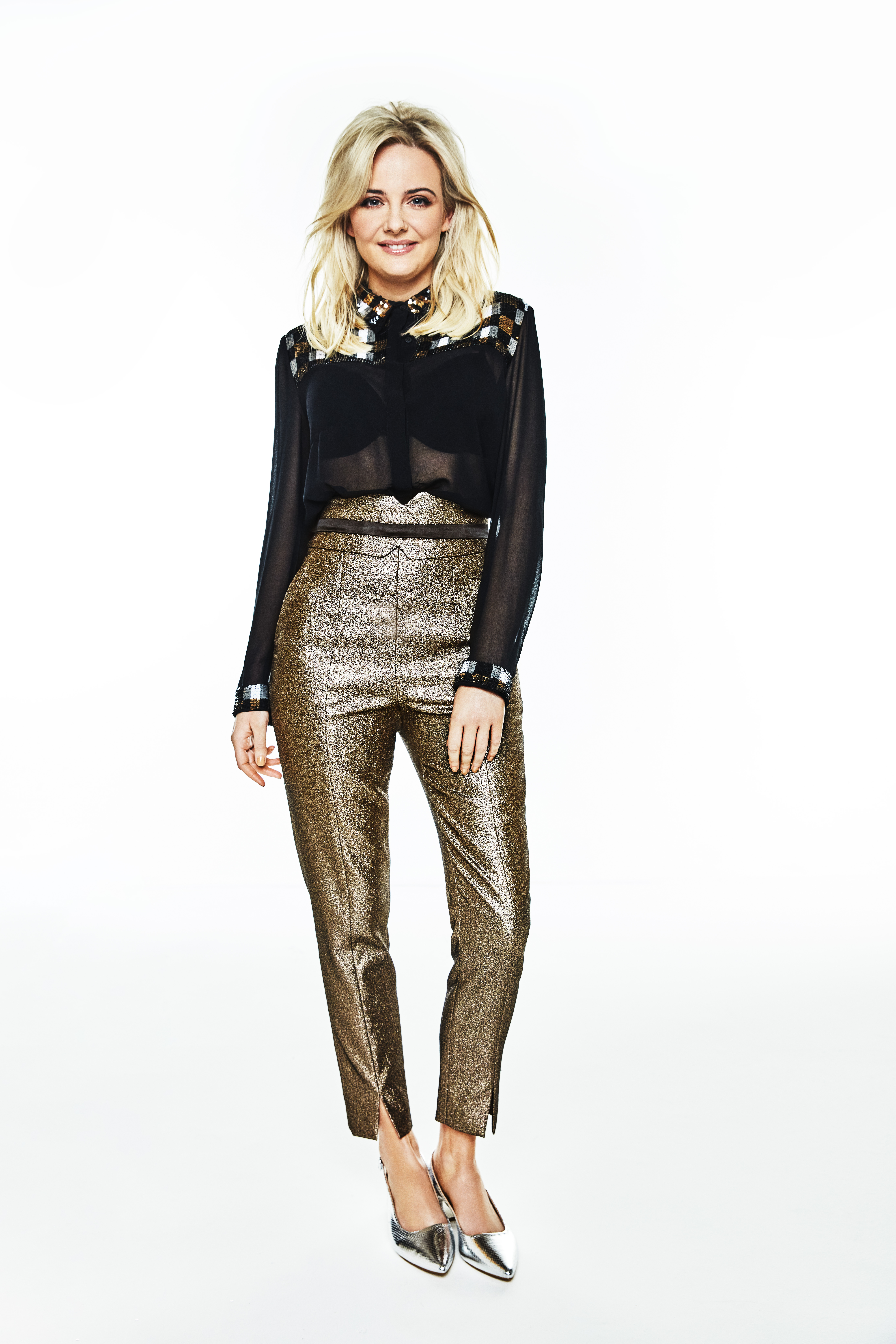 She says she feels she entered the world of comedy ‘at a time where there is space for women’Credit: Mark Hayman

You performed with Iain Stirling over the summer. Did you do your impression of Laura Whitmore for him?

I worry about doing accents as I’m like: “Wow, what are you doing?!” when people try to impersonate the Yorkshire accent, but Iain said they both liked it. It must be weird to see someone pretending to be you!

One of your most famous sketches is Yorkshire Kylie Jenner. Have any of the Kardashians been in touch about it?

I don’t think they’ve seen it. I wonder what they would think about the references to Greggs, River Island and TK Maxx.

If Kylie looked at my Instagram, she’d wonder why I have so many pictures of her. I look like a big fan.

Is there anyone you can’t do?

Holly Willoughby. It’s getting there but I find her quite tricky.

Comedy is known for being a “boys’ club”. Have you found that?

Every time I do gigs there are loads of women – in fact, the first competition I did was called Funny Women. So I feel that I have come at a time where there is space for women.

DAISY Maskell, 23, from London, is the youngest ever national breakfast presenter on commercial radio after landing her Kiss Fresh show at just 21.

She also spoke in the Houses of Parliament about improving diversity in radio. 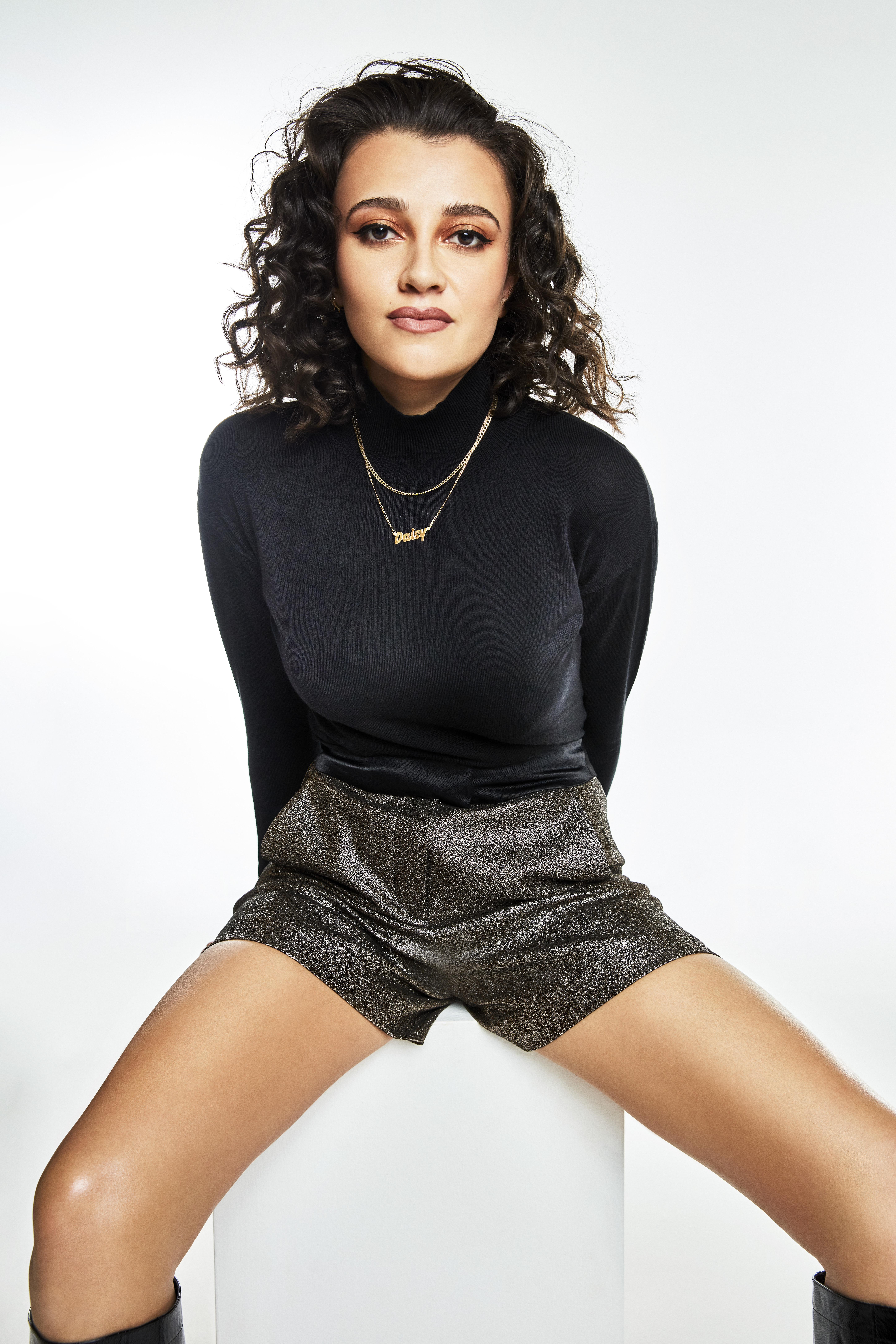 You had no experience on radio when you got your job at Kiss FM. How did you do it?

By completely winging it! I left school before I even finished my A levels. I made a show reel and handed it out to TV studios and radio stations including Kiss.

Two years on from that, I walk into the same reception and my face is on the screen behind the desk.

As a breakfast show host do you miss being able to stay up late partying?

I used to phone my mates on my way to work at 4am and they were going home from nights out! But I’m blessed to have found something that I hope to do for the rest of my life.

Having said that, the overnight team have seen me crash in the studios a few times after a night out, especially after the Brits. I do look back and think: “How did I get through the show feeling like that?” 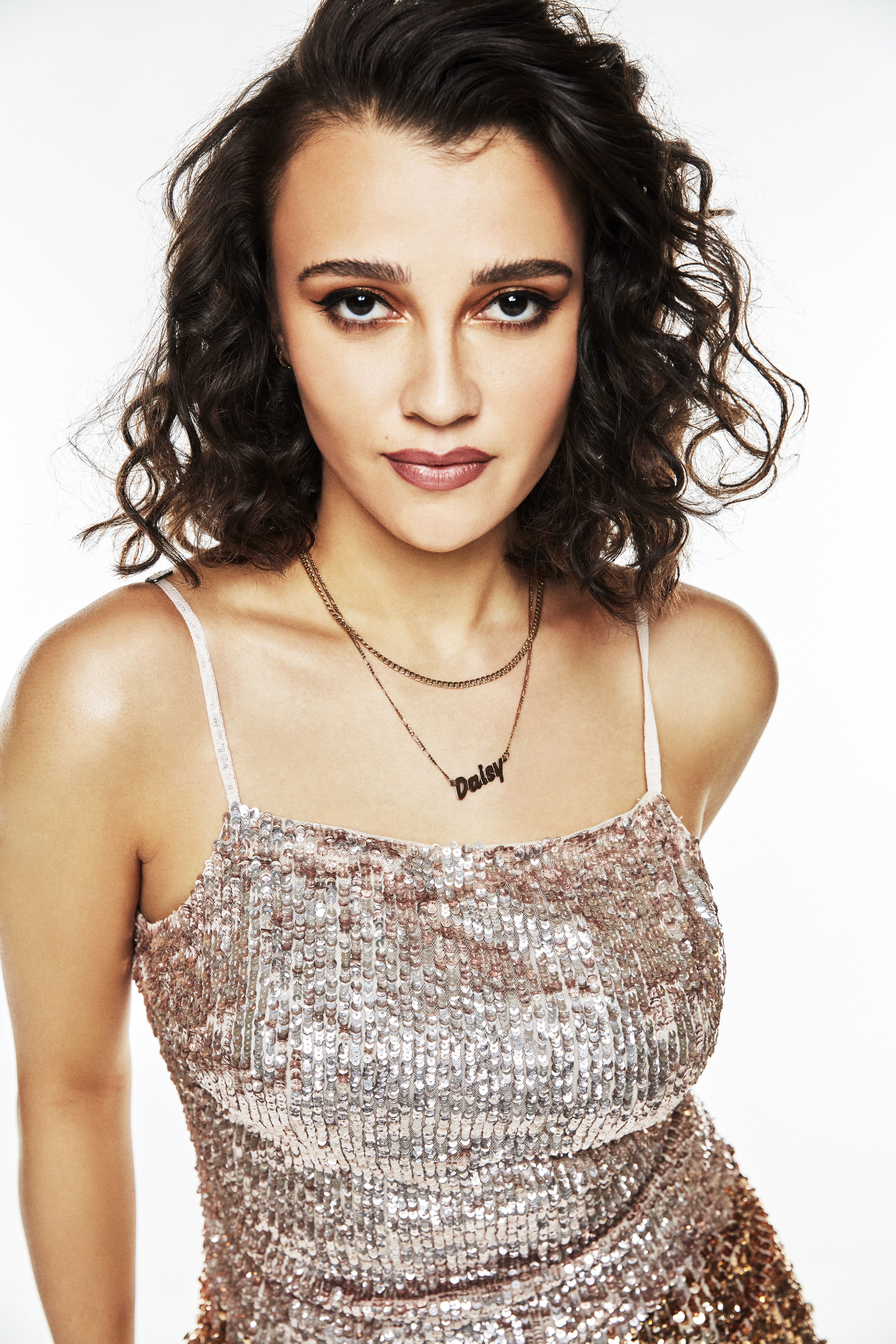 The presenter is working to make the media accessible to everyoneCredit: Mark Hayman

Who has been your best interview?

Growing up I always loved The Rock [Dwayne Johnson] and he really lived up to expectations.  Although he was so huge we had to pan the camera out to fit him all in!

Stormzy is great, too. I admire the way he introduces himself to every person in the room. It makes such a difference.

You spoke at a Houses of Parliament event about improving diversity in the media. How was that?

That was an honour and so important because I want this to be accessible to everyone. There were some really important people in that room and I felt like they responded to what I was saying.

I don’t want to just do this for me, I want to do this for people coming up and make sure they have every opportunity.

Your mum brought you up by herself – she must be so proud!

She’s so embarrassing! She’ll tell people in Sainsbury’s: “Do you know my daughter is on Kiss?” She’s not allowed to talk about my job in front of me any more, it’s too much.