Not here for the hate. Director Ben Winston only had positive things to say about Matthew Perry following the Friends reunion special, which dropped on HBO Max on Thursday, May 27.

“He was great. People can sometimes just be unkind. I wish they weren’t,” Winston, who pitched the Friends: The Reunion in 2019, said on The Hollywood Reporter‘s “TV’s Top 5” podcast on Friday, May 28. “I loved working with him. He’s a brilliantly funny man and I thought he had some great one-liners in the show. I felt just happy and lucky to be in his presence and directing him on something like this.”

The 51-year-old actor, who has been open about his struggles with addiction through the years, appeared on the two-hour special alongside his Friends costars, marking the first time the group was back together on TV since the 2004 finale. 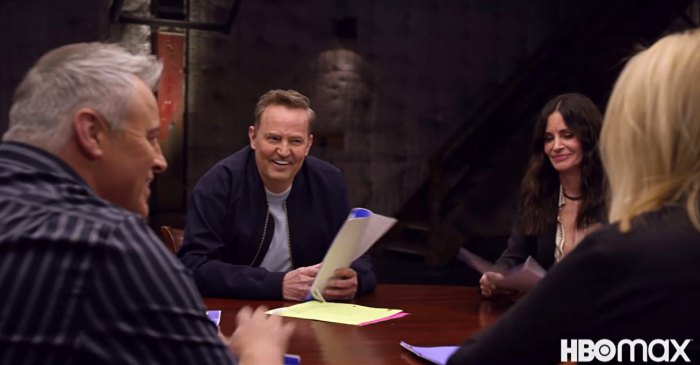 “I talked to him. It was great seeing him again,” Friends producer Kevin S. Bright told The Hollywood Reporter in a separate interview about the special. “And what people say is what people say. I don’t have any to say about that, except it was great to see him. And I think he’s very funny on the show. But yes, I think he’s OK. He seems stronger and better since the last time I saw him, and excited about going forward.”

Following an injury in 1997, the Odd Couple actor became addicted to Vicodin and checked into rehab later that year. In 2000, he was hospitalized with pancreatitis due to his alcohol abuse. The following year, he returned to rehab.

“I had this odd rule that I would never drink on a set,” he told The New York Times in 2002. “I went to work in extreme cases of hangovers. It’s so horrible to feel that way and have to work and be funny on top of that.”

The cast of Friends always supported Perry and did their best to be there for him however he could. 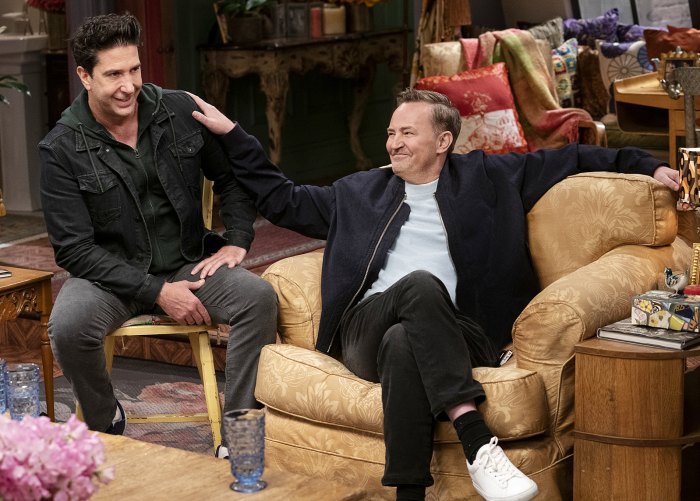 “Hard doesn’t even begin to describe it,” Lisa Kudrow said during the interview. “When Matthew was sick, it was not fun. We were just hopelessly standing on the sidelines. We were hurting a lot. Matthew is one of the funniest people I’ve ever met in my life. He’s charming and hilarious. Most of our hard laughs came from Matthew.”

In 2011, he went to rehab again. “I’m making plans to go away for a month to focus on my sobriety and to continue my life in recovery,” he said in a statement at the time. “Please enjoy making fun of me on the World Wide Web.”

In addition to acting, the Whole Nine Yards star focused on helping others, turning his Malibu beach house into a men’s sober living facility called Perry House in 2013.

“I’ve had a lot of ups and downs in my life and a lot of wonderful accolades,” he told The Hollywood Reporter that year. “The best thing about me is that if an alcoholic comes up to me and says, ‘Will you help me stop drinking?’ I will say, ‘Yes. I know how to do that.’”

Mum in hysterics at ‘sweet note’ her son left his dad

Dustin Poirier has ‘big-time advantage’ over Conor McGregor with age on his side, says Hollywood hero Sylvester Stallone