Opening up. FKA Twigs went into detail about the abuse she allegedly experienced while dating Shia LaBeouf after her December 2020 accusations against him made headlines.

“It’s a miracle I came out alive,” the 33-year-old British singer (born Tahliah Barnett) told Elle in a candid interview published on Wednesday, February 17, describing the “calculated, systematic, tricky and maze-like” dynamic between her and her 34-year-old Honey Boy costar.

The “Cellophane” singer dated LaBeouf from mid-2018 to May 2019 and filed a lawsuit against him last year, claiming that she had suffered “relentless abuse,” including sexual battery, assault and infliction of emotional distress, during their relationship. The Grammy nominee also alleged that the Even Stevens alum knowingly gave her a sexually transmitted disease. 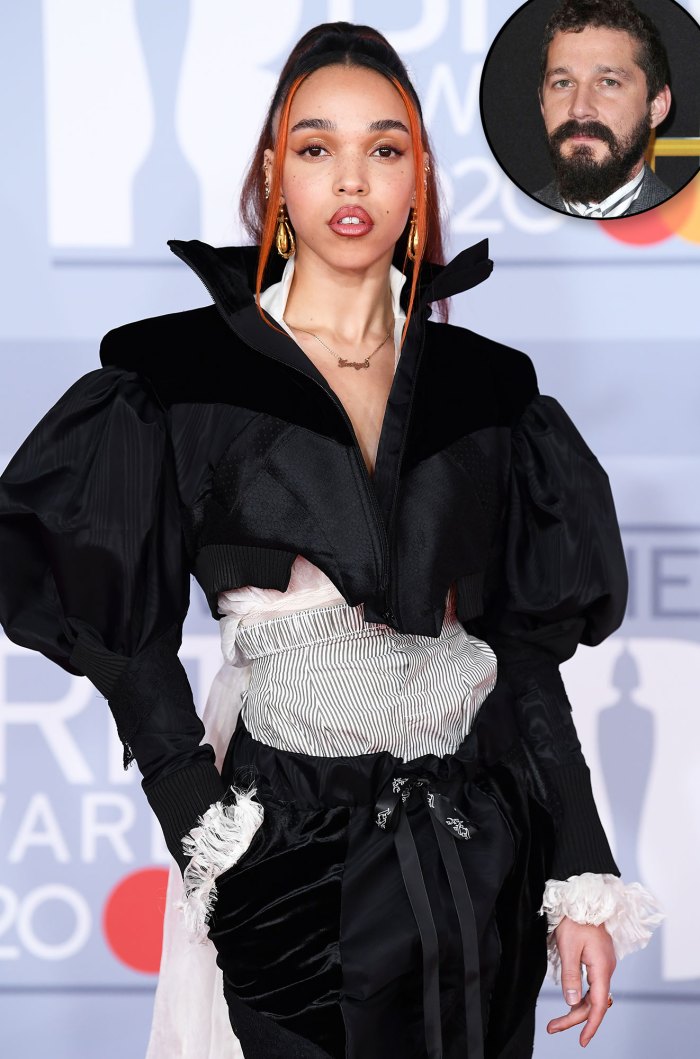 While speaking with Elle, Twigs noted that her ex’s allegedly abusive behavior grew at a gradual pace. “If you put a frog in a boiling pot of water, that frog is going to jump out straight away,” she explained. “Whereas if you put a frog in cool water and heat it up slowly, that frog is going to boil to death. That was my experience being with [LaBeouf].”

In her lawsuit, Twigs outlined a February 2019 incident during a visit to the desert, claiming that the Transformers actor repeatedly got angry with her and once woke her up in the middle of the night choking her. On their way home, LaBeouf allegedly drove recklessly without his seatbelt, threatening to crash the car.

According to the “Water Me” singer, the abusive behavior began long before that trip. She accused LaBeouf of requiring her to sleep naked, then comparing her to his exes. He also allegedly forced her to watch gruesome true-crime documentaries — often about women being violently killed — before they went to sleep.

“I would say to him, ‘I really don’t want to watch stuff like this before I go to bed. I’m sensitive, it affects me,’” the U.K. native told Elle. “It was so dark, and I was just like, ‘I can’t be totally immersed in this all the time.’ I was very intimidated living with him. He had a gun by the side of the bed and was erratic. [I never knew what would] make him angry with me.” 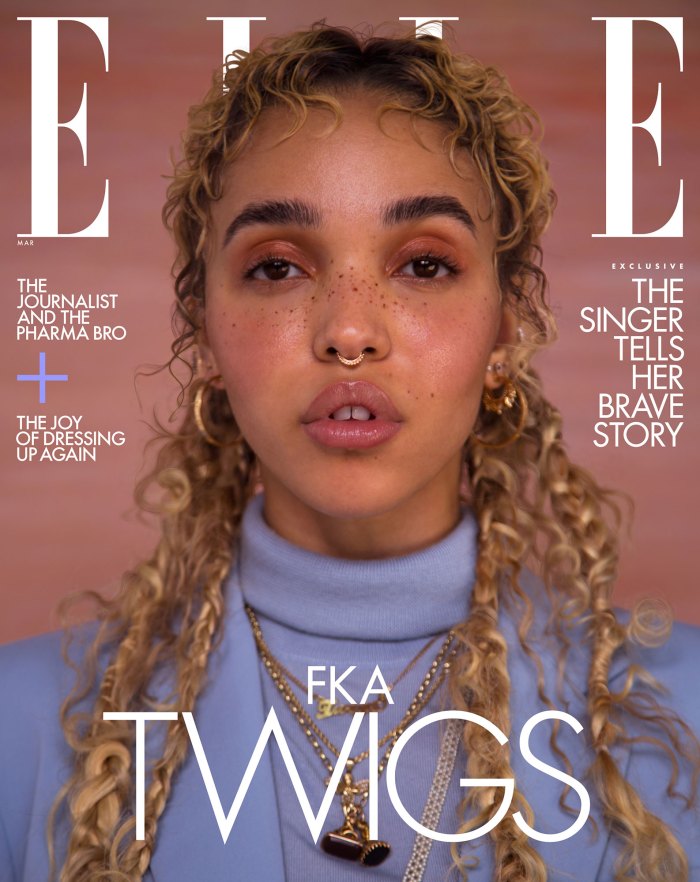 Twigs claimed that the gun first appeared in their shared bedroom in November 2018 and recalled being nervous to get up in the middle of the night out of fear that LaBeouf might mistake her for an intruder.

“I thought to myself, ‘If he shoots me, and then if there is some sort of investigation, they will put the pieces together. I need to leave little clues,’” she said, claiming that LaBeouf would brag about shooting stray dogs. “I said to him, ‘That’s really bad. Why are you doing that?’ And he was like, ‘Because I take my art seriously. You’re not supporting me in my art. This is what I do. It’s different from singing. I don’t just get up on a stage and do a few moves. I’m in the character.’ He made me feel bad, like I didn’t understand what it was like to be an actor or to do this.”

The musician tried to seek refuge with her friends but was afraid to be completely open about what she was experiencing. “I used to get this feeling of intense fear and shame, and I would evaporate from people’s lives,” she explained. “If you’re not talking to your friends or your family about what you’re going through, then there’s no one to regulate your emotions or affirm how you’re feeling. There’s no one to tell you that you’re in a dangerous situation.”

Shortly after her accusations made headlines last year, Twigs reflected on why she decided to come forward her story. “I hope that by sharing my experience I can truly help others feel like they are not alone and shed some light on how those who are worried somebody they care about may be in an abusive relationship can help because I understand it can be confusing and hard to know what to do,” she wrote via Instagram in December, calling the experience her “worst nightmare.”

Looking back on that period of her life, Twigs feels lucky to be alive.

“I honestly wish I could say that I found some strength and I saw this light. I wish I could say, ‘[It is] a testament to my strong character,’ or ‘It’s the way my mother raised me.’ It’s none of that. It’s pure luck that I’m not in that situation anymore,” she told Elle. “What I went through with my abuser is, hands down, the worst thing [I’ve experienced] in the whole of my life. Recovering has been the hardest thing I’ve ever tried to do.”

LaBeouf previously denied the allegations against him in a statement to The New York Times. The actor’s attorney, Shawn Holley, later told Variety that LaBeouf was planning to seek treatment.

“Shia needs help and he knows that,” the lawyer said at the time. “We are actively seeking the kind of meaningful, intensive, long-term inpatient treatment that he desperately needs.”

Lucy Hale Praises Colton Underwood After He Came Out as Gay