Standing together. Evan Rachel Wood shared abuse allegations made by several women about her ex-fiancé Marilyn Manson on Monday, February 1.

Shortly after the 33-year-old actress accused the 52-year-old rocker of grooming and abusing her for years, Wood reposted similar accusations made by four different women to her Instagram Stories.

“Brian Warner aka Marilyn Manson reached out to me on social media in 2010, asking if we could collaborate on a photo shoot together. As a photographer and admirer of his work, I was excited for the opportunity,” a woman named Ashley Walters wrote, alleging Manson got close to her to gather information to psychologically abuse her. “It felt like I was his property because [he] would offer me up for sexual encounters to please potential collaborators or friends and bragged that he could do so.” 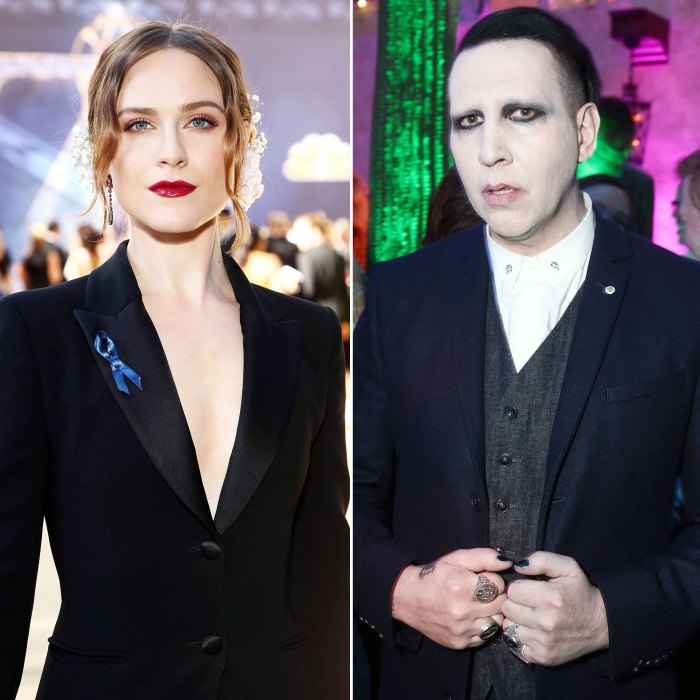 Walters, who noted she suffers from PTSD, called for the musician to be held accountable.

“I was emotionally abused, terrorized and scarred,” she claimed in her caption. “I was locked in rooms when I was ‘bad’, sometimes forced to listen to him entertaining other women. Kept away from certain friends or if I didn’t, he would threaten to come after them. I was told stories of others who tried to tell their story and their pets ended up dead.”

McNeilly alleged that she was once “thrown up against a wall and he threatened to bash my face in with the baseball bat he was holding, for trying to get him to pick out a pair of pants prior to a music video.”

Former model Ashley Lindsay Morgan, for her part, alleged that she was abused by Manson in 2009 and 2010.

“I was given rules and got ‘in trouble’ for any behavior he didn’t approve of. There was abuse, sexual violence, physical violence, and coercion,” she claimed. “I still feel the affects [SIC] everyday. I have night terrors, PTSD, anxiety, and mostly crippling OCD.”

A fourth woman alleged that Manson once “demanded” that they make a “blood pact” by breaking a wine glass and cutting their hands in a hotel room.

“He would tie me up for the first of many times and rape me. I sobbed on the floor in the hotel room and when I looked at him, he was smiling,” she alleged. “He told me he knew that’s how I loved him because of my reaction. He took naked photos of me without permission while I was sleeping and tied up, and sent them to his friends.”

Manson has yet to publicly comment on the series of allegations made against him on Monday. In August 2018, the Los Angeles District’s Attorney declined a case against Manson filed amid the #MeToo movement because the statute of limitations had expired and also due to ”absence of corroboration,” according to the court documents obtained by The Hollywood Reporter at the time.

More recently, in November 2020, his rep denied allegations that he abused Wood, to whom he was engaged in 2010. “Unfortunately, we live in a time where people believe what they read on the internet and feel free to say what they want with no actual evidence. The effects can be catastrophic and promoting non-fact-based information is wholly irresponsible,” the rep said in a statement at the time.

Us Weekly has reached out to Manson’s rep for comment.