NEWLYWED Emmerdale actress Fiona Wade opens up about finding love, enduring loss and – for the very first time – her lengthy battle with anxiety

Fiona Wade is gushing over her handsome husband, who cooks, cleans and sounds like the perfect man. She got hitched to actor and writer Simon Cotton just over a year ago and says she “waited so long to meet someone this amazing.” 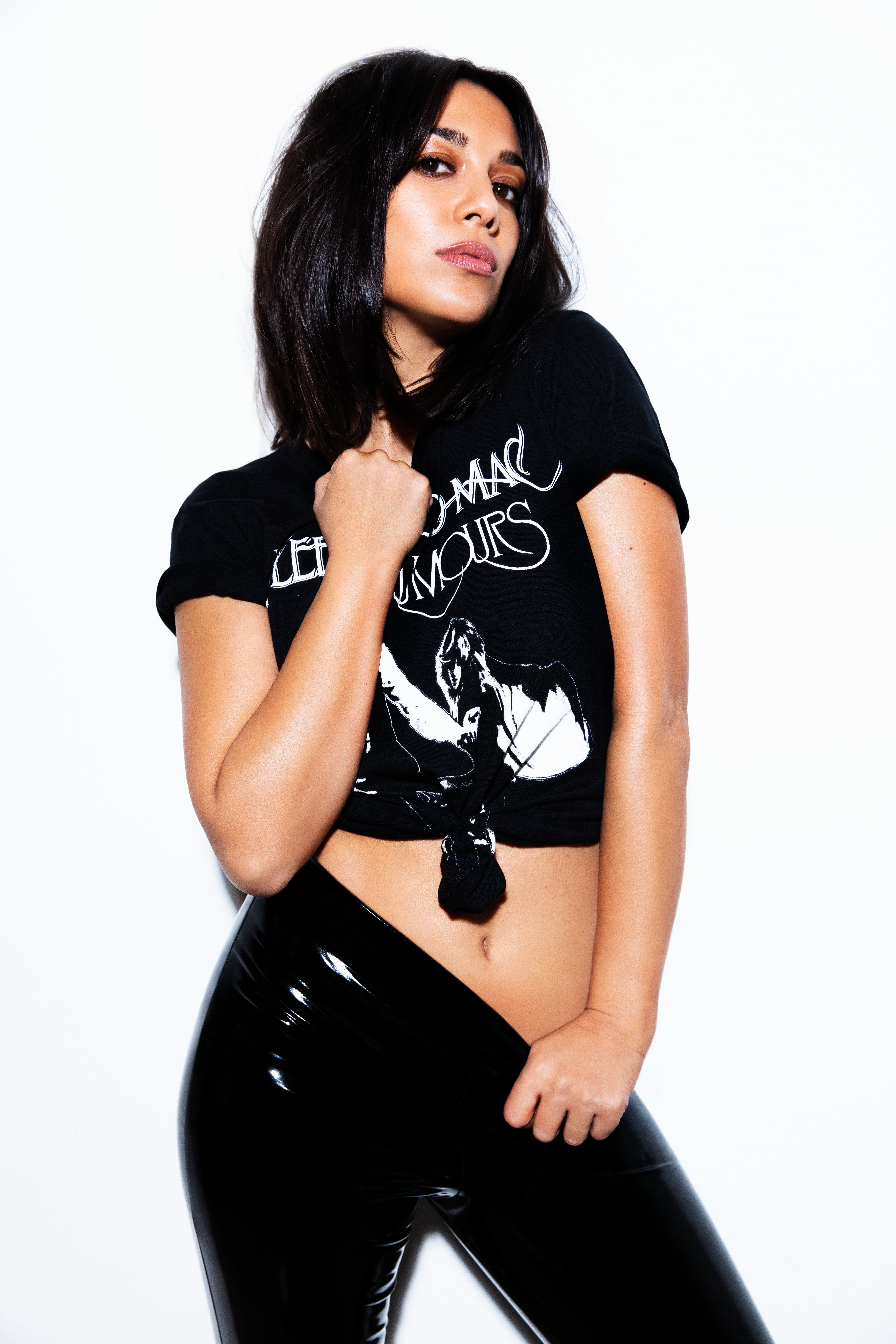 Fiona Wade opens up about finding love, enduring loss, and her anxiety battle

But there’s one part of being married that the Emmerdale actress can’t get her head round: taking Simon’s surname.

“We went to open a bank account and I went to say ‘Fiona Cotton’ and I couldn’t. I’ve always wanted to take my husband’s name, then I got married and I’m like ‘Fiona Cotton, Fiona Cotton…’ I struggled!

“I’m one of the last Wades in my family – the youngest girl on my dad’s side, and because he’s passed away, I don’t want to lose the Wade.”

Fiona, 41, who plays Priya Kotecha in ITV’s long-running soap and has starred in a wealth of hit TV shows, including Grange Hill, Holby City and Waterloo Road, is no stranger to walking her own path.

‘ANXIETY HAS BEEN A BATTLE FOREVER’

Because of her strict Bahá’í religion, before saying “I do” she had never lived with a man.

Then, following their fairy-tale Cotswolds wedding day in November 2019, Fiona and Simon, 36, moved in with her mum Teresita, 74, for 10 months before buying their first home in Hertfordshire last September.

Fiona lost her dad Colin to oesophageal cancer 17 years ago and has, she admits, endured “a lot of heartbreak” over the years. 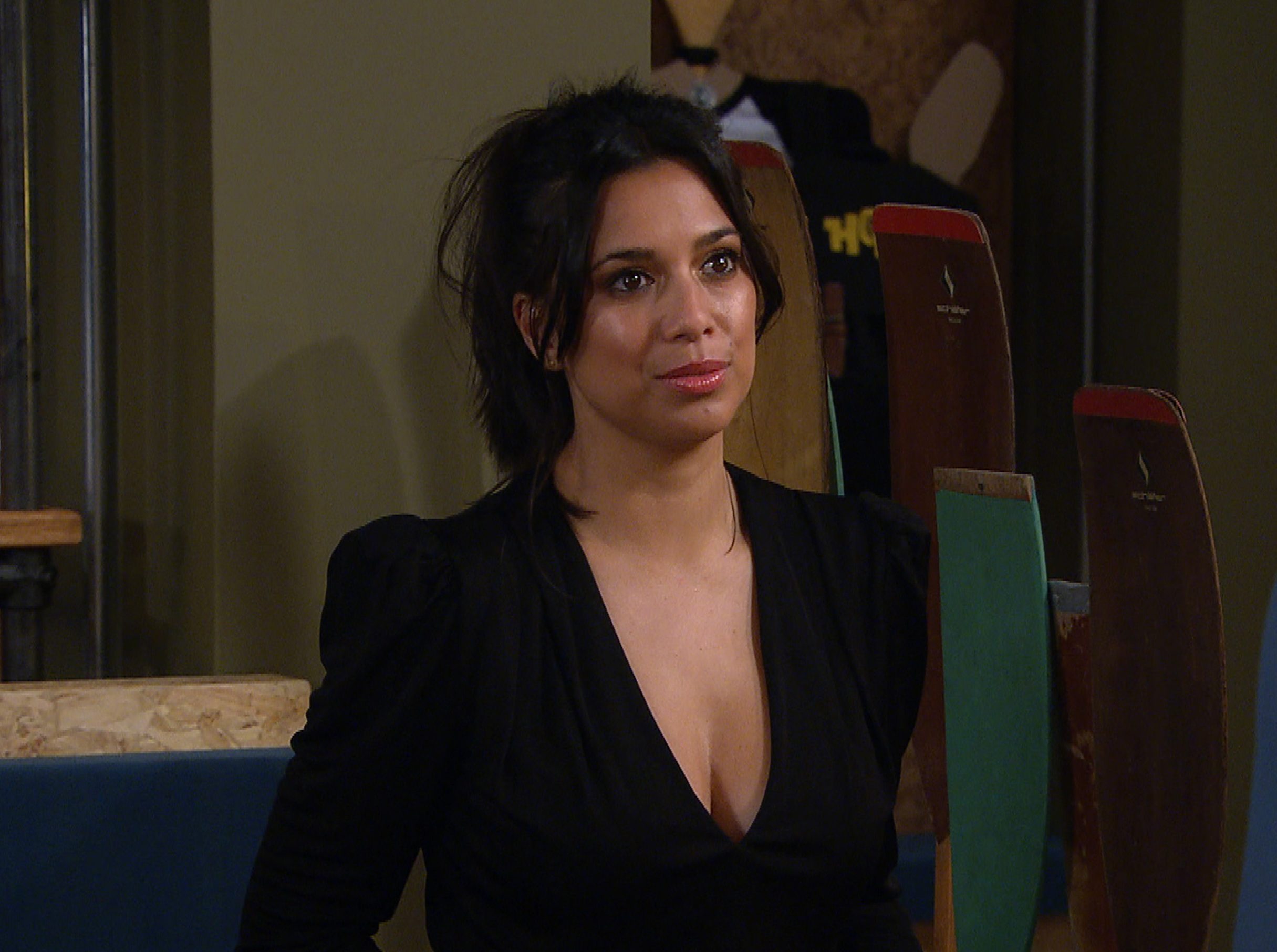 She has also struggled with her mental health. Chatting over Zoom from a hotel room in Leeds – her midweek home while filming Emmerdale – Fiona admits to a secret almost three-decade-long battle with anxiety.

“I’m a very positive person, so it’s weird to think I can be anxious and worried about things all the time.

But that’s the thing: you can be confident, love your life and be happy and still have the most crippling anxiety,” she says. “You just never know what’s going on with someone.”

Here, Fiona opens up about her struggle to control worries, reveals why finding true love has been a calming influence and explains how she is staying positive about her chances of becoming a mum one day. 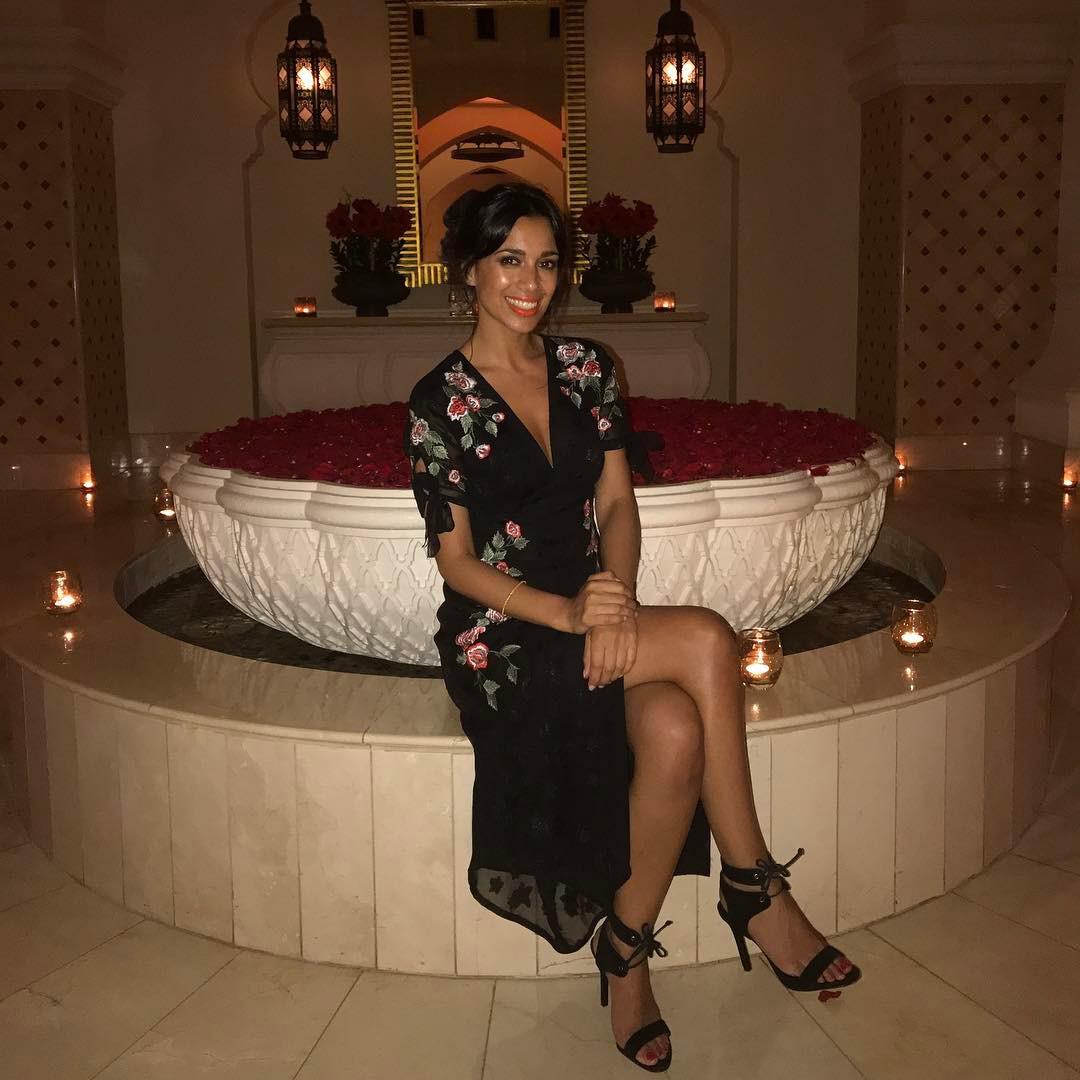 The stunning actress discusses her battle with mental health

When did you first begin suffering with your mental health?

It’s been a battle forever. My anxiety started when I was coming up to my GCSEs. I was about 16 and nobody at the time really talked about anxieties and mental illness, so I didn’t know what it was.

I was doing Miss Saigon in the West End and being driven [there] after filming a whole day on Grange Hill. It was a lot. I was an ambitious young girl who wanted to do everything.

At my lowest point, when I was a little bit older, I literally couldn’t even get on the train. I couldn’t do anything. Looking back, it was because I’d taken on so much. I was at a young age when I didn’t understand myself. Now I do and so it doesn’t stop me from doing anything.

How did the anxiety present itself?
It used to be panic attacks, which would be awful. Now it’s [more] worry. At times I feel so calm and that nothing can touch me.

Then it’s huge in my life and I can worry about every little thing, even whether I said hello to someone in the morning. I’ve had therapy over the years and it gets better, but it’s never gone. 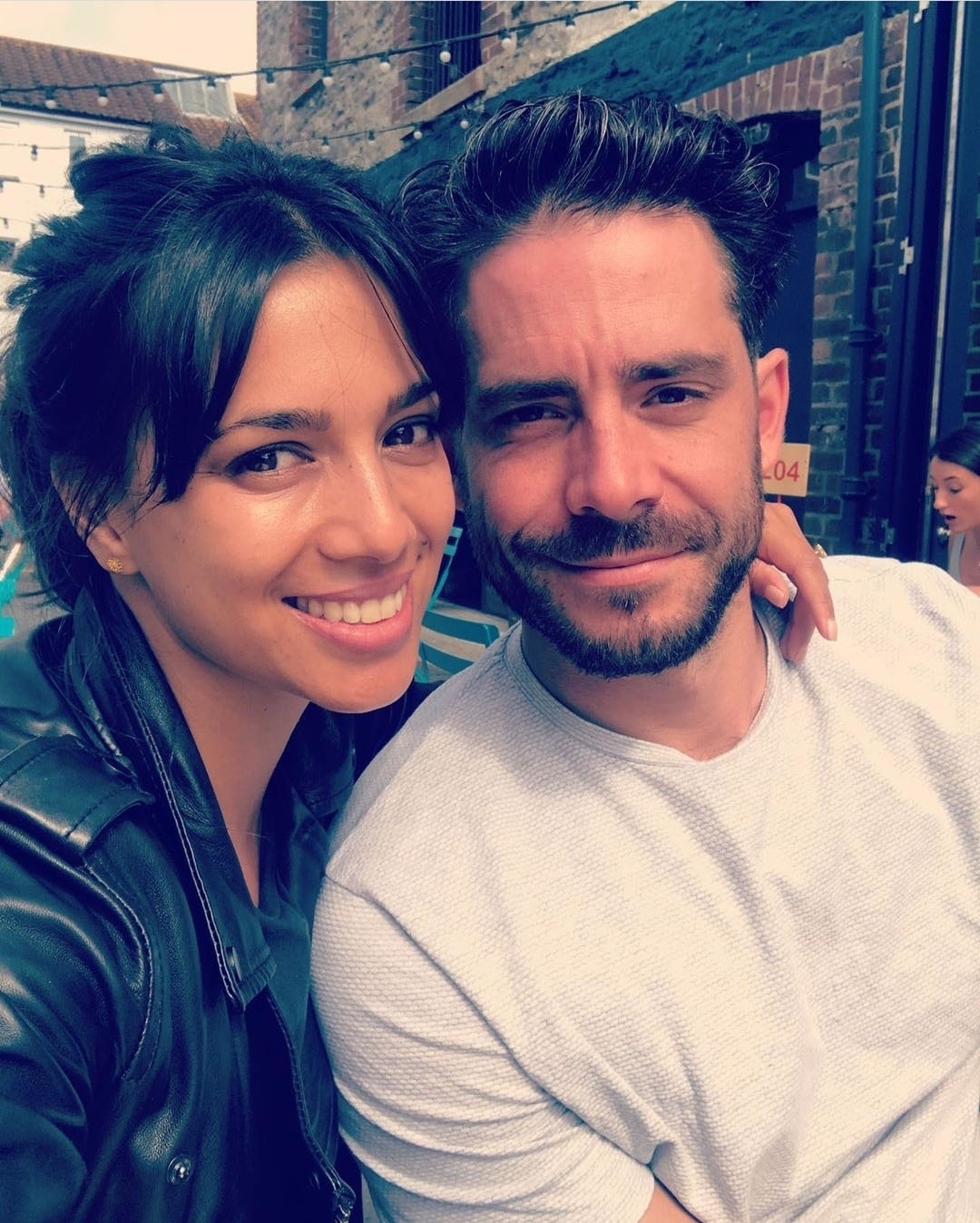 Fiona with her husband Simon Cotton

Do you use anything to combat it?

Doing yoga before work can literally change my day. I’m quite a mindful person and am aware of myself, so when I feel anxious I just need to talk it through.

You were 24 when you lost your dad. How have you coped with his loss?

I couldn’t imagine doing everything I’ve done, like getting married, without him there, but time goes on and, because of my faith, I really feel strongly that he’s with me.

Apart from physically, I don’t ever feel he left. I talk to him all the time. He’s there – he’s been my angel who’s brought me luck.

Did meeting Simon help you heal from everything you’ve been through?

Yes – on my wedding day, especially. Just before I walked down the aisle, I felt this peace in me, like every heartbreak, every relationship, every mistake had got me to where I was. It just felt so incredibly right. 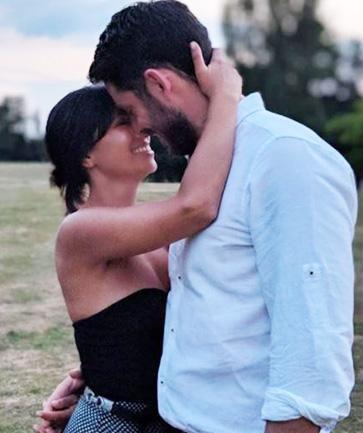 How are you finding living with a partner for the first time?

I’ve got very lucky. Simon’s really house-proud and I come back from Leeds on a Friday after a whole week of work and the place is spotless. He cooks every night for me. Sorry, I sound sickening!

When you first got together with Simon in 2018, after meeting on the Emmerdale set, did you know he was going to be someone special?

No! I had come out of something quite difficult, which had been on and off for quite a few years [so] I wasn’t going to rush into anything. I fell in love with him but it was considered love. I wanted to make sure I was with the right person.

Yes, absolutely. I put a lot of my life into my career and didn’t hit my mid-30s, panic and think: “I want a baby”. I wanted to find the right person and now that I have, we would love to have a baby. I never put pressure on myself but, at the same time, I’m aware of [my age]. I don’t want to miss the boat. You just have to hope and pray. 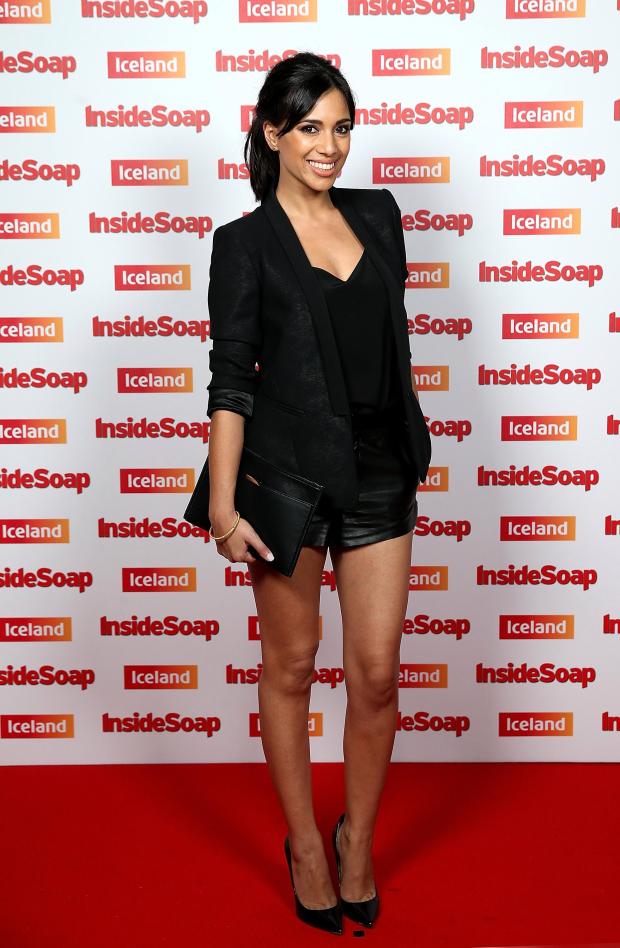 I don’t drink alcohol – I’ve never been drunk! It’s a faith thing, but also as I’ve got older I just feel like it was a good decision because I feel healthy and it’s kept me younger. That’s what people say!

This year you celebrate a decade in Emmerdale. Are you ready for a change?

I’m not somebody that would ever be anywhere forever. I like challenges, but right now I’m happy. Getting Emmerdale was a big break and a gift.

I was in my 30s so I wanted to have the chance to bed in and really make a character. Priya’s been so wonderful to play. She’s glamorous and princessy at times and a strong woman. I’ve had some great story lines.

What role would you just not be able to resist?

I’d love to do a great drama or a film. I’d also love to have a family, so we’ll see!