Ellen DeGeneres and Portia de Rossi had a weekend to forget, culminating in the Arrested Development alum undergoing an emergency appendectomy.

“It started on Friday in the evening around 7:30, and I had just tried one of those relaxing drinks. They’re called CAN. I don’t know if anybody’s heard of this, but it’s mostly CBD with a teeny, tiny two milligrams of THC,” the TV host, 63, said on The Ellen DeGeneres Show on Tuesday, March 23. “Chelsea Handler told me about them. So it was only a matter of time ’til I was topless. Anyway, she said these things are amazing, they help you relax. So, I’m sitting there watching TV with Portia, and Portia said, ‘I’m not feeling well. I want to go to bed.’ And it was like 8 o’clock. I’m not used to going to bed that early. We go to bed around 8:30.”

After taking two sleep vitamins, DeGeneres climbed into bed and started “conking out” when she heard de Rossi, 48, groaning in the other room. 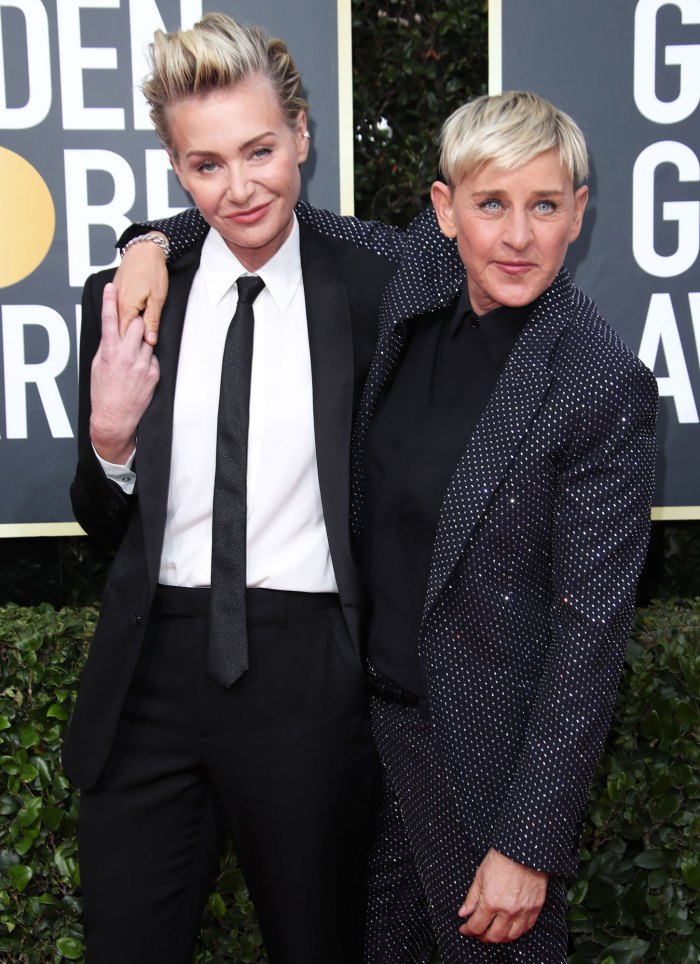 DeGeneres told viewers that her wife of 12 years was “in so much pain” en route to the nearest hospital, and she had no idea how to help.

“I grew up Christian Science, so my best guess was a demon,” she quipped. “Anyway, they gave her a CT scan, and I didn’t know what that was. They said CAT scan, and I thought, ‘Let’s leave the cat out of this.’”

After de Rossi was admitted to the hospital for surgery, doctors informed the comedian that she could not stay in the waiting room due to the COVID-19 pandemic. She returned home and received a call the next morning, notifying her that the Ally McBeal alum had to have her appendix removed.

“I’m Christian Science, so I said to the doctor, ‘Because of the demon? The appendix had the demon?’” DeGeneres joked. “Anyway, they hung up.”

The Presidential Medal of Freedom recipient assured fans that the operation went well and that de Rossi is “feeling much better” after returning home.

Us Weekly confirmed on Monday, March 22, that de Rossi had been hospitalized three days prior with appendicitis. A source revealed that DeGeneres was “taking care” of her longtime love, who is “all good now.”

The Finding Dory star had a health scare of her own in December 2020 when she tested positive for the novel coronavirus. After quarantining and recovering at home, she returned to her talk show in January.