Clearing the air. Dylan Barbour opened up about why he defended Jed Wyatt and spoke out against The Bachelor producers last month.

“This past weekend I got into the discussion of being in the public eye and its effects on mental health,” Barbour, 26, exclusively told Us Weekly in a statement on Tuesday, February 2. “I’ve seen a lot of people thrust into this level of notoriety, and with it comes immense scrutiny. And those same friends have had their mental health suffer tremendously from it.”

The Bachelor in Paradise alum said that he felt it was necessary to draw attention to the negative effects that can also come with being a part of Bachelor Nation — pointing out that he is one of the “lucky ones to have a great experience from this transition.”

He continued: “With that said, I believe the way the message was delivered was wrong. I’m appreciative of the franchise and the platform given to me, and that was not reflected.” 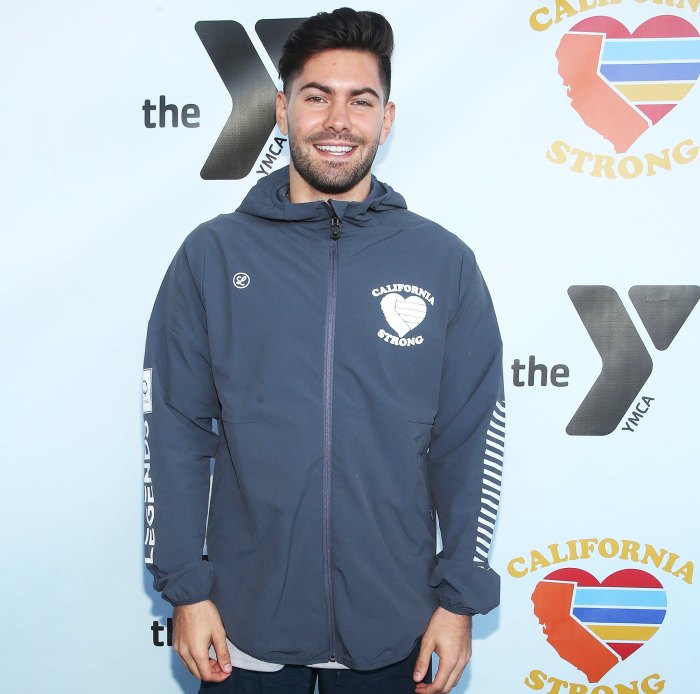 The former Bachelorette contestant, who was first introduced to Bachelor Nation during season 15 of the series, admitted he has “really only had very positive experiences with the producers and network.”

He concluded by saying that “moving forward, I’ll speak only from personal experience and continue to be an ally and support system to those who need it.”

Barbour made headlines on Saturday, January 30, when he tweeted, “Cancel ABC and The Bachelor Kinda wanna air out their dirty laundry mom got me riled up. Ask away.”

The former reality star, who met his fiancée, Hannah Godwin, on season 6 of Bachelor in Paradise in 2019, then answered questions from Twitter users about the franchise.

The California native later accused the showrunners of promoting bullying, referencing Heather Martin’s appearance on Matt James‘ season of The Bachelor. “They had that whole spiel on hating bullying, then purposely edit things to warrant bullying. S—t is wild,” he tweeted.

Barbour also called out the producers for the drama between Hannah Brown and her season 15 winner, Wyatt, who was accused of having a girlfriend when competing for Brown’s heart.

After a fan asked who from Barbour’s season “got the most screwed over by production?” He answered, “Jed.” The user then asked if he was saying that Wyatt, 27, “didn’t cheat” on Brown, to which he replied, “Yes.”

The entrepreneur concluded: “My last thought: they need you until they don’t. Each person is a pawn in a larger scheme, and they do not have contestants [sic] best interests in mind. Mental health is not a concern. Multiple people develop issues post show and they do nothing to help. If anything, they fuel hate.”

Wyatt proposed to Brown, 26, on The Bachelorette finale in 2019. The former Miss Alabama later called off their engagement after learning about his alleged relationship with a woman named Haley Stevens.

The musician seemingly agreed with Barbour’s claims over the weekend, writing via Instagram that he was “highly manipulated and from it deeply mentally affected from the show.” He claimed that he “never cheated. Ever. On Haley or Hannah,” via social media on Sunday, January 31.

Catherine Giudici defended the franchise on Monday, February 1, via her Instagram Story, calling for contestants to be accountable for their role on the show.

“I’m sure there has to be some level of ‘manipulation,’ but we also have freedom of choice to say things that we want to say or don’t want to say,” the season 17 winner, 34, said at the time. “For instance, I said, ‘No, I don’t want to talk about that’ and they didn’t push it.”

Giudici, who married Bachelor Sean Lowe in 2014, added: “OK, I get that you guys think, especially with all this stuff coming out, but I also feel like we’re adults that go on a show and we should know that they’re not making us do things that we’re not supposed to do. So, let’s take responsibility for everything.”