The Duchess of Cambridge, 39, became the “peacemaker” between the pair during the brothers’ first public event together in more than one year, royal expert Katie Nicoll told Entertainment Tonight on Monday, April 19.

“They were very tense as they walked into that chapel,” Nicholl said of the pair’s entrance into their grandfather’s funeral on Saturday. “As they came out of it, you could see some tension diffused.” 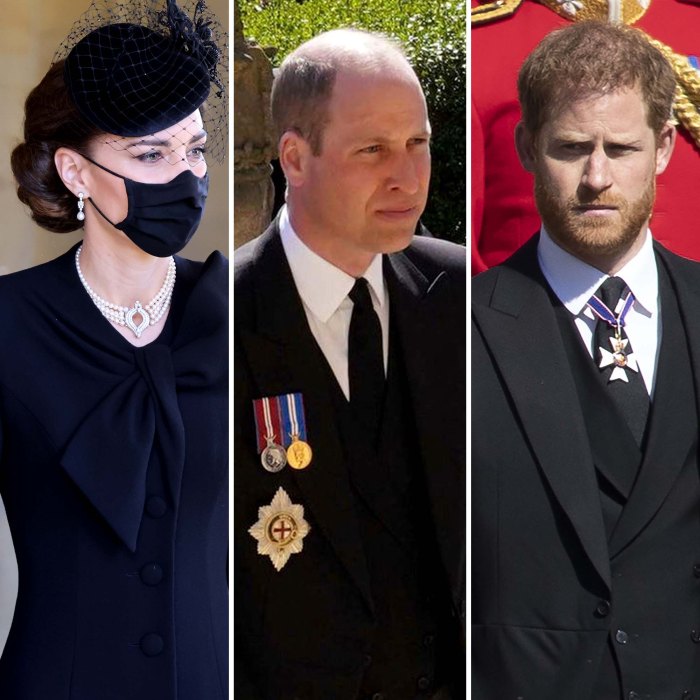 The expert noted that the siblings’ change in demeanor from walking behind the Duke of Edinburgh’s casket at the beginning to the end of the services where William, 38, and Harry, 36, were seen chatting was “largely” due to Kate’s interference.

“The Duchess of Cambridge made a point of speaking to Harry,” Nicoll added. “And when she did that, you can see them visibly relax.”

The Duke of Cambridge and the Duke of Sussex made headlines on Saturday when they were photographed walking together while leaving Philip’s funeral. Philip died on April 9 at the age of 99, and is survived by his wife, Queen Elizabeth II, four children, eight grandchildren and 10 great-grandchildren. The brothers, who have had a tense relationship over the past few years, were also seen walking from St George’s Chapel with Kate after the service. 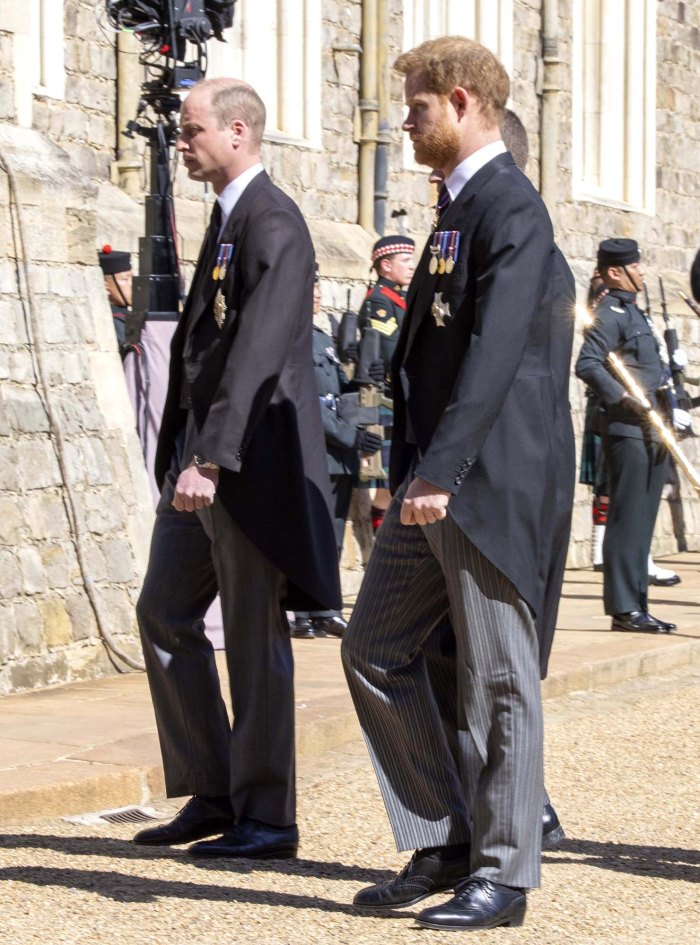 “I really do appreciate the fact that Catherine moved and allowed the brothers to kind of walk between one another because they know the world is watching,” body language expert Elaine Swann exclusively told Us Weekly on Monday of the trio’s interaction. “If she were in between the two brothers that would have been, you know, now we would be [her over the men]. So, it was nice for us to see them walking together.”

The Swann School of Protocol founder called the post-funeral stroll a “natural” act between the siblings and William’s wife in which they all looked “at ease” following a strained relationship. The brothers’ dynamic became worse after Harry and wife Meghan Markle’s explosive tell-all interview last month.

“If you look in, you see William, he kind of hung back a little bit and waited for his brother and then continue to walk. I don’t think that was contrived,” Swann explained, noting the pair’s body language pointed to the fact that they “want to reconcile” despite their drama.

The etiquette expert pointed to William’s conscious choice to “open his body language toward his brother” after the memorial as a “very hopeful” sign that the duo are working toward a better future.

Swann noted that William turning toward his younger brother while standing outside the chapel on Saturday — which housed 30 close family members after Philip’s death — was huge. 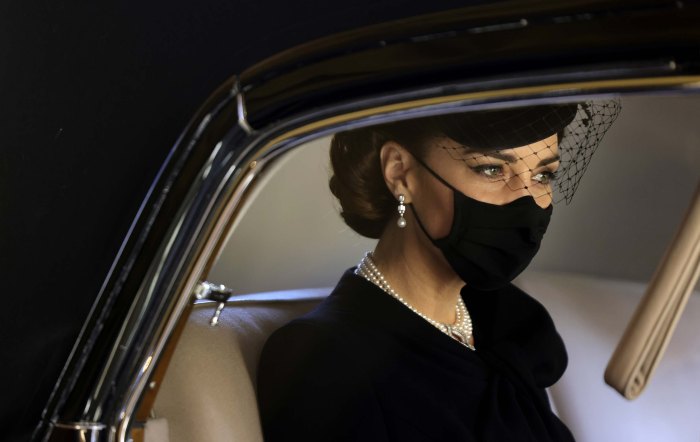 “In that opening, that’s saying, ‘Come on in. Let’s talk,’” she told Us, adding that Harry also looked more relaxed as he walked with his brother. “I think Harry was doing his best to say, ‘Hey, you know, bro, we’re, we’re still here. I’m still here. I still love you.’”

The brothers’ reunion came more than one year after Harry and Meghan, 39, relocated to California with their 23-month-old son, Archie, after announcing their step back as senior royals in early 2020. Buckingham Palace confirmed in February that the pair would not return as working royals.

The next month, the couple claimed racism toward Meghan and lack of support from The Firm played a part in their exit. A source told Us in March that while the queen, 94, was “insisting that the royals handle the matter privately,” William was “struggling to hold back” from telling his side.

Upon Harry’s return to the U.K. on April 12 a source told Us, “The rest of the family are just hoping the brothers can grit their teeth and get through this without stress or animosity.” The insider added that the royals had “hope” that the siblings could “bond in person and put the past behind them” while mourning the loss of their grandfather.