Keeping his memory alive. Duchess Camilla is paying tribute to Prince Philip as she returns to her work with Reading Room following his passing.

“As Patron of BookTrust, which I inherited from my late father-in-law His Royal Highness The Duke of Edinburgh, I would like to dedicate the next series of my Reading Room to him, in memory of a great fellow reader,” the Duchess of Cornwall, 73, captioned the post via Instagram on Monday, April 19. 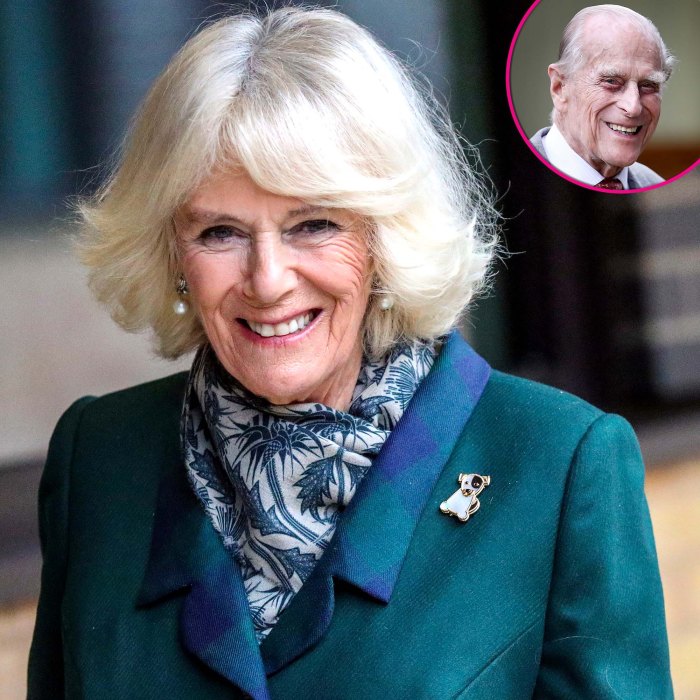 Her four books include The Secret Commonwealth by Philip Pullman, Girl by Edna O’Brien, A Gentleman in Moscow by Amor Towles and The Red Notebook by Antoine Laurain.

The duchess has spoken previously about her love of reading and how she turned that into an activity to share with her grandchildren.

“I read to my children and now I read to my grandchildren,” Camilla explained in a video post via her Reading Room Instagram in late March. “I love it. I read to them when they were absolutely tiny. And they’ve got older and older and older, and now they actually read to me!”

Duchess Camilla has two children with her previous husband, Andrew Parker Bowles, who she was married to from 1973 to 1995. From her children, Tom and Laura, she has five grandchildren. Camilla is also the step-grandmother to Prince George, 7, Princess Charlotte, 5, Prince Louis, 2, and Archie, 23 months, from her marriage to Prince Charles. Prince William and Duchess Kate are the parents of George, Charlotte and Louis, while Meghan Markle and Prince Harry share Archie and are currently expecting baby No. 2. 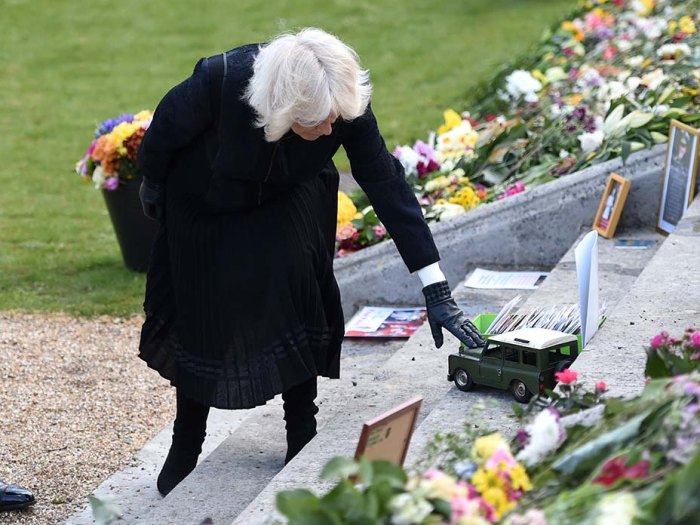 Camilla Duchess of Cornwall visits the gardens of Marlborough House, London, to view the flowers and messages left by members of the public outside Buckingham Palace following the death of the Duke of Edinburgh on April 10. Jeremy Selwyn/Evening Standard/Pool/Shutterstock

The pair sat next to each other during Saturday’s services after the procession from Windsor Castle to St George’s Chapel.

Philip died at age 99 on April 9, the same day as Charles and Camilla’s 16th wedding anniversary.