One and done! Dorit Kemsley revealed why she and husband PK Kemsley won’t be walking down the aisle for a second time — even if she does have a new bridal collection.

“The one thing I will never do again is get married,” Dorit, 44, exclusively told Us Weekly on Wednesday, April 14, while promoting her Nektaria bridal line. “I might wear the wedding gown, you know, somewhere in my own closet, but I’d like to stay married to PK for the rest of my life.”

The Real Housewives of Beverly Hills star noted that she has talked with PK, 53, about possibly renewing their vows someday, but the Housewives “curse” is something they don’t want to mess with. Since the Bravo franchise began with the Real Housewives of Orange County in 2006, 37 couples have filed for divorce. 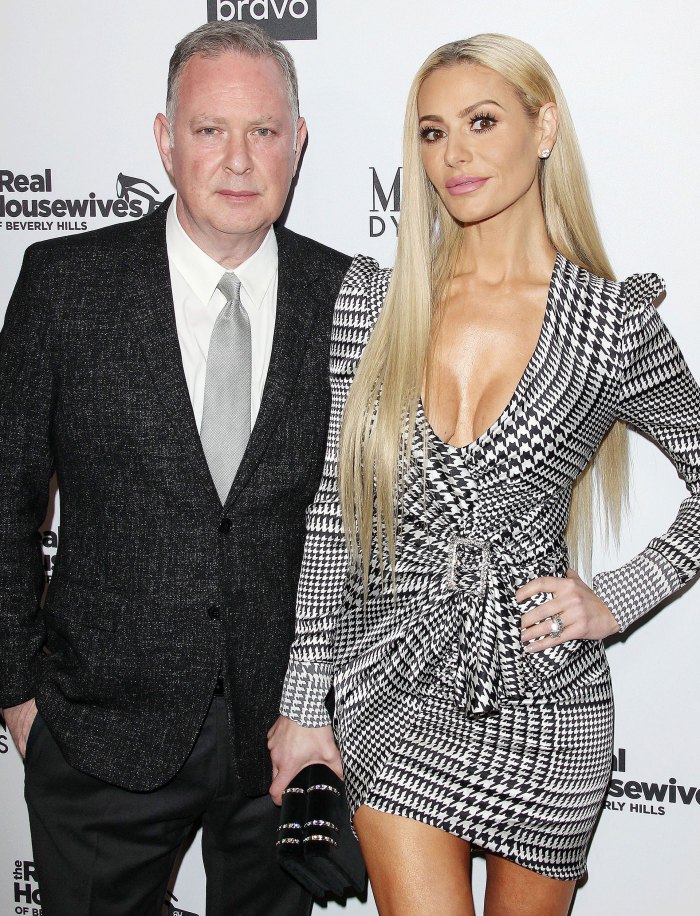 “Clearly now that I’m doing wedding dresses, it makes sense. And it’d be fun just to have, like, a big party,” she said. “There’s that school of thought that, you know, if it’s not broken, don’t fix it.”

The Connecticut native, who joined RHOBH during season 7 in 2016, revealed that Kyle Richards once spoke with her about how “anyone that she knows that’s renewed their vows, like, their marriages went on to get divorced,” which has “stuck” with Dorit.

“Even though I’m a big believer that, you know, much like on Housewives, they say that there’s the marriage curse on Housewives and there’s divorce that happens when they join,” she continued. “I think if you have a strong marriage, then that’s what stands the test of time.”

The designer noted that whether you renew your vows or are on a reality TV show or have coronavirus pandemic stressors, “ultimately there’s those holes [that] are gonna, you know, create bigger holes and then crack. And that’s what happens.”

Dorit, who shares son Jagger, 7, and daughter Phoenix, 5, with the English businessman, added that the couple “may” renew their vows “in the future.”

The pair, who wed in 2015, have had a lot of ups and downs in their relationship, including legal drama which played out on season 10 of the Bravo series.

The duo first made headlines in August 2018 when a video surfaced online of someone confronting the TV personality over money she allegedly owed her former Beverly Beach partner Ryan Horne. Us confirmed in October 2019 that the couple settled with Horne and that PK resolved a $1.2 million suit with a creditor named Nicos Kirzis.

Dorit exclusively told Us in April 2020 that the financial woes brought her and PK closer together.

“When you can come out of any kind of a conflict or you go through things together it inevitably makes you stronger if you survive it because you know how to go through it together,” she said. “I was always, and I always will be on my husband’s side and vice versa. So for us it was just a matter of time.”

The swimsuit designer added that after almost 10 years together, the pair “are good” despite speculation that they were having issues earlier that year. “We’re very much in our love bubble,” she concluded.

Season 11 of The Real Housewives of Beverly Hills premieres on Bravo Wednesday, May 19, at 8 p.m. ET.