Confidence is key! Don Johnson cut daughter Dakota Johnson off financially when she was still a teenager, but she wasn’t sweating it a bit.

During an appearance on Late Night with Seth Meyers on Tuesday, March 9, the Knives Out star, 71, revealed his daughter’s reaction to being removed from his “payroll.”

Don explained to host Seth Meyers, “We have a rule in the family that, you know, if you stay in school, you get to stay on the payroll. So, you go to college, you get to stay on the payroll. Toward the end of high school, I went to [Dakota] and I said, ‘So, do you want to go visit some colleges?’ Or something like that. And she was like, ‘Oh, no. I’m not going to college.’” 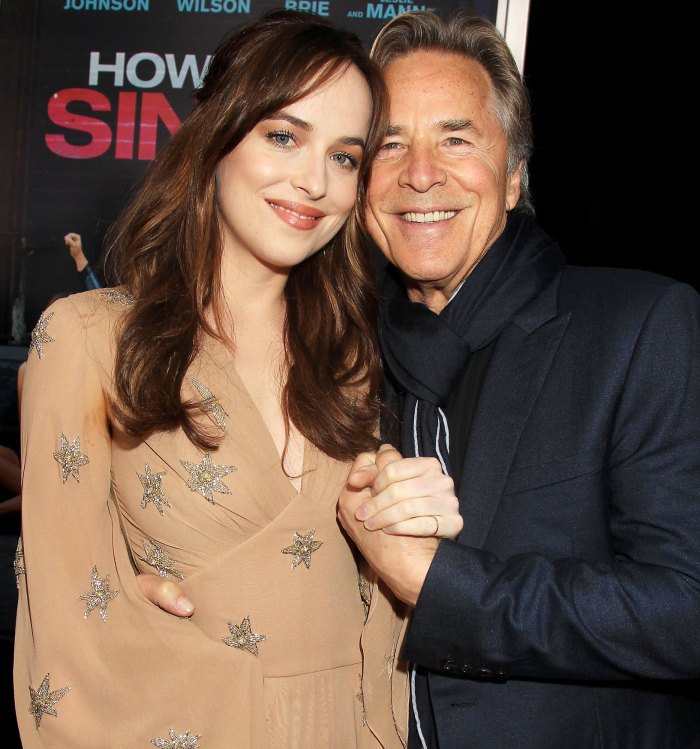 The Django Unchained star continued, “I went, ‘OK, you know what that means? You don’t be on the payroll anymore,’” noting that he asked the Fifty Shades of Gray star how she was “going to manage” without him supporting her. She replied with, “Don’t worry about it,” and declined to offer up any details about her plans.

According to Don, three weeks after that conversation, Dakota, 31, was cast in The Social Network.

“And the rest is, shall we say, cinema history,” he said.

Don told Meyers, 47, that Dakota has found her own way in Hollywood. “She doesn’t really call me for advice,” he shared. “She calls me to say, ‘Gosh, I would see you, but I’ve got three pictures that I’m shooting at the same time.’”

While the Missouri native had strict rules for his kids and their finances, Dakota’s mom, Melanie Griffith, focused more on fun. In January, Dakota revealed during an appearance on The Late Late Show With James Corden that her mom took her to get her belly button pierced when she was 14.

Griffith, 63, also brought her daughter to get her first tattoo — even after Don told Dakota he would disown her if she got one. “Now I didn’t know this, and I was surprised to find this out today, that you are a big fan of tattoos. I mean I don’t know why I’m surprised,” James Corden said during the show.

“I don’t know why you’re surprised either,” Johnson replied before revealing that she has 11 or 12 different tattoos, which she called “conservative.”

Don and Griffith were married for six months in 1976. Dakota is the only child they share, though both have kids from other relationships. The Miami Vice alum is father to Jesse, 38, Grace, 21, Jasper, 18, and Deacon, 14. Griffith, meanwhile, is a mom to Alexander, 35, and Stella, 24. She shares Stella with ex-husband Antonio Banderas, whom she was married to from 1996 to 2015.