Avoiding the drama? Brandi Glanville got real about where her relationship with Denise Richards stands after the former claimed on The Real Housewives of Beverly Hills that they had an affair.

“No, I mean, we’ve touched in the past — kidding,” the “Unfiltered” podcast host, 48, quipped during an appearance on Australia’s The Morning Show when asked if the two have kept in touch. “She and I have not spoken since, we haven’t seen each other since I told the ladies. So, not on the show, not at the reunion, not in person.”

Their lack of contact is not due to Glanville’s hesitance, though. “I’ve reached out to her just over email saying, ‘We need to, like, sit and talk,’ you know?” she said. “But I have not heard from her or seen her since I said that in [Kyle Richards’] house that night.” 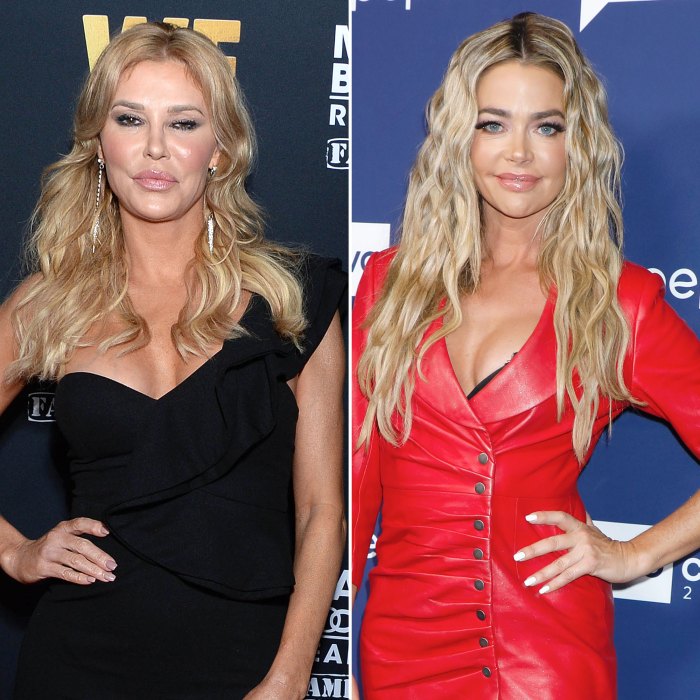 The Drinking and Tweeting author claimed during a July 2020 episode of The Real Housewives of Beverly Hills that she and Richards, 50, slept together in April 2019. “The next day, Denise said to me, ‘No matter what you do, you just can’t tell [my husband] Aaron [Phypers]. He will kill me,’” she said. The Wild Things star denied they hooked up.

Glanville doubled down on her claims in an exclusive interview with Us Weekly later that month. “I’m not lying,” she insisted. “People can say whatever they want to say. Listen, it doesn’t matter because I know my truth and the truth is setting me free right now because I don’t have to keep this f—king secret anymore. Because I hate [secrets], I just am not good at secrets.”

Richards alleged during an August 2020 episode of the Bravo series that Glanville made up the story for “shock value.” She added: “I do not have an open marriage and I have not cheated on my husband.”

Following the ordeal, the Bold and the Beautiful actress’ rep confirmed in September 2020 that she was leaving The Real Housewives of Beverly Hills after two seasons.

Glanville promptly reacted to Richards’ exit, tweeting at the time: “The word of the night is calculated #timing. #Are you f—king kidding me.”

Rumors about the reality stars’ alleged fling surfaced in January 2020. A source told Us at the time that “Denise has never been intimate with Brandi, ever,” while a second insider claimed they “hooked up on more than one occasion.”

Who is Haley Harris from Married at First Sight?