The “Cool for Summer” singer, 28, reposted Alok’s guide to “Why Gender Reveals are Transphobic” via Instagram on Thursday, February 25.

“@alokvmenon with the real ???,” she wrote alongside a series of visual aids backing Alok’s stance. “Thank you for sharing your knowledge and educating us always.” 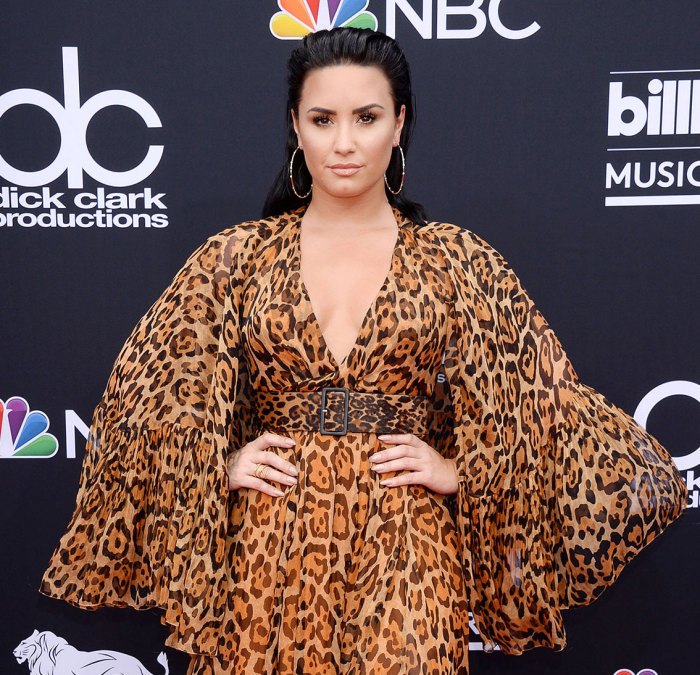 The pair’s message pointed out that “this is not about being politically correct, it’s about being correct.” The statement continued: “The refusal to acknowledge this stems from a misunderstanding of what transphobia is.”

Lovato reposted the definition of transphobia, explaining that it is “not just prejudice or violence against an individual trans person, it is a belief system that presumes non-trans people to be more ‘natural’ than trans people.”

The musician stood with the 29-year-old activist, adding, “Only individual people can self-determine their gender.”

The Sonny With a Chance alum also posted Alok’s breakdown of the inherent issues with reveal parties, which stated, “It’s both insincere and incorrect to pretend that gender reveal parties are not transphobic. You can’t have your proverbial pink-blue binary cake and eat it too.”

The Beyond the Gender Binary author clapped back at the construct of these celebrations, claiming they exclude those who are trans from birth. “Gender reveals require not just the invalidation of transness, but the impossibility of transness,” they wrote.

The Stanford University alum added: “Even though we might have grown accustomed to other people gendering us, that doesn’t make it right.”

Both Alok and Lovato added a call to action, asking their followers to tag and share the information. They also implored their fans to read Alok’s book to better educate themselves should they want to learn more.

The former Disney Channel star has been vocal over the years about staying true to oneself. She revealed in her October 2017 documentary, Simply Complicated, that she is sexually fluid.

“I am on a dating app with both guys and girls,” Lovato said in the film. “I am open to human connection, so whether that’s through a male or female, that doesn’t really matter to me.”