JESSIE Wallace’s sister Danielle Mason has revealed she had her first date in the grounds of Broadmoor Hospital, after falling for reformed criminal Ben Hatchett.

The former Page 3 girl met Ben – who served time alongside monsters Ian Brady and Yorkshire Ripper Peter Sutcliffe – at the start of March. 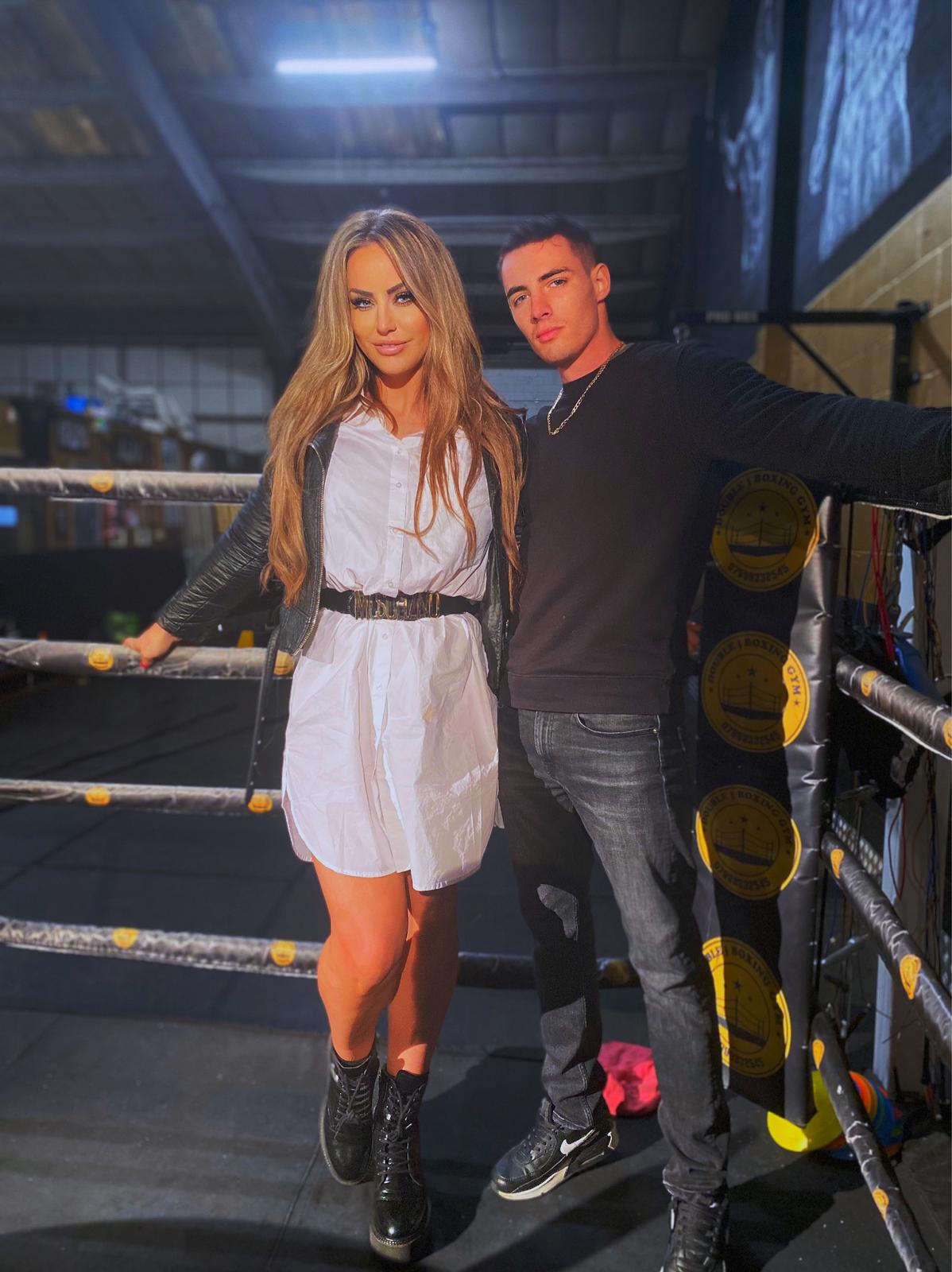 Danielle Mason, 38, has been dating Ben Hatchett, 31, since meeting on his podcast at the start of MarchCredit: Supplied

Ben, now 31, who was convicted for knife crimes as a teenager, was sent to Broadmoor after an attempt to escape from prison aged 21.

After a few years, he was moved to another high-security facility at Ashworth Hospital, near Liverpool, but was released last year and has turned his life around, now working as a boxer and running a successful YouTube podcast called Let’s Be Real.

It was through the podcast that he met his new girlfriend, with Danielle, 38, admitting there was an “instant connection” when he interviewed her seven weeks ago.

In an exclusive chat with Fabulous, the mum-of-two says: “On the way home from the interview, I messaged him and said ‘I think you’re sexy’ and he said ‘yeah I think you are too’. 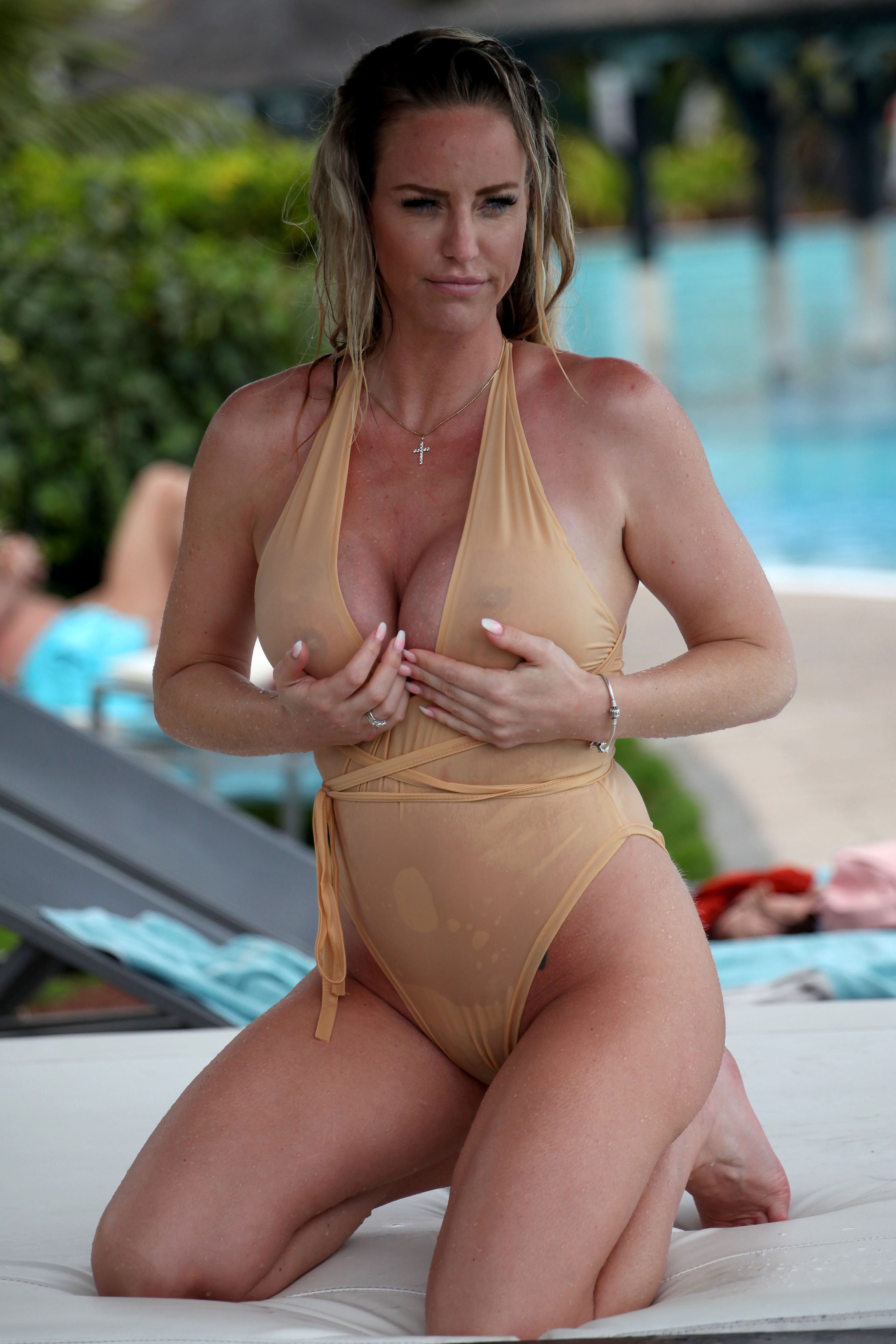 Danielle says Ben has no qualms about her Page 3 past, unlike her exCredit: Fortitude Press 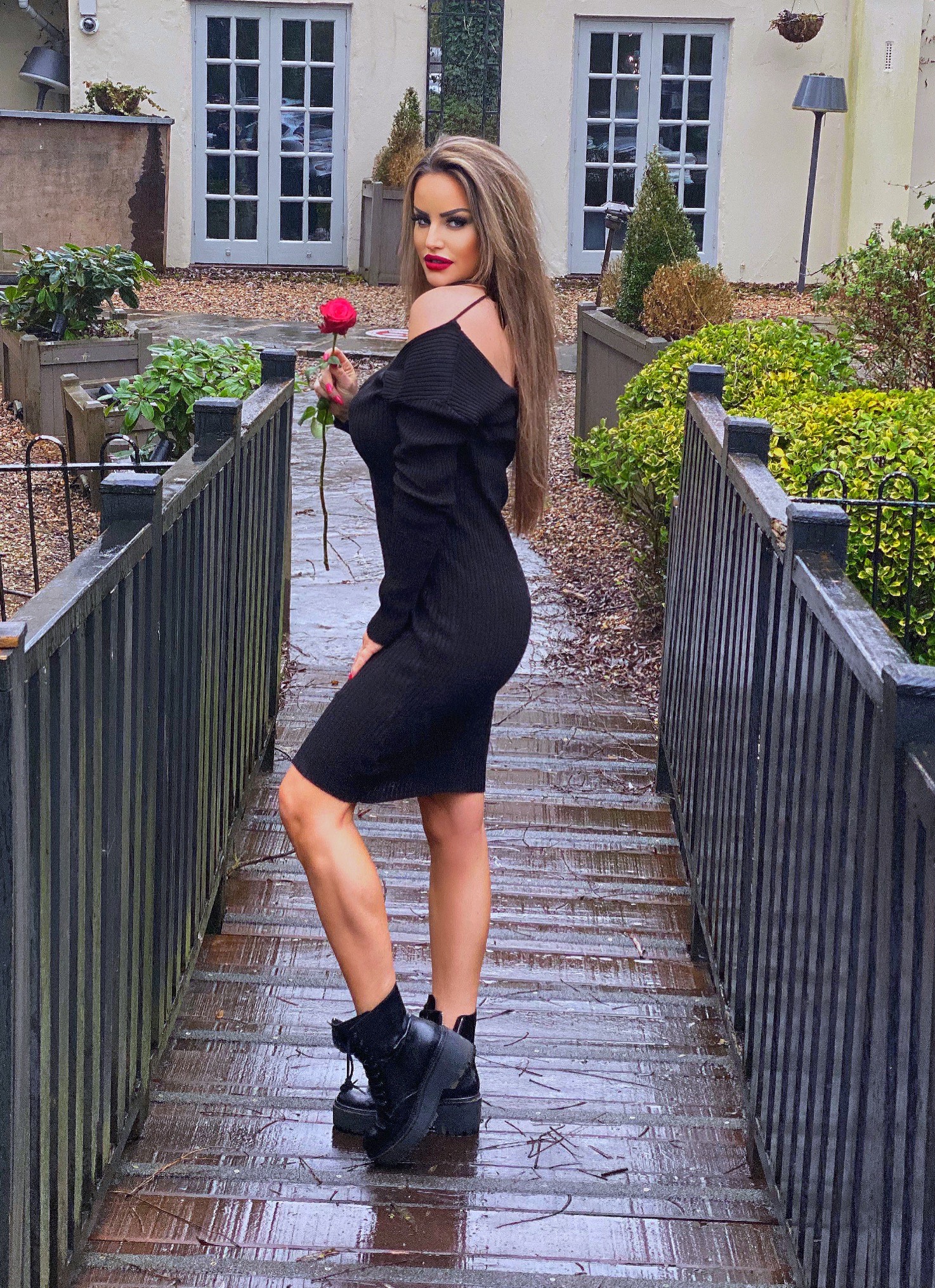 Danielle and Ben went on their first date at Broadmoor Hospital, where Ben was an inmateCredit: Supplied

“I know this sounds weird but I live near Broadmoor Hospital and he was filming there for his Amazon Prime show a couple of days later.

“He said ‘do you want to come and meet me?’ because it’s just round the corner. So I went and watched him do his filming and helped out with the interviewing.

“We had our first date at Broadmoor Hospital, on the outside of the wall, just walking round and talking. I was asking him loads of questions because I was intrigued about his life.

“I was drawn to him and his background story. I wouldn’t normally do YouTube videos but when I saw he’d been in Broadmoor, I found his story so interesting that I wanted to go and meet him.

“Then when I looked at some of his photos, my friends were like ‘he’s quite fit isn’t he?’ I was like ‘yeah actually he is’. Then I did the interview and we just connected.”

We had our first date at Broadmoor Hospital, on the outside of the wall, just walking round and talking. I was asking him loads of questions because I was intrigued about his life

Danielle was previously in an on-off marriage with traveller and MMA world champion Tony Giles – the father of her kids Rudy, nine, and Delilah, seven – for nine years.

The pair documented their turbulent relationship and both Danielle’s pregnancies on My Big Fat Gypsy Wedding, but split in 2012 as “jealous” Tony struggled to deal with her glamour modelling past.

They got back together and Tony proposed a second time, but they split for good in 2019, when Danielle noticed Tony’s Facebook status still said “single”.

“He’s turned his life around, he’s anti-knife crime and all about helping kids, so there’s not really anything negative anyone can say. 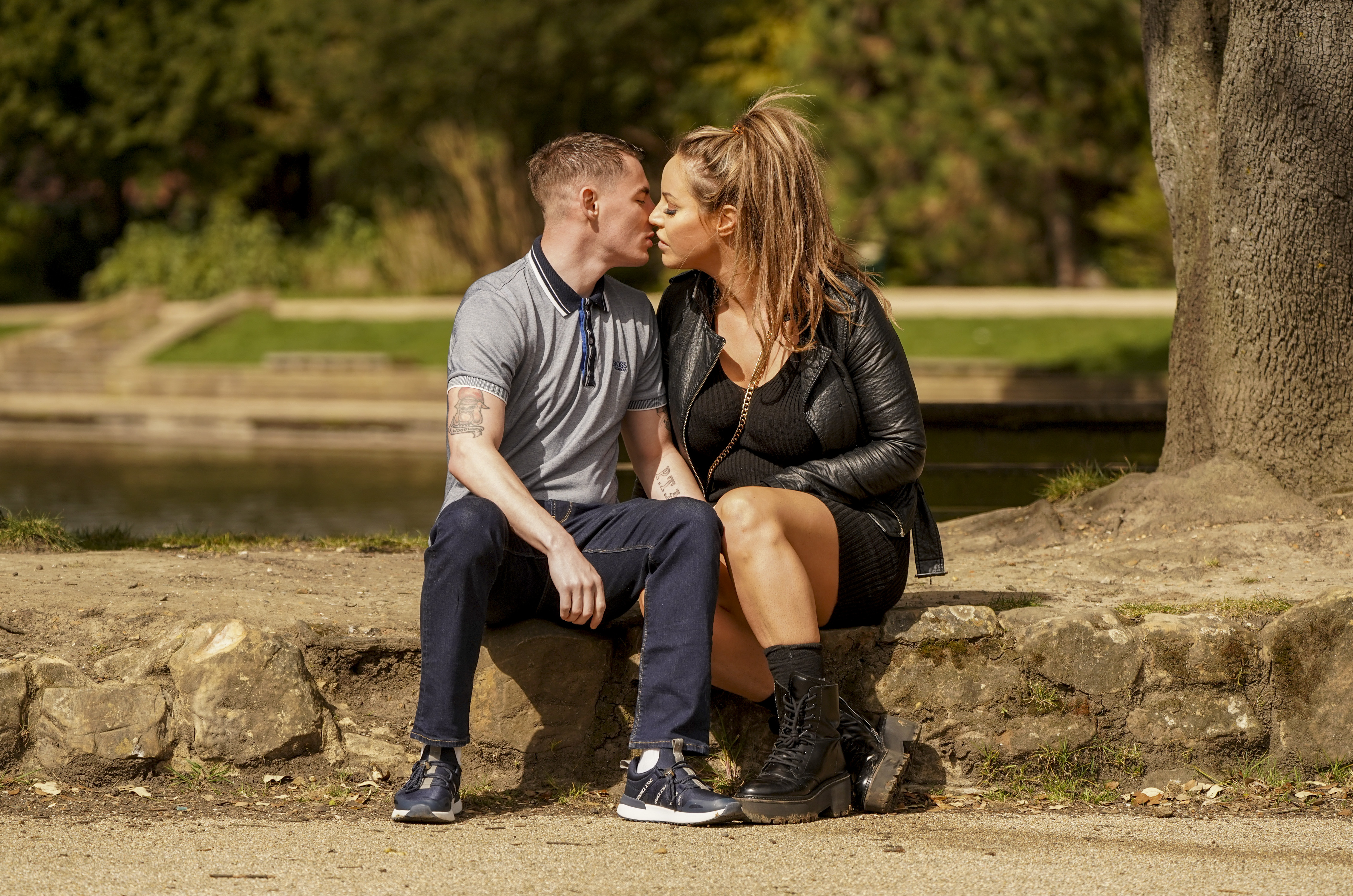 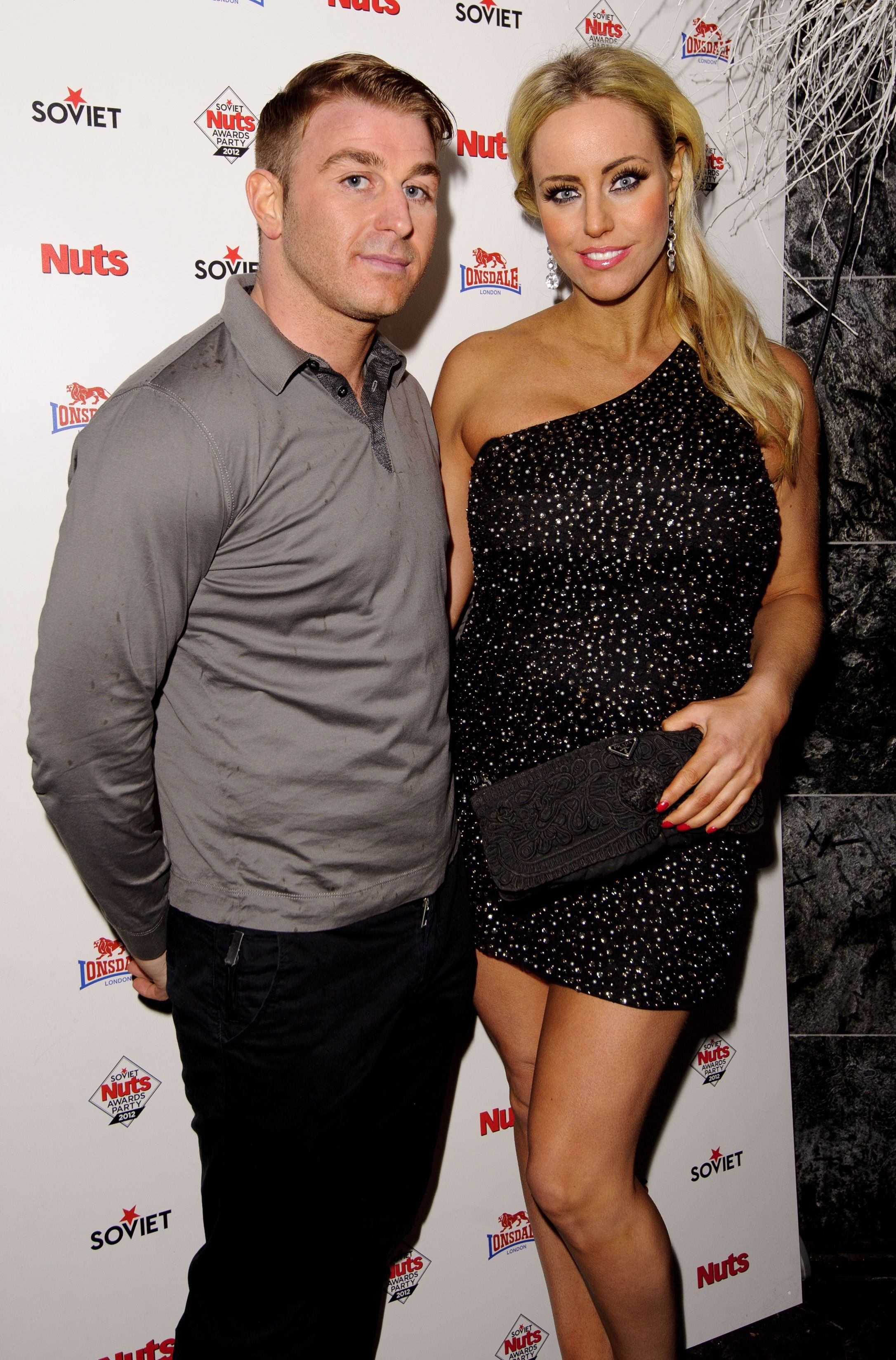 Danielle was previously married to traveller and MMA fighter Tony Giles, the dad of her two kidsCredit: Rex

“My friends and family are really happy, because I had such a s*** on-off relationship with my kids’ dad for so many years, now I’ve met someone I actually get on with.

“Ben’s so easy going. He loves my past and there’s no qualms with any Page 3 stuff.

“With my previous relationship, there was loads of stuff I wasn’t allowed to do, he didn’t approve of my modelling.

“I don’t do the glamour stuff anymore because I’ve got two kids and I’m older, but Ben would be chilled out about it.

“I know Ben’s had a tough upbringing, but it’s just easy, our families are very similar.” 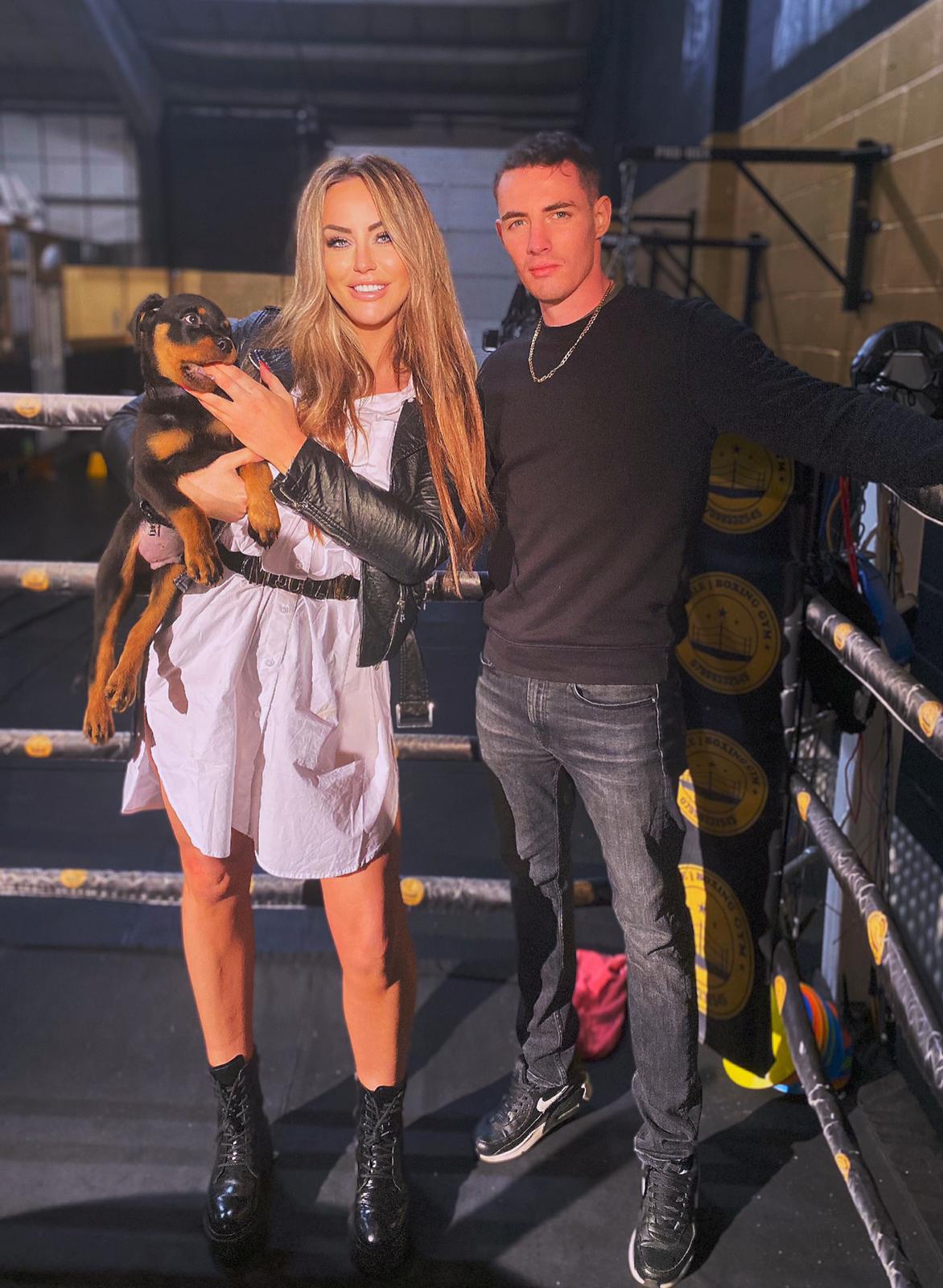 Danielle says her relationship with Ben is just ‘easy’Credit: Supplied 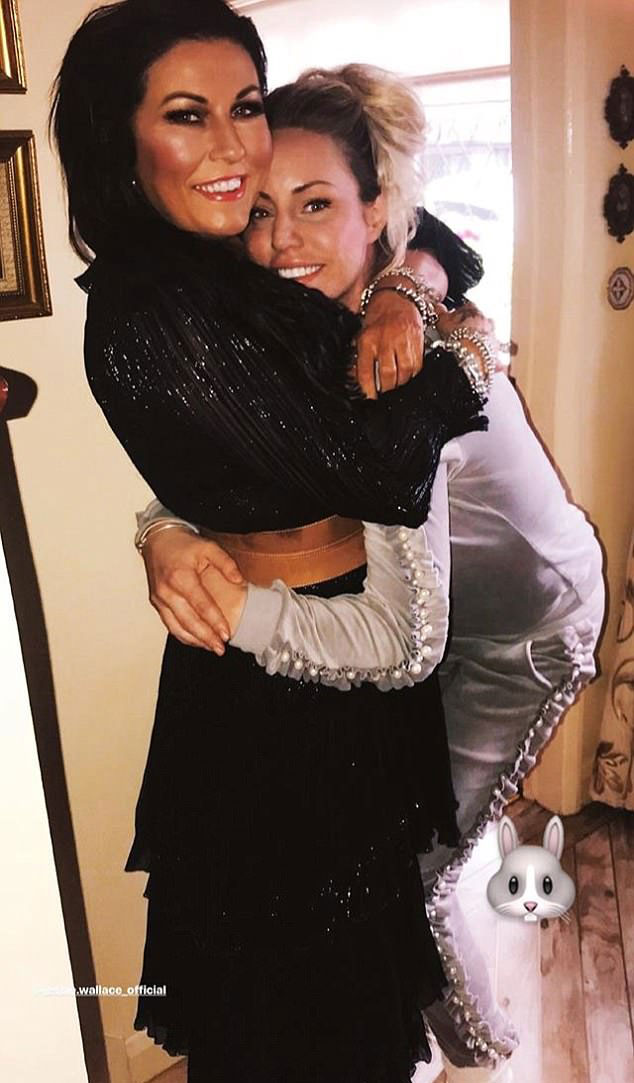 She appeared on cult TV show My Big Fat Gypsy Wedding as a gorger, or non-traveller.

She explains: “I was pregnant the whole time I was doing My Big Fat Gypsy Wedding but I loved it. When my first series came out in 2011 I was literally glued to it.

“A lot of travellers don’t agree with it because they don’t believe it portrayed travellers in the right way. But it was so popular, one of my episodes got 15 million viewers, it was more than X Factor.”

I was pregnant the whole time I was doing My Big Fat Gypsy Wedding but I loved it. One of my episodes got 15 million viewers, it was more than X Factor

Danielle has “no regrets” about her glamour modelling past – although it’s not something she plans to revisit.

She says: “I’ve made some mistakes in my past, but in terms of my career and Page 3, I’ve got no regrets whatsoever, I loved it.

“I got to travel the world, go to cool parties; I was young, I had no kids, I was living a wild life and getting paid for it.

“Back in the day, Page 3 was a massive thing. We’d go out to clubs in London and be put on all the best tables. 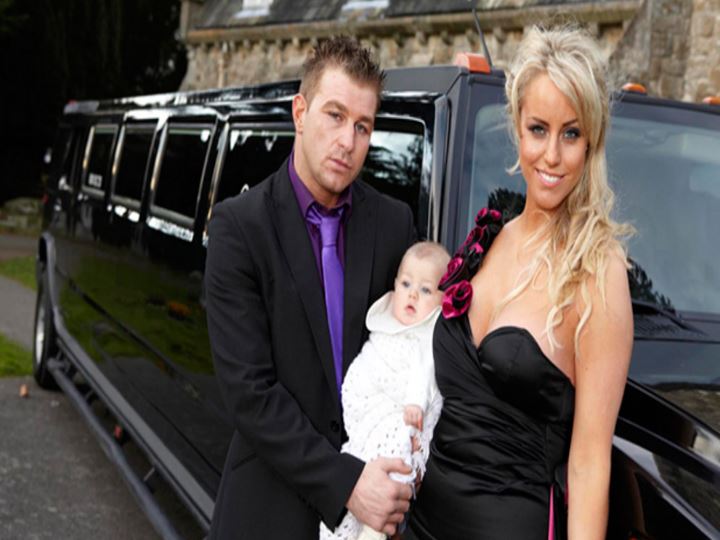 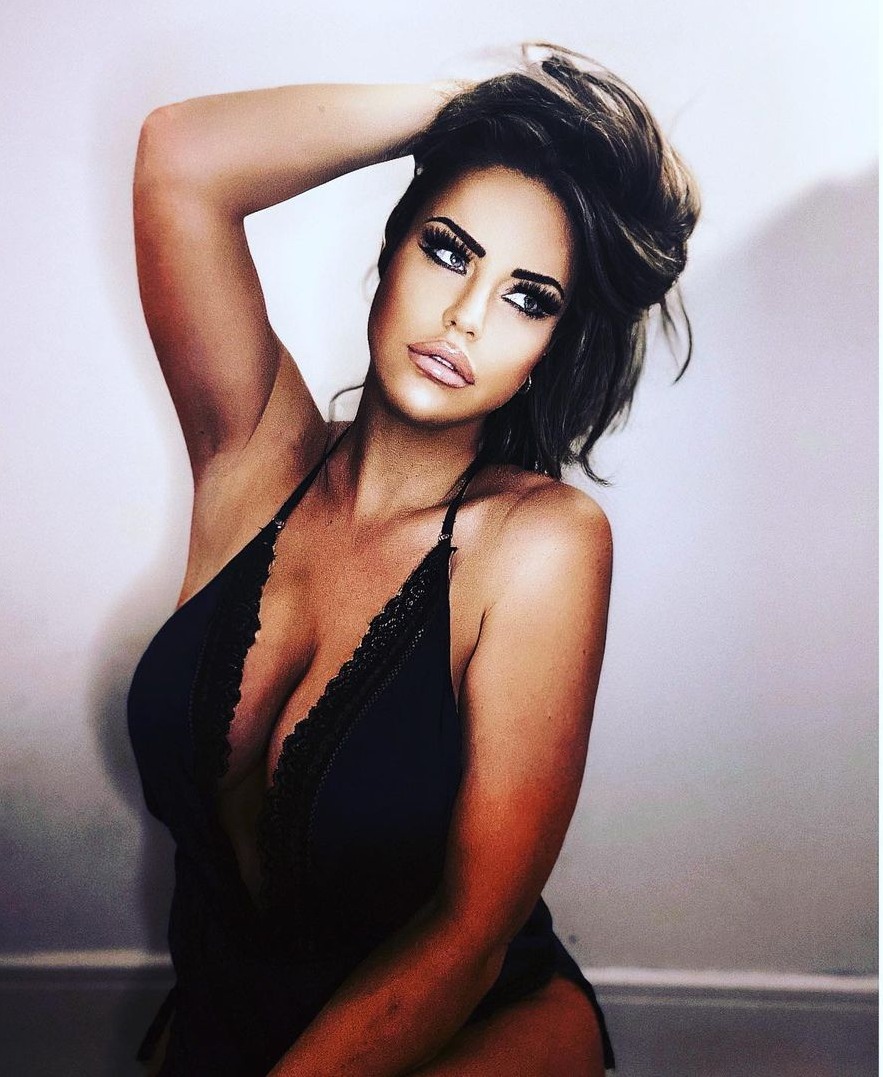 Danielle says she wouldn’t do glamour modelling anymore, but she’s also not ashamed of her pastCredit: daniellemasonuk/Instagram

“I was flown first class to Barbados, with Lucy Pinder and Michelle Marsh, and had free trips to Marbella and Portugal for photo shoots.

“The papers would pay a fortune but you don’t get money like that for glamour modelling anymore. All the magazines I used to do like Nuts and Zoo have folded, and FHM’s only online now.

“Nowadays, you get girls posting pics on their Instagram pages for nothing so magazines just take them from there.

“I wouldn’t do glamour modelling now because I’ve got kids. I’m grown up and sensible and my little boy wouldn’t like it. 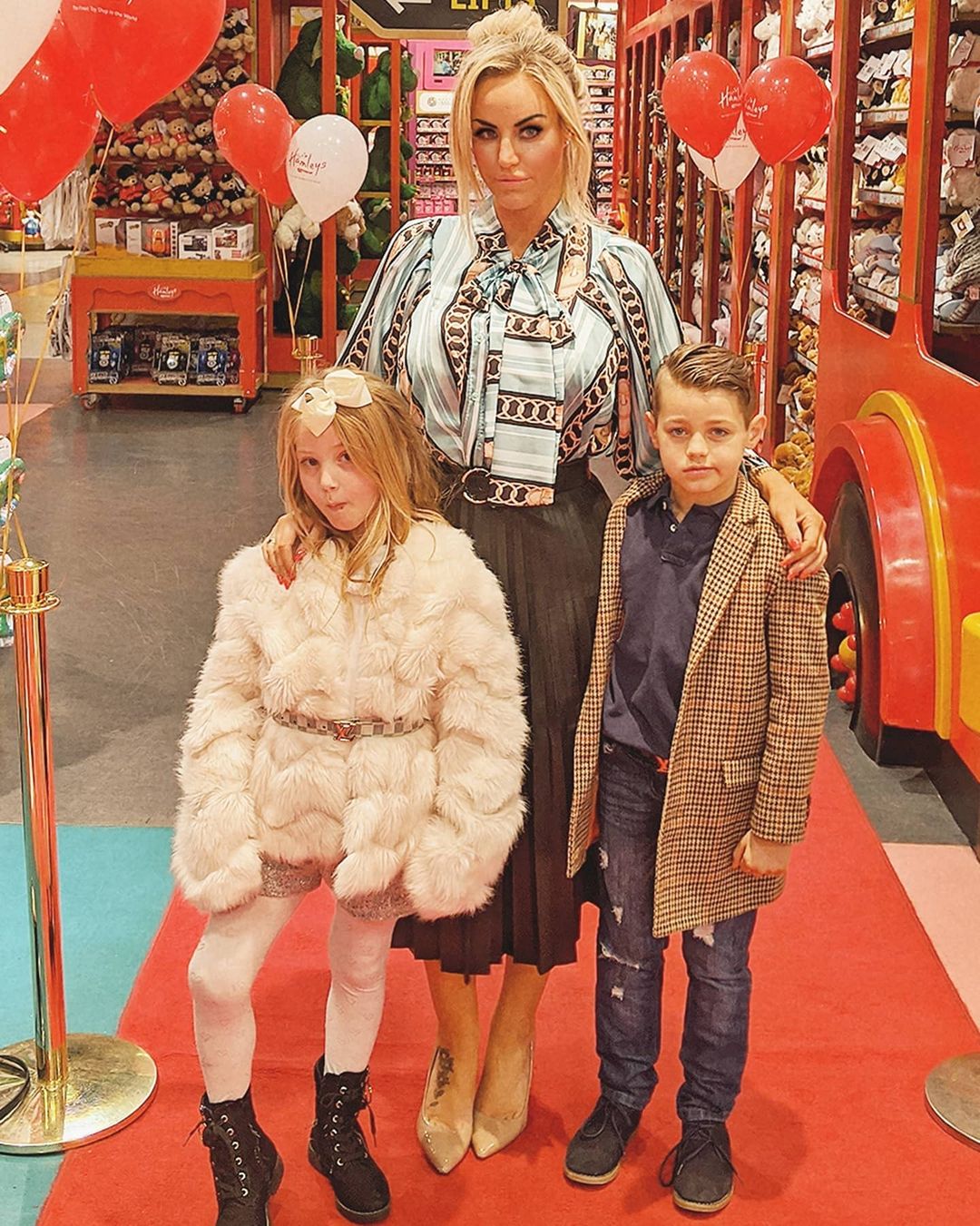 Danielle is mum to Delilah, seven, and Rudy, nineCredit: daniellemasonuk/Instagram 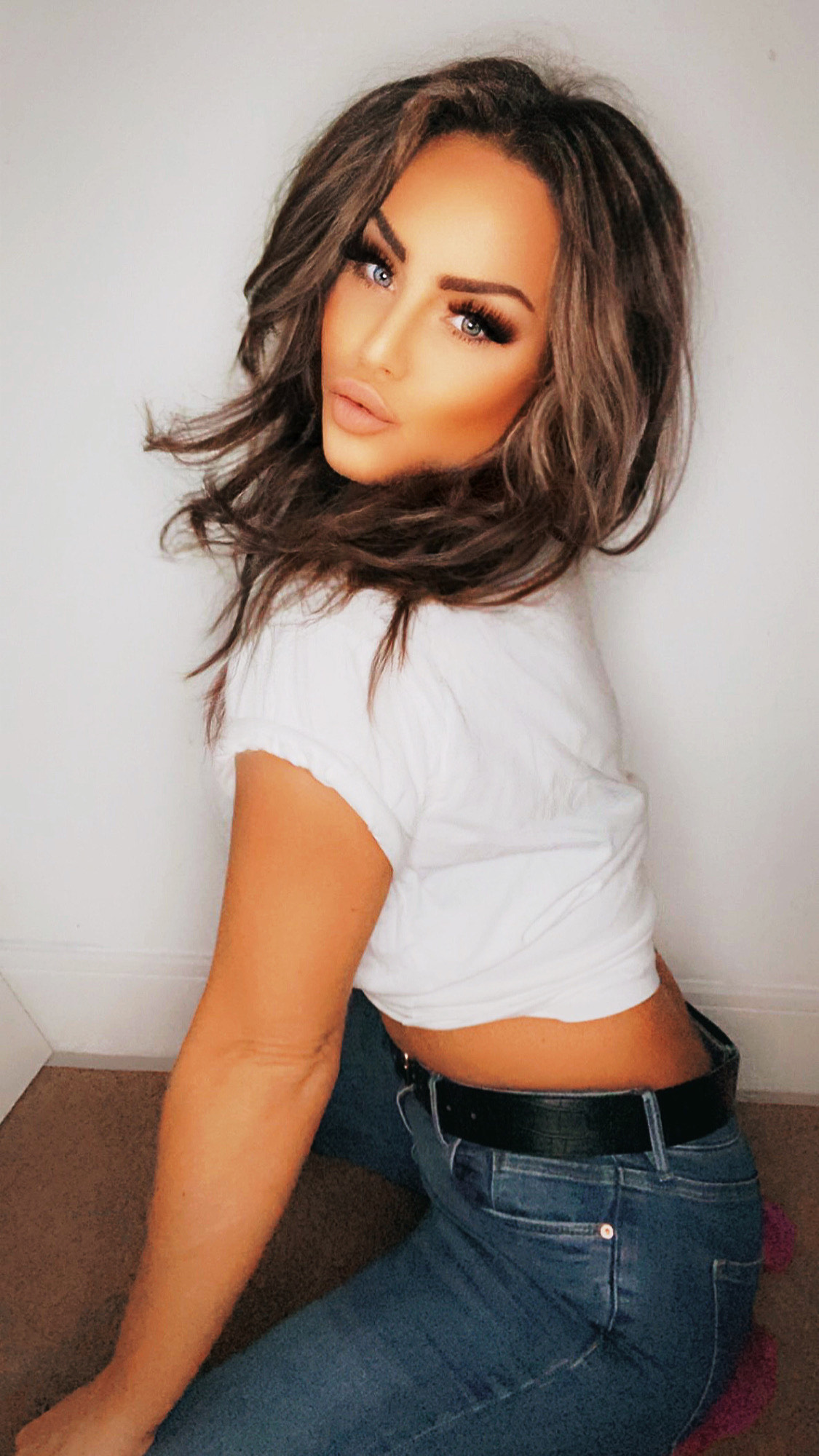 Danielle had a ‘breakdown’ in November after being trolled onlineCredit: Supplied

Although Danielle is proud of her past, she’s taken a lot of stick for her career choice of the years.

She explains: “Whenever I fall out with anyone or get trolled, the first thing that’s said is ‘you get your t*ts and m*nge out for money’.

I had a breakdown. I literally couldn’t get out of bed for a week, my mum and dad had to take the kids. I felt like I couldn’t breathe. I was just crying every day, not knowing what to do

Back in November, Danielle had a particularly vicious trolling experience when a video of a girl criticising her went viral, meaning she had to seek legal action to get it removed from social media.

She says: “That was really hard, I had a breakdown and had to get lawyers involved because it was completely out of my control. 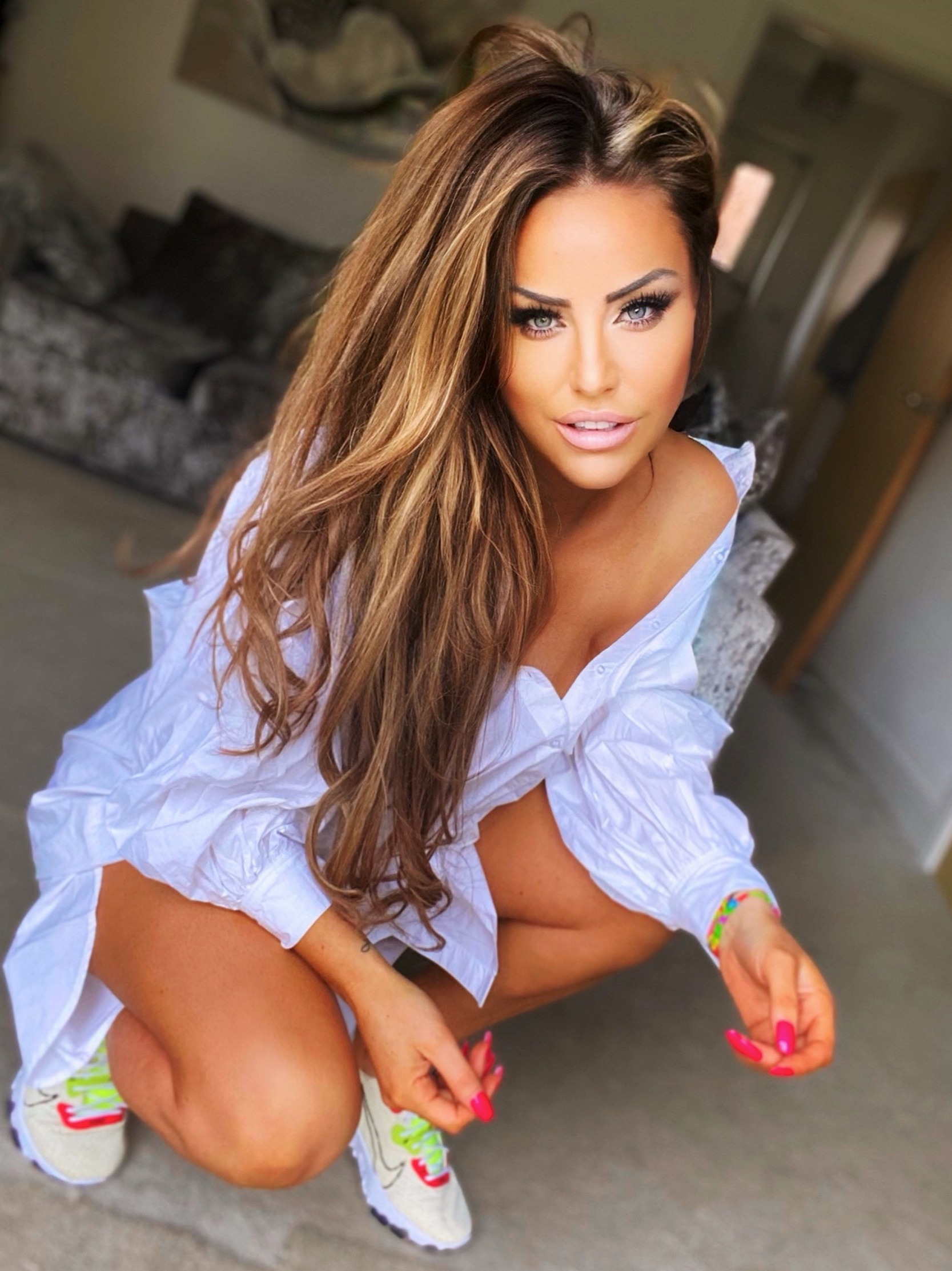 Danielle says it’s always other women who troll her about her modelling careerCredit: Supplied 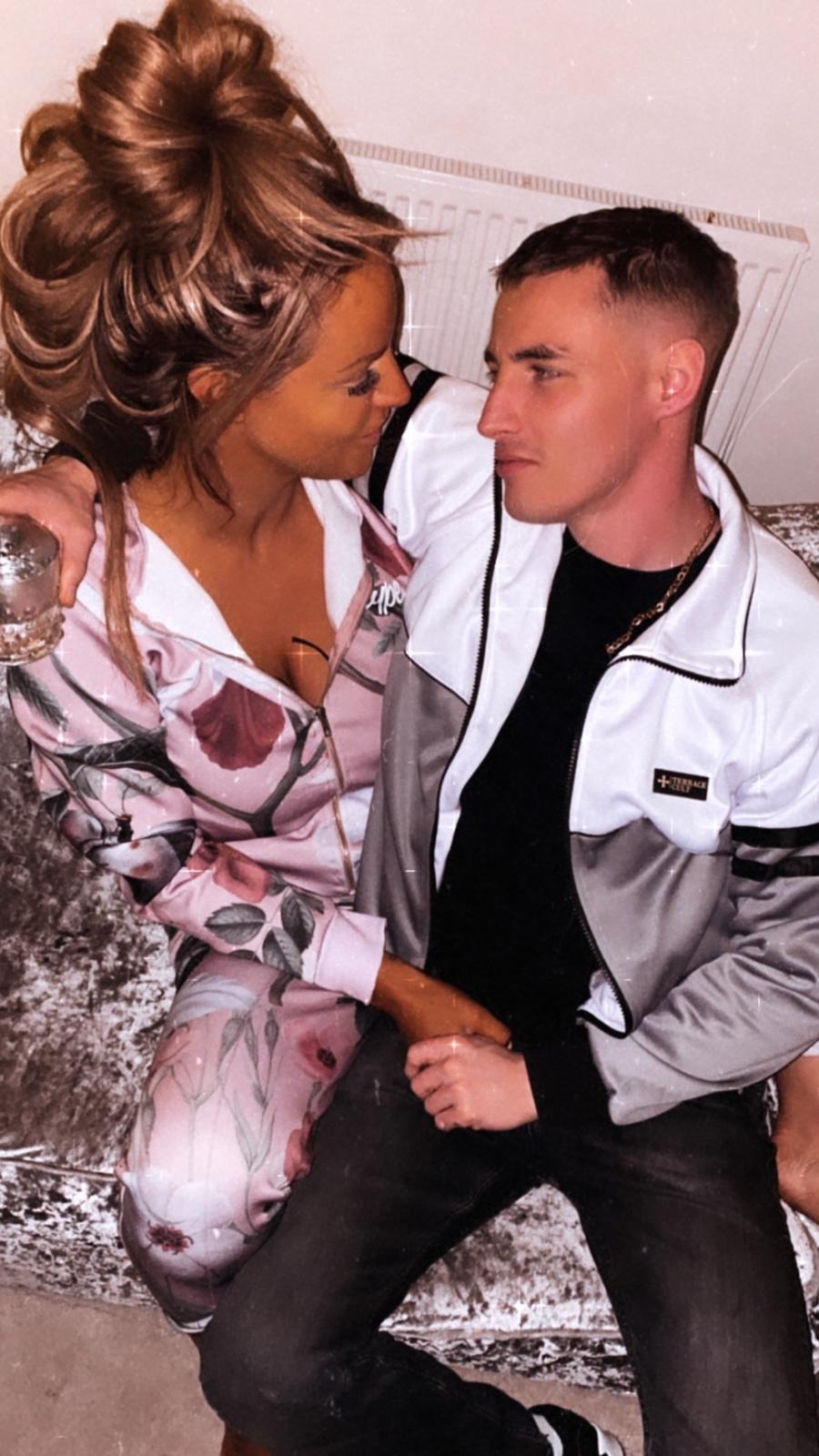 Danielle is currently loved up with Ben, after admitting she thought he was ‘sexy’ on a textCredit: Supplied

“She was saying I get my t*ts and m*nge out for money. She was making up lies about me meeting up with my ex-partner. It was all lies and slander, apart from the Page 3 thing, but it’s still not nice to say it in that way.

“I couldn’t even bring myself to watch the video, but my mum and friends did and said it was vile.

“When somebody’s talking about you that way, nothing anyone says can make you feel any better. Happily I’m over it now.

Whenever I fall out with anyone or get trolled, the first thing that’s said is ‘you get your t*ts and m*nge out for money’. It’s mainly other women, I don’t get abuse from men

“Trolling’s such a horrible thing, people don’t think about how much damage they’re doing.

“I used to be quite outspoken but I try to stay out of any drama now. When someone’s trolling you, you want to hit back at them but I can’t do that anymore.

“At the end of the day, I have a job to do. You can’t be having arguments online when you’ve got endorsements on social media, it looks unprofessional.” 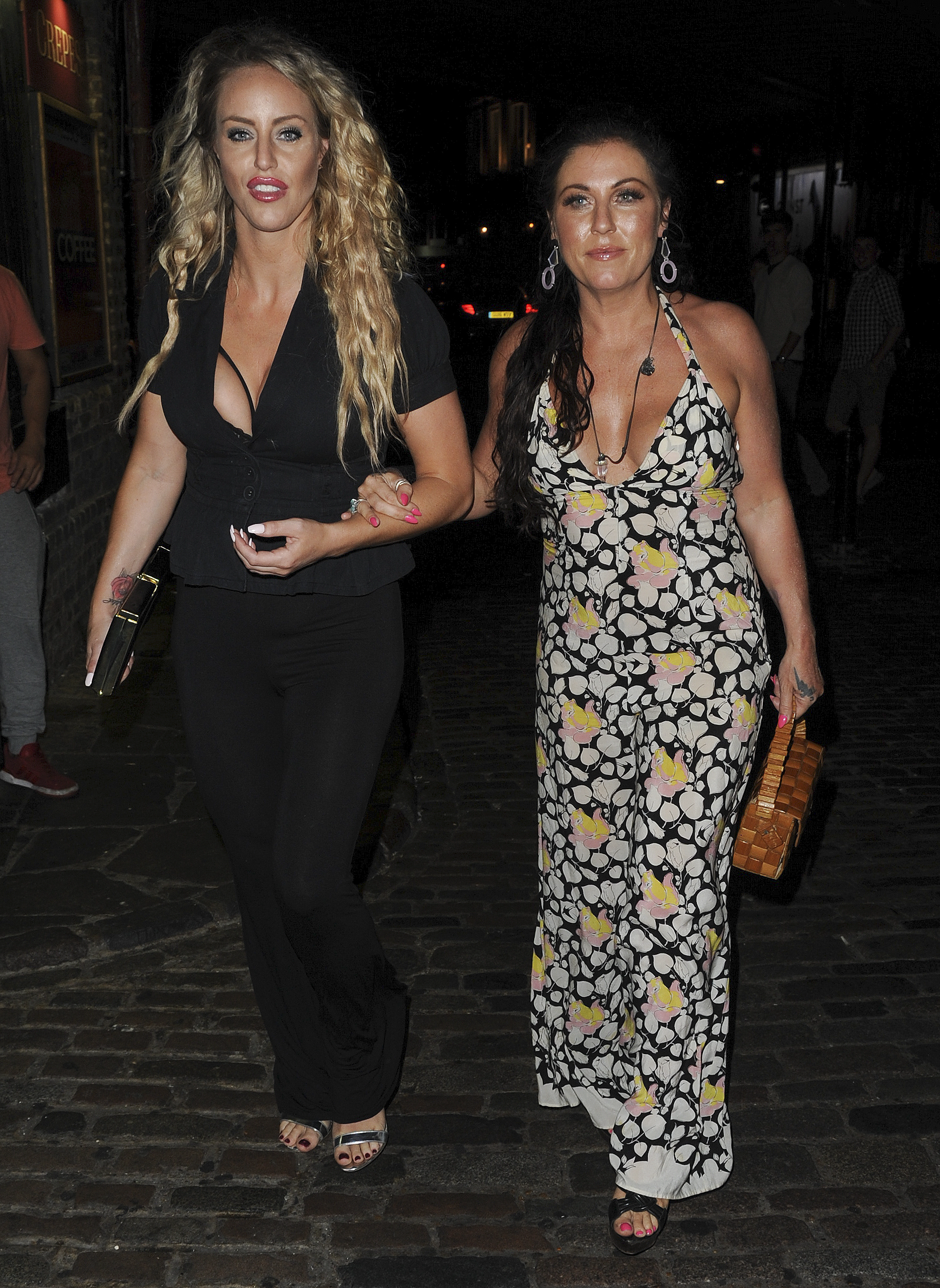 Danielle on a rare night out with half-sister Jessie in 2017Credit: WENN

With her sexy modelling days firmly behind her, Danielle hopes to focus on reality TV and acting. She was offered the joint lead in a theatre production last year but Covid has halted the show.

She says: “I haven’t really been able to work – but the one thing that did well during lockdown was influencer stuff.

“I was getting paid to promote brands like Femme Luxe, Hype and lash companies, so I went more down that route.

“Being in lockdown as a single mum was an absolute nightmare. The kids were fighting and it was hard because I was doing it on my own.

“I was so bored and depressed. I was finding myself having a glass of wine or two every night, because I was that bored. There’s only so much housework you can do.

“I hate being controlled and being stuck at home gave me really bad anxiety. I’m not drinking like that anymore, I went on a bit of a health kick with some prep meals.

“The second and third lockdowns were a lot healthier, but in the first one I went on a bit of a mad one.” 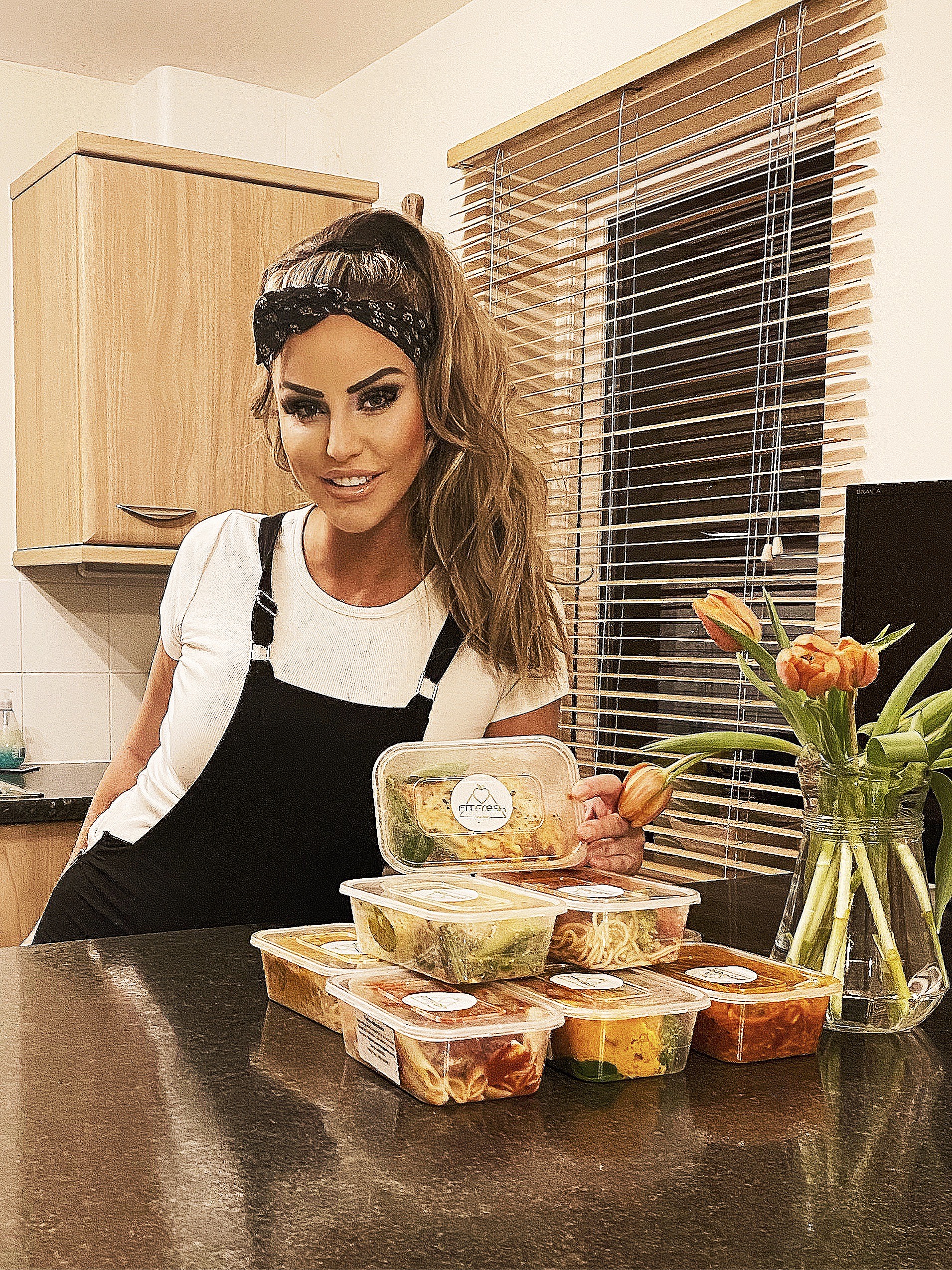 Danielle admits she was boozing through the first lockdown – but has been healthier lately with her prep mealsCredit: Supplied 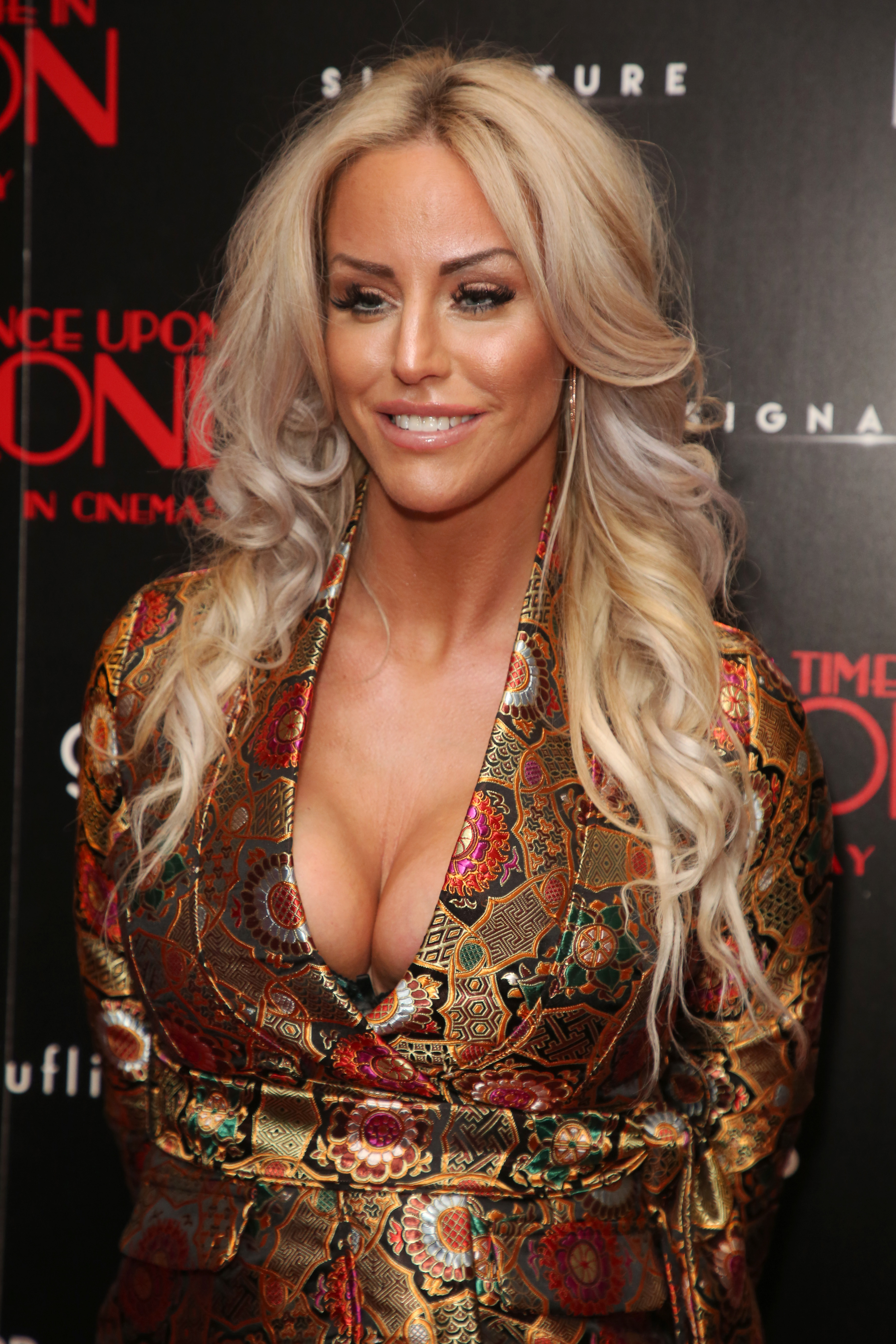 Danielle is also getting her GG boobs taken down a cup sizeCredit: Splash News

Danielle also revealed she is getting her fake boobs re-done with Harley Street’s Professional Cosmetic Surgery, to take her down a size from her current GG-cup.

She says: “I originally had them done after my first child and then I fell pregnant again, so I ruined them.

“Dr Prakash is one of the best in the business. He’s going to sort them out and I’m going to go a bit smaller because they’re too big, they hurt my back. I’m only going down a size but they’re really heavy at the moment.

“In the past, I had some lipo, but that was years again and stupidly I had it before Delilah so it didn’t work.

“I would not recommend lipo, you’re better off going to the gym. I literally took an inch off my waist, it was so painful and didn’t look much different.

“I get a bit of Botox and I’ve had non-surgical lipo done, with the 3D machines, but that only lasts a couple of months and I’ve had nothing since Covid.

“I wouldn’t mess around with my body unless I needed to, my boobs are too big and also I’ve had these implants in nearly 10 years so one’s a bit twisted, I just want them taken out and new ones put in.”