Moving on! Danica Patrick traveled to Egypt for two weeks after her ex Aaron Rodgers revealed his engagement to Shailene Woodley on February 6.

The former race car driver, 38, reflected on her “long and amazing journey” via Instagram on Sunday, February 28, one day after the trip came to an end.

“Everything is right on time.☺️??,” she wrote alongside a photo smiling beside the sphinx amid her travels. “Will definitely share more amazing pics. Lots of wow! Lots of history. And SO many questions about how and who done it.”

The athlete smiling shared a selfie from the trip as well as several snaps in front of the ancient monuments. “It was Great?. It was early. And it was so so so worth it!” she captioned more photos, noting it was a full moon when she made her way to the pyramids.

The Wisconsin native’s posts came less than a week after Woodley confirmed that she is engaged to Rodgers, 37.

“Everybody right now is freaking out over it and we’re like, ‘Yeah, we’ve been engaged for a while,” the Big Little Lies actress, 29, told Jimmy Fallon on the Monday, February 22, episode of The Tonight Show Starring Jimmy Fallon. “He’s, first off, just a wonderful, incredible human being. But I never thought I’d be engaged with somebody who threw balls for a living. Like, I never thought as a little girl … ‘Yeah, when I grow up, I’m gonna marry someone who throws balls! Yeah!’ But he’s really just so good at it.”

A few weeks prior, Rodgers announced his engagement during an acceptance speech at the virtual NFL Honors awards. 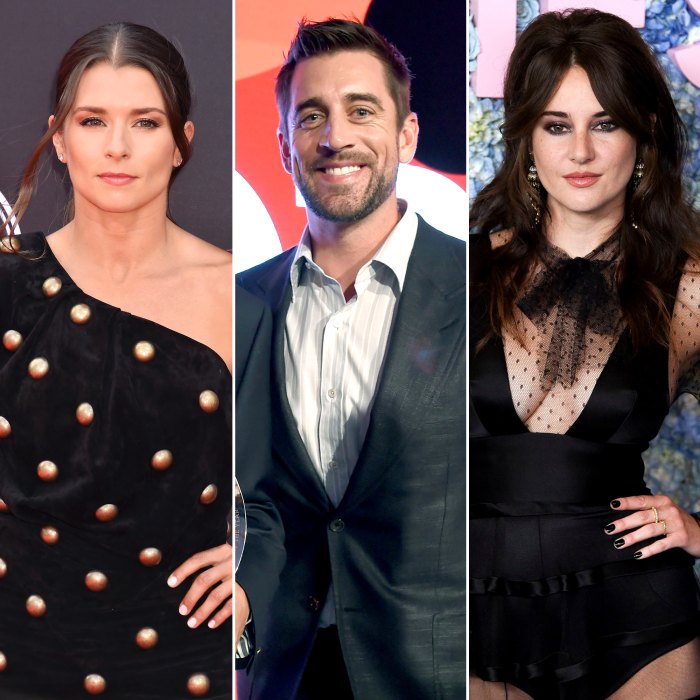 “2020 was definitely a crazy year filled with lots of change, growth, some amazing, memorable moments, 180 straight days of having my nose hair scraped, playing for very little fans or no stands the entire season,” Rodgers said during his speech on February 6. “I got engaged and I played some of the best football in my career. So I’d like to thank, first and foremost, my teammates for their support, their inspiration, protection, incredible play on the field. … Off the field I’ve got a great group of people that support me, so I’d like to thank my team.”

He thanked several people close to him before shouting out “my fiancée” — he did not name her, however.

The California native was first linked to Patrick in December 2017 after the duo was spotted having dinner together in Green Bay, Wisconsin. Us Weekly confirmed their romance the following month.

Things between Rodgers and the Pretty Intense author were serious. In August 2019, she teased the possibility of marriage while speaking with E! News. “I mean, I would hope that’s the intention,” she said at the time. “Look, there’s no guarantees in life, but as long as you have that intention, that’s what matters, right?”

Months after she made those comments, Patrick and Rodgers purchased a $28 million mansion in Malibu, California. The three-story home was previously owned by singer Robbie Williams but their happily ever after ended when the duo called it quits in July 2020. 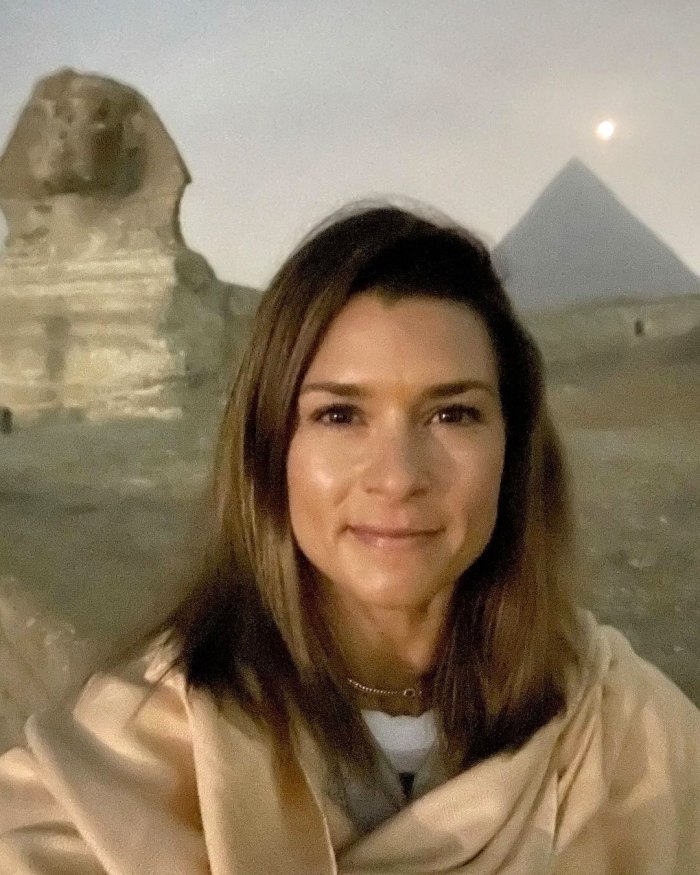 Patrick’s rep confirmed the split to Us, revealing that they were “no longer together” in a statement. Confirmation came after fans noticed the Wisconsin native unfollowed the NFL player on Instagram.

Prior to her relationship with Rodgers, Patrick dated NASCAR driver Ricky Stenhouse Jr. They ended their relationship in December 2017 after five years as a couple.

Woodley and Rodgers’ romance was confirmed by Us in February 2021 — three days before he announced that he was engaged.