Her point of view. Dale Moss’ sister Robyn Moss got real about the end of his relationship with fiancé Clare Crawley days after the couple split.

The former Bachelorette contestant, 32, posted a selfie with his sister via Instagram on Saturday, January 23. “Lil sis popped up in NYC and surprised me yesterday,” he wrote. “Love you @robynmoss.”

In the comments section, Robyn fired back at rumors surrounding the breakup. “Super sorry you can’t post a picture of you smiling with your sister either. I came here to lift your spirits up after everything you’ve had to go through,” she replied. “People can continue to spread lies and bash you, but you in your heart know the truth along with the ones close to you.”

She added: “Glad to be here after these tough last few weeks.” Dale has since turned off comments on the post.

Us Weekly reported on Tuesday, January 19, that Crawley, 39, and the model split two months after their engagement aired on The Bachelorette. He then confirmed the news in a statement on Instagram. 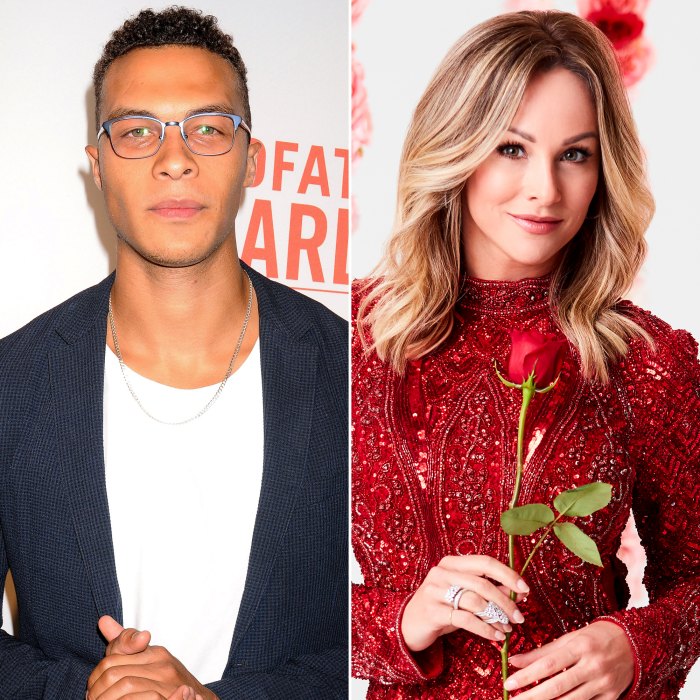 “We appreciate the love and support we’ve received from so many people, but this is the healthiest decision for both of us at this time,” he noted. “We strongly believe in leading with love and always remaining true to oneself — something our families have taught and instilled in us throughout our lives. We only hope the best things for one another.”

Crawley, for her part, admitted in her own Instagram post on Thursday, January 21, that she was devastated by the split. “Speaking for myself, my intentions with this relationship have always been very clear, so the truth is I am crushed,” she wrote. “This was not what I expected or hoped for and am still trying to process this.”

A source told Us earlier this week that the Bachelor alum “was the main cause for the breakup,” while a second insider revealed that the relationship “became really messy.”

Dale faced infidelity rumors after news of the broken engagement. However, a source claimed to Us that he “never cheated.” After Eleonora Srugo was linked to the reality star, the real estate agent’s spokesperson came forward, telling Us the two “have never been romantically involved in any way” and “have been platonic friends for a few years.”

Amid the drama, Robyn showed support for her brother, writing via her Instagram Story on Thursday: “I can proudly say, still until this day, NOBODY has had or will ever have my brother’s back like I do.”

How to Properly Use PR and SEO to Amplify Marketing Results

Justin Bieber Through the Years: Photos of His Life