Family first. Dale Moss‘ sister Robyn Moss is speaking out after he confirmed that he and Clare Crawley called off their engagement.

“I can proudly say, still until this day, NOBODY has had or will ever have my brother’s back like I do,” Robyn wrote in an Instagram Story on Thursday, January 21, one day after news of her brother’s breakup made headlines. 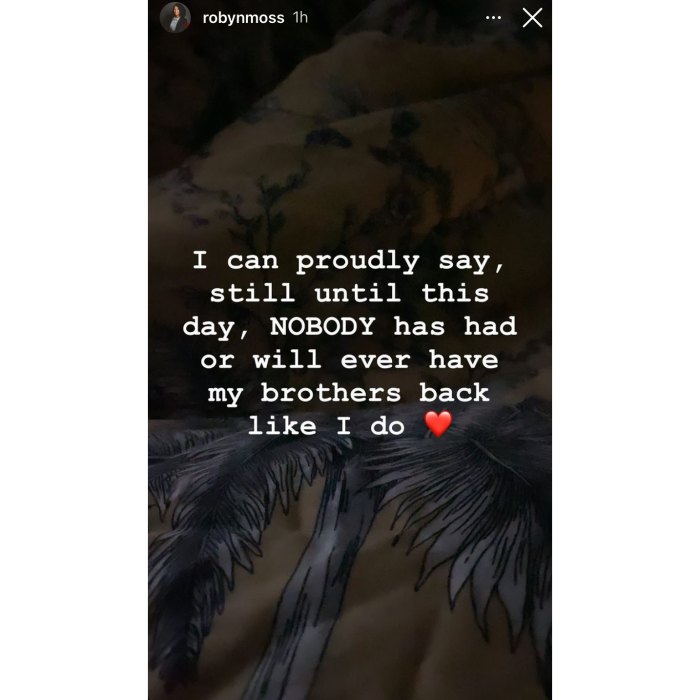 Dale, 32, and Crawley, 39, fell head over heels for each other after meeting on season 16 of The Bachelorette, which filmed last summer. Sparks flew between the couple and they opted to exit the show early, with the South Dakota native proposing after knowing Crawley for less than two weeks. Tayshia Adams later stepped into the role of Bachelorette for the remainder of the season. 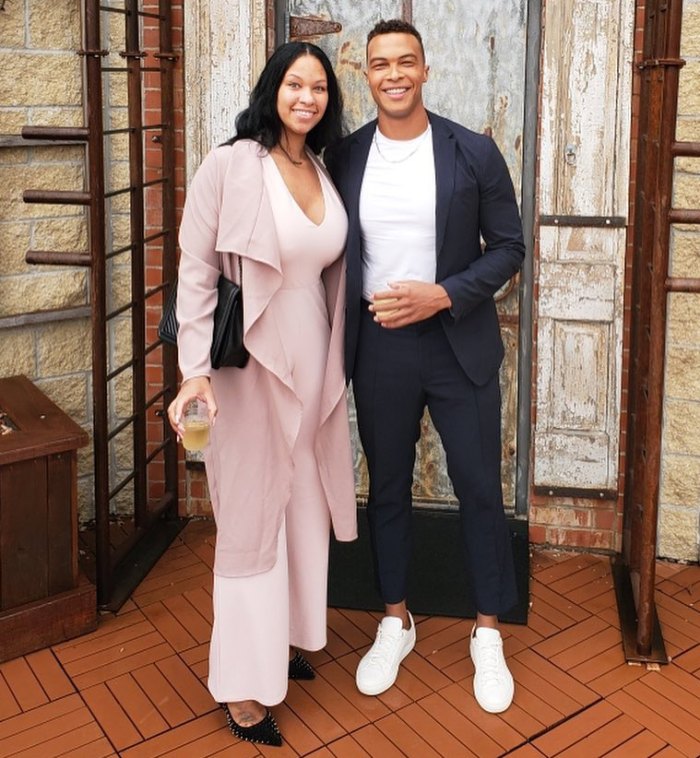 Us Weekly confirmed on Tuesday, January 19, that the reality TV couple had called it quits shortly before the former football player broke his silence via Instagram. “I wanted [to] share with you all that Clare and I have decided to go our separate ways,” Dale wrote at the time. “We appreciate the love and support we’ve received from so many people, but this is the healthiest decision for both of us at this time.”

The pair’s split quickly turned messy when Crawley alleged two days later that her former fiancé made his statement without her knowledge. “I was made aware of a ‘mutual’ statement at the same time you all were, so I’ve needed some time to really digest this,” the hairstylist wrote in an Instagram post on Thursday. “Speaking for myself, my intentions with this relationship have always been very clear, so the truth is I am crushed. This was not what I expected or hoped for and am still trying to process this.”

While Crawley acknowledged that her relationship with Dale “was not perfect,” she said that she was “genuinely invested” in the possibility of sharing a future with him. “I may not have the answers, but I do know this — I will continue to show up, stand by my word and be committed to love. XO Clare,” she wrote. 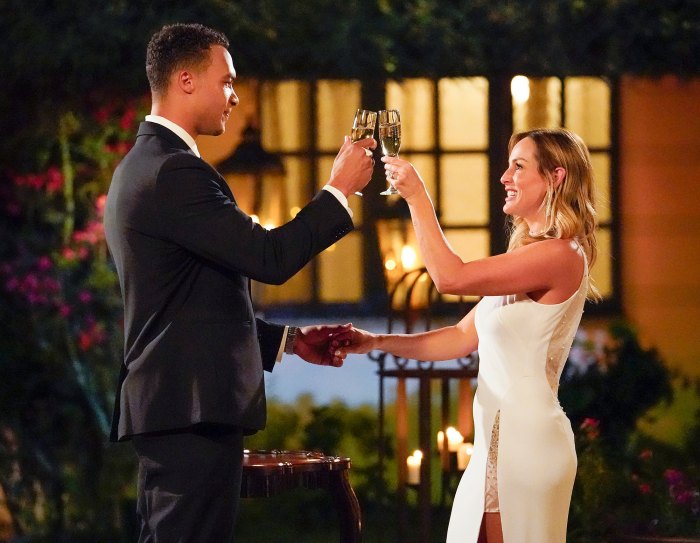 Rumors that Dale had been unfaithful during the relationship later surfaced amid reports that he was spotted with a mystery woman at Cipriani Downtown in New York City in November 2020, the same month his proposal to Crawley aired on the ABC dating series. However, a source told Us that the model “never cheated” and was “faithful the entire time he was dating Clare.”

The duo’s whirlwind romance raised eyebrows within Bachelor Nation, with some fans questioning how Dale and the California native could know they’d found The One so quickly. When the cameras stopped rolling, the pair realized they simply weren’t on the same page.

“Clare and Dale did not agree on a lot of things in the long run when they sat down and really discussed the future of their relationship. They had been fighting a lot as of late,” a source exclusively revealed. “Clare started many of the arguments, and Dale would try not to rock the boat too much, but it all became too much for the both of them. They finally realized that perhaps they did move too quickly after all.”