Nothing to see here? Dale Moss’ fidelity (or infidelity) had nothing to do with his split from Clare Crawley, a source close to the model tells Us Weekly.

“There is zero truth to any cheating rumors,” the source claims. “Dale was faithful the entire time he was dating Clare. He never cheated on her.”

The former football player, 32, made headlines on Thursday, January 21, after E! News reported that he had been “spotted enjoying a late-night candlelit dinner” with a mystery woman at Cipriani Downtown in New York City in November 2020, soon after his proposal to the hairstylist, 39, aired on The Bachelorette.

“It definitely looked like a date,” an eyewitness told the outlet, alleging that Moss and the unidentified woman left holding hands. “Dale looked really smiley and happy with her. They were laughing and flirting.” 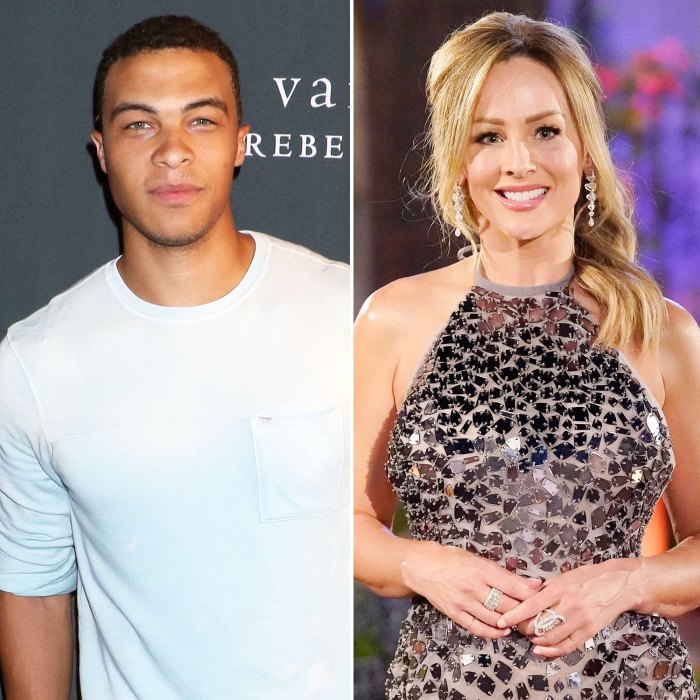 However, the source insists to Us that the woman is simply “a longtime friend” of the South Dakota native.

“She is a real estate broker and [had] been helping him find a new apartment for him and Clare in NYC,” the source adds.

Moss and Crawley met on season 16 of the ABC reality dating series and got engaged only two weeks into filming. After they left the show, Tayshia Adams replaced the California native as the Bachelorette and ultimately accepted a proposal from Zac Clark.

Moss and Crawley’s fast-tracked relationship came to an end earlier this month after Us exclusively reported that they had been dealing with “serious issues.” He confirmed their split via Instagram on Tuesday, January 19.

“I wanted [to] share with you all that Clare and I have decided to go our separate ways,” the former wide receiver wrote in a statement on his Instagram Stories. “We appreciate the love and support we’ve received from so many people, but this is the healthiest decision for both of us at this time. We strongly believe in leading with love and always remaining true to oneself — something our families have taught and instilled in us throughout our lives. We only hope the best things for one another.”

The Bachelor Winter Games alum later claimed that she “was made aware of a ‘mutual’ statement at the same time you all were,” writing via Instagram on Thursday, “Speaking for myself, my intentions with this relationship have always been very clear, so the truth is I am crushed. This was not what I expected or hoped for and am still trying to process this.”

A source exclusively told Us on Thursday that Moss broke up with Crawley “last week after their San Diego trip” and “wanted to release his statement then,” even though his ex-fiancée “begged him to wait.”

How many matches would be played, which clubs involved and what about Champions League?