They said yes! Courtney Stodden is engaged to Chris Sheng, their boyfriend of three years.

Stodden, 26, revealed the news via Instagram on Sunday, May 30. “I said yes……OH and the ring made me gag it’s so beautiful 🔥😍💎 #engaged #stopasianhate #diamondsareagirlsbestfriend,” they captioned a video showing off the diamond ring.

“Chris got down on one knee while I was crying my eyes out!” Stodden told E! News of the proposal. “We returned home from a night out in Palm Springs and in between the rosè and pent up feelings, I needed a good cry!”

Sheng, 41, is an entrepreneur and tech consultant. He explained that he hadn’t intended to propose to his love at that moment.

“So this happened! Not how I planned but the moment was right. On Friday, May 28 I proposed to the love of my life and they said Yes,” Sheng wrote in his own post via Instagram. “I feel so blessed and fortunate. We have both grown so much since we first met, and the fact that we have both been able to grow into better, stronger, more secure individuals while still being in a relationship together makes me have faith that this partnership will last a lifetime.” 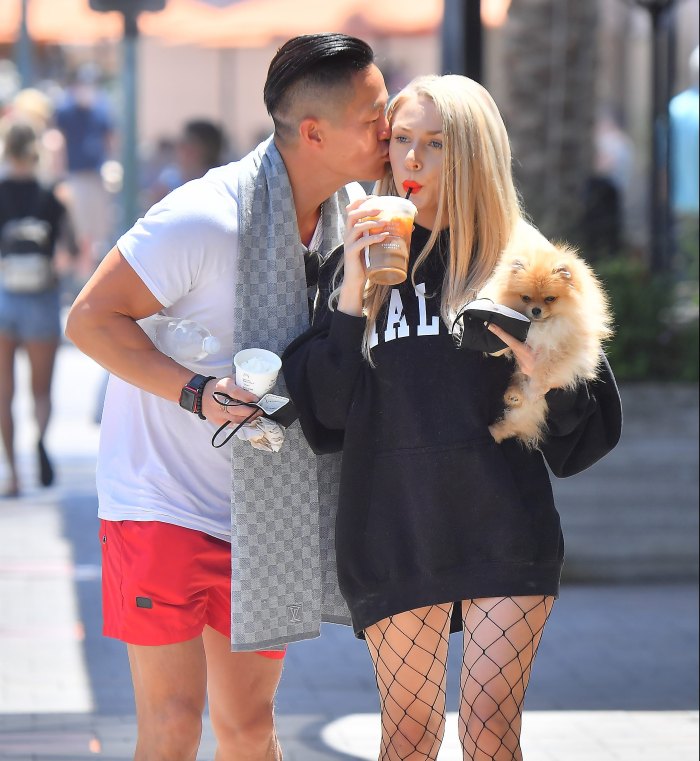 He continued, “For the first time we’re both experiencing unconditional love. The truest kind of love. The kind where we may not always like each other but will ALWAYS love and respect each other. I promise to always be your rock, support, and shoulder to lean on – no matter what. I got you.”

At age 16, Stodden was famously married Doug Hutchinson, who was 51 at the time. They officially separated from the Green Mile actor in late 2016, but the divorce wasn’t finalized until March 2020.

Stodden, who came out as nonbinary in April 2021, spoke to Us Weekly exclusively in March 2020 about the trauma they are still processing even after the marriage legally ended.

“I’ve been dating the same guy for three years, Chris [Sheng]. I am working on myself every day,” they said at the time. “It isn’t easy to believe in love. It’s hard for me to completely open up to him and trust. I’m constantly pulling back and criticizing everything about everything. I need time to heal and hopefully I can learn how to love again fully.”