Whoops! Colin Jost admits he wasn’t a lot of help when it came to planning his wedding to Scarlett Johansson.

The Saturday Night Live star, 38, revealed that he wasn’t as involved as he maybe should have been, blaming it on a lack of knowledge and taste.

“I don’t pretend to know much about things or have taste in things,” Jost revealed to Entertainment Tonight on Wednesday, February 17. “I’m very happy to rely on someone who has a lot better taste and knowledge of things. That’s sort of what I’ve learned in general in my life. I’ve never been like, ‘Oh, should I wear this shirt?’ … I never know, so I always would rather someone else tell me.” 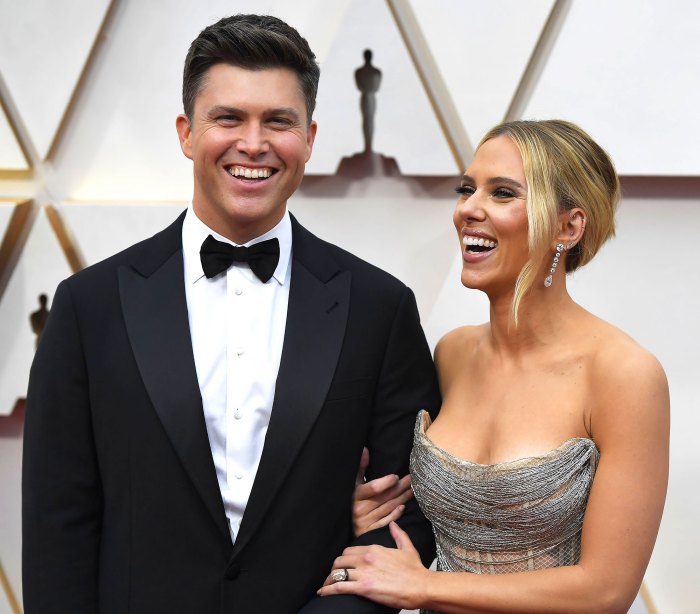 The Staten Island native added that he had never given much thought to all the things that go into planning a wedding.

“I never grew up imagining my dream wedding, like, this is what I want. I imagined my dream partner rather than my dream wedding,” he explained. “There’s a lot of details to it that I just didn’t even consider.”

Jost did, however, put a lot of thought into his proposal, which he called a “way bigger decision.” The comedian said, “I was much happier about getting [that] right than any of the other [things].”

The couple tied the knot in October 2020, amid the coronavirus pandemic. Meals on Wheels America announced their marriage via Instagram. Jost and Johansson used their announcement to encourage fans to contribute to Meals on Wheels in honor of their union.

“We’re thrilled to break the news that Scarlett Johansson and Colin Jost were married over the weekend in an intimate ceremony with their immediate family and loved ones, following COVID-19 safety precautions as directed by the CDC,” the organization captioned its post.

Jost was first linked to the Lucy star, 36, in May 2017 after meeting on the set of Saturday Night Live. Johansson’s publicist confirmed their engagement to The Associated Press two years later. The actress raved about her beau during a December 2019 appearance on the show. “This place means so much to me,” she said at the time. “I have so many friends here, and I met the love of my life here.”

After they started dating, Jost admitted he feared he would lose himself in their relationship and be known only as her boyfriend. During a July 2019 interview on The Howard Stern Show, he said, “You have to keep your own identity and do your own thing.”

Johansson was previously married to Ryan Reynolds from 2008 to 2011 and Romain Dauriac from 2014 to 2017. She and the France native share one child, daughter Rose, 7.