Cameras might not be rolling on Clare Crawley and Matt James — but that doesn’t mean the drama has come to an end.

The season 16 Bachelorette, 40, seemingly took aim at the North Carolina native, 29, on social media after news broke that he might be seeing someone new despite reuniting with ex Rachael Kirkconnell in New York City. When one Twitter user reminded fellow Bachelor Nation fans that Crawley had “tried to warn” them about James in the past, the hairstylist couldn’t help but respond.

Crawley reposted the tweet on Friday, April 9, and added a shrug and smirk emoji for emphasis. 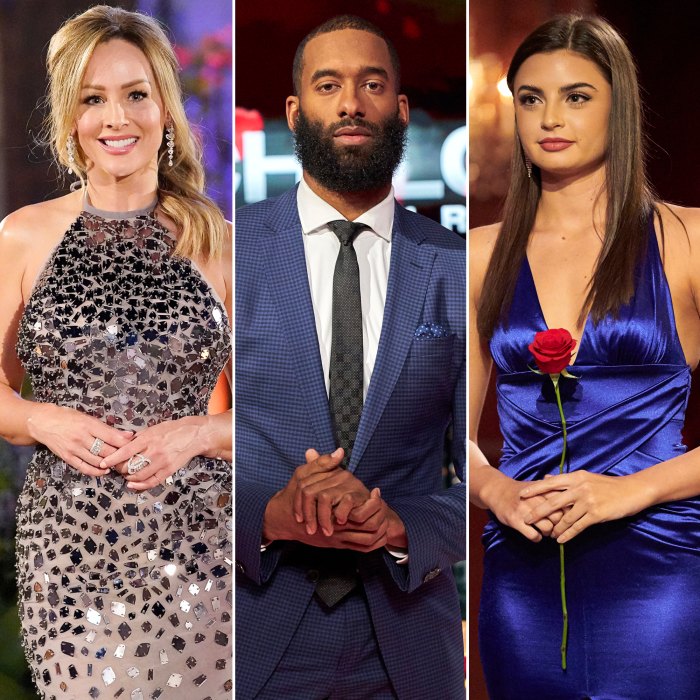 James was originally slated to appear as a contestant on Crawley’s season of the ABC dating series before filming was postponed due to the coronavirus pandemic. In June 2020, the Wake Forest University alum was announced as the franchise’s first Black Bachelor. Two months before James made history, the California native was slammed for taking a swipe at him on social media.

“If you are doing interviews and creating Cameo accounts before you are even on my season… you are in it for the wrong reasons… #dontwasteyourtime,” she tweeted in April 2020, seemingly calling out Tyler Cameron‘s BFF, who was doing press at the time to promote a Fit-A-Thon charity live stream event.

After facing backlash from fans for the shady diss, Crawley asserted that she wasn’t referring to James specifically. “It was about MULTIPLE men and a general thought I was having while we sit here in a real life crisis where someone’s (everyone’s) time + sincerity hold so much weight and value,” she clarified in another tweet.

When Crawley’s season went into production last summer, the ABC Food Tours wasn’t one of her suitors. James eventually began his own search for The One and fell for Kirkconnell, 24, who he asked to be his girlfriend instead of proposing at the end of their Bachelor journey. However, the pair called it quits when racially insensitive posts and behavior from the Georgia native’s past resurfaced. She has since issued several public apologies for her mistakes.

Earlier this month, James and Kirkconnell were spotted together in New York City and instantly sparked speculation that they were rekindling their romance following their dramatic breakup. A source exclusively told Us Weekly that the reunion was purely platonic.

“They’re not officially back together,” the insider explained. “She reached out to Matt to see if he would be open to meeting with her. They’ve been communicating this whole time and she’s been updating him on how she’s been educating herself.”

Things between the reality stars got even more complicated when rumors swirled that James was seeing another woman. “Rachael is very emotional right now because she was very hopeful that things were going to work out. She’s still trying to process this,” a second source revealed, while a third insider claimed that James “was not looking for a romantic relationship with Rachael after he ended it with her.”

A woman named Grace, who James went on a few dates with before season 25 of The Bachelor began filming, later shared her story with Reality Steve on Friday. During the conversation, Grace said, “Rachael is really a victim here” and claimed that James joined Bachelor Nation for the fame.

As the drama continues to unfold, Kirkconnell is feeling “very hurt” and “manipulated” by her ex. “There seems to just be a big miscommunication between them,” a source explained.