Clare Crawley debuted another new hairdo as she continues to hang out with Bachelor ex Dale Moss in Florida — and she’s not here for the haters.

The 39-year-old former Bachelorette took to Instagram to show off her “fresh hair makeover” that includes a fresh “cut, color and extensions” on Wednesday, February 17. Crawley’s blonde ‘do comes less than two weeks after she dyed her locks pink amid her breakup with Moss, 32. 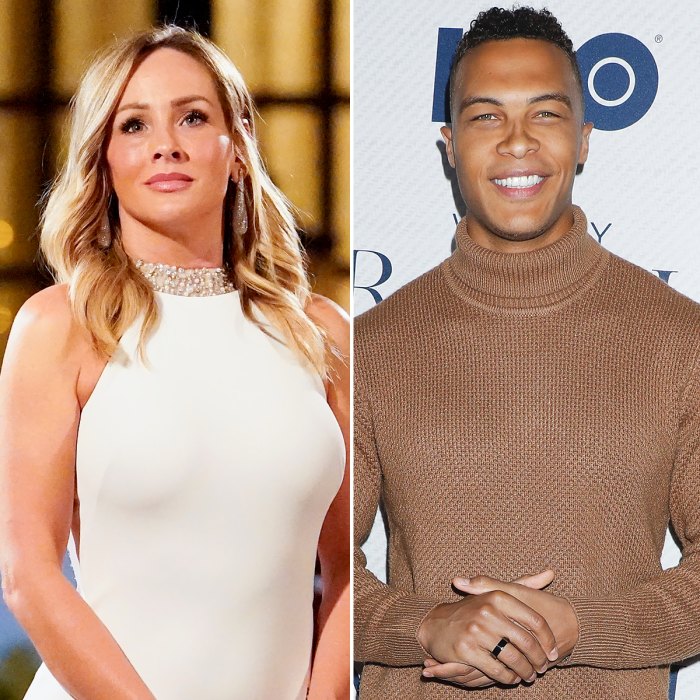 “Ughh give it up already! No one cares!” a social media user commented on Crawley’s pic on Wednesday.

The reality TV personality fired back, “Clearly you do ?.”

While Moss confirmed last month that he and Crawley ended their engagement two months after their proposal aired on season 16 of The Bachelorette, the twosome were spotted holding hands in Florida on Tuesday, February 16. Later that day, the duo were seen having drinks at Nokomo’s Sunset Hut in Nokomis, Florida.

“They were just hanging out, having a couple drinks,” an eyewitness told Us Weekly, adding that they didn’t appear romantic. “It was just the two of them. They were laying low and people kind of left them alone.”

Crawley and Moss went on to spend the day together in the Sunshine State. After he documented getting a pedicure after he lost a bet to Crawley via Instagram Stories, Moss posted snaps from dinner at Rosebud’s Steak & Seafood House in Osprey, Florida. The Sacramento native subsequently shared pics from the same restaurant on Wednesday evening.

During the summer of 2020, Crawley and Moss made Bachelor Nation history after he proposed within the first two weeks of filming the series. ABC subsequently called in Tayshia Adams to take over as the Bachelorette for the remainder of the season.

Last month, Moss revealed that the pair going their separate ways was “the healthiest decision” for both him and Crawley. After she suggested that he announced their split without her permission, Moss took to Instagram Live to address backlash for how he handled the end of his short-lived engagement.

“This has f–king rocked me,” he told his followers through tears on January 30. “I felt so many emotions, so much guilt, but also so much confusion, so much hurt, and I know that we both have. And looking for so many answers before this even happened on how to make things better. But the reality of it is, life isn’t perfect. And we make mistakes. I’ve made a lot of them, I know we all do. My pops would always say you gotta hurt before you heal. I’ve been f–king hurting. A lot.”

He concluded: “F–k my heart was just f–king heavy, especially the last week. And at the end of the day, I think we all try to do the best that we can and make the best decisions that we think at the time. It doesn’t mean it’s always the right one. … I know she has been f–king going through it. And whatever the case, I know that we will figure this out together, whatever it is.”

Paddington 3: Who should follow Hugh Grant as the villain?