Don’t even think about it! Clare Crawley shared a screenshot of hurtful messages from a troll, questioning why exactly people choose to act in such a harsh manner.

“Do you think she wakes up and is like, ‘I feel so good today. The sun’s out. I feel amazing. I just feel like talking s—t to someone I don’t know today?’” the former Bachelorette, 40, said via her Instagram Stories on Wednesday, April 14.

Over the course of two months, the troll had contacted the hairdresser four times. 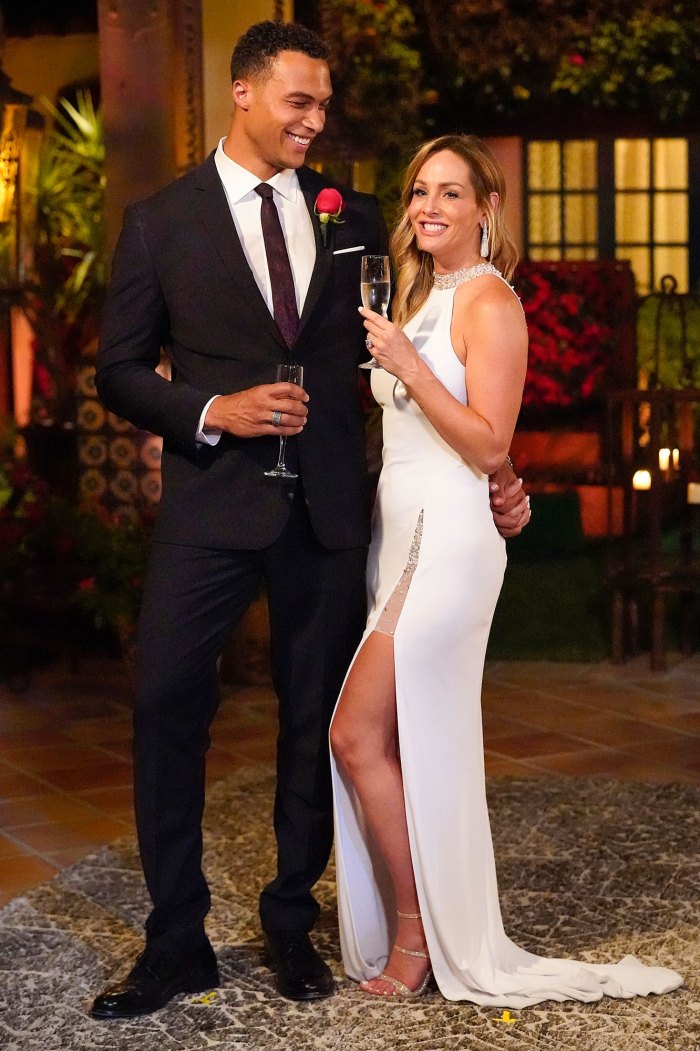 “Sucks to suck I hope [Dale Moss] leaves your old ass,” they said. “You are a f—king idiot. I can’t wait until Dale [breaks up with you] again. And who you gonna cry to?”

The California native added a note of her own to the screenshot.

“I take breaks from looking at my DMs if you’re wondering why I don’t get back to some people … this is why,” she wrote.

In the same social media session, Crawley participated in a fan Q&A. After someone asked her how it feels to be 40, she noted that “aging is something that is a blessing.”

The Bachelor Winter Games alum made history when she was cast as the Bachelor franchise’s oldest Bachelorette at age 39. While filming her season, she quickly fell in love with Moss, 32. 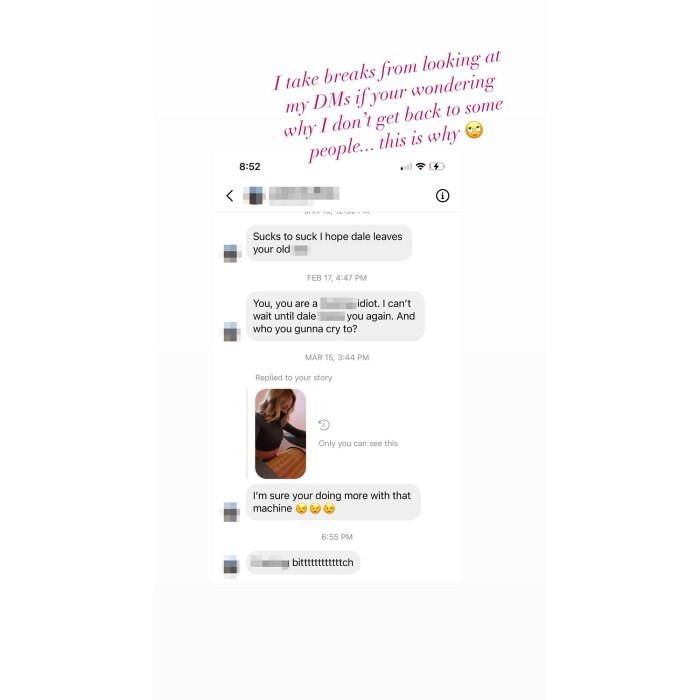 The South Dakota native ended up proposing after two weeks, and the pair left the show. Upon their departure, Tayshia Adams took over as the Bachelorette for the remainder of season 16.

Though the couple’s relationship has been hot and cold since they exited The Bachelorette, they are currently together. The former football player confirmed that he and Crawley had officially reconciled on April 7, three months after Us Weekly exclusively shared they’d called off their engagement.

Though Moss wasn’t mentioned in Crawley’s story aside from in the troll’s comment, the former Bachelor star did allude to the pair’s connection.

“How many of these [questions] are asking about your relationship status?” a fan asked. “The majority,” she answered, smiling.

“Clare and Dale are dating again, they’re working on things in their relationship,” a source told Us exclusively in March. “Nothing has been made official with regards to an engagement, they’re enjoying their time together and taking things as they come.”

Is AI Our Friend or Our Foe in Tackling the Novel Coronavirus?