Be your own valentine. Christina Anstead posted an empowering message about loving herself on her first Valentine’s Day since splitting from estranged husband Ant Anstead.

The Christina on the Coast star, 37, shared an inspiring affirmation on her Instagram Story on Sunday, February 14, in honor of the holiday. “Heal your past. Love yourself for how far you’ve come. And live in gratitude for how much you have. It’s important to work hard and become the best version of yourself. But having fun, being kind to others and loving yourself is what it comes down to. Always remember that,” the quote read. 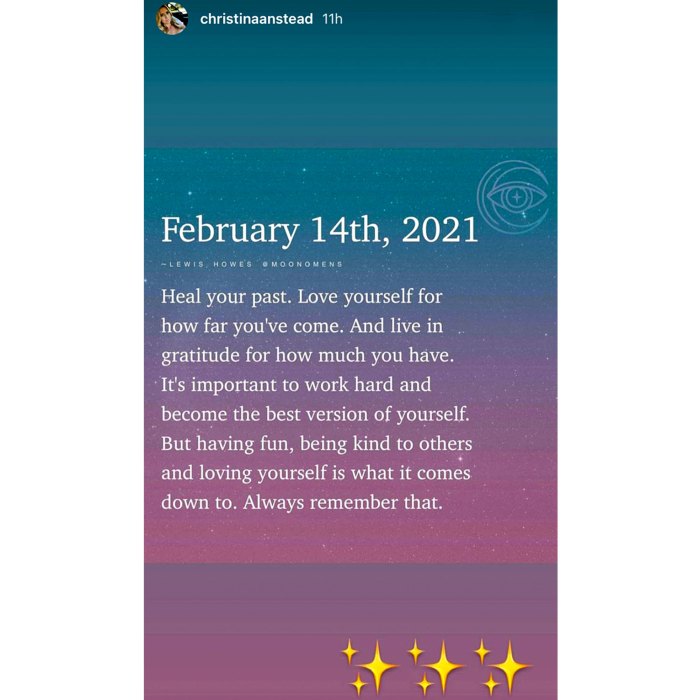 The HGTV personality gave fans a glimpse at how she spent the special day with her daughter, Taylor, 10, and son Brayden, 5, whom she shares with ex-husband Tarek El Moussa. Christina took her kids to Utah for some fun in the snow — and was joined by Tarek’s mother, Dominique El Moussa.

“Modern Family ❄️ thank you Tarek for letting me borrow your mama!” Christina gushed via Instagram.

The real estate investor was previously married to Tarek, 39, from 2009 until their 2016 split. Their divorce was finalized in January 2018, and Christina married Ant, 41, in the backyard of her California home 11 months later. The duo welcomed son Hudson, now 16 months, in September 2019.

After less than two years of marriage, Christina announced in September 2020 that she and the Wheeler Dealers alum were going their separate ways. “We are grateful for each other and as always, our children will remain our priority. We appreciate your support and ask for privacy for us and our family as we navigate the future,” she wrote via Instagram at the time. 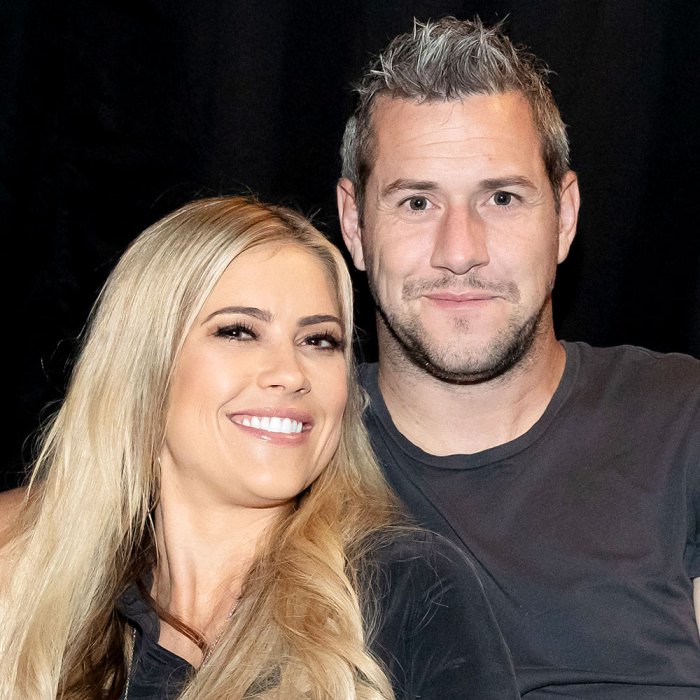 Two months later, the California native officially filed for divorce from Ant, citing “irreconcilable differences.” According to docs obtained by Us Weekly at the time, the estranged pair are seeking joint legal and physical custody of their son and are not requesting spousal support.

As his ex-wife continues to work through her split, Tarek told Us exclusively that Christina is coping as best as she can.

“She’s doing pretty good,” the Tarek’s Flip Side host revealed in January. “You know, we don’t talk too much personal stuff, but based on what I know, she’s doing great.”

While Christina hasn’t found her perfect match yet, the Flip or Flop star is looking forward to spending the rest of his life with fiancée Heather Rae Young. The couple got engaged in July 2020 after one year of dating — but haven’t settled on a wedding date just yet.