Back off! Chrissy Teigen hit back at critics calling her “tone deaf” for traveling to Washington D.C. amid the coronavirus pandemic.

The cookbook author, 35, came under fire on Tuesday, January 19, for documenting her trip to the nation’s capital with children Luna, 4, and Miles, 2, and her husband John Legend. The singer, 42, is set to perform at Joe Biden‘s inauguration on Wednesday, January 20. A social media troll slammed her for being “tone deaf,” adding that her “‘happy’ trip … minimizes what DC is going thru” after rioters descended on the Capitol earlier this month. 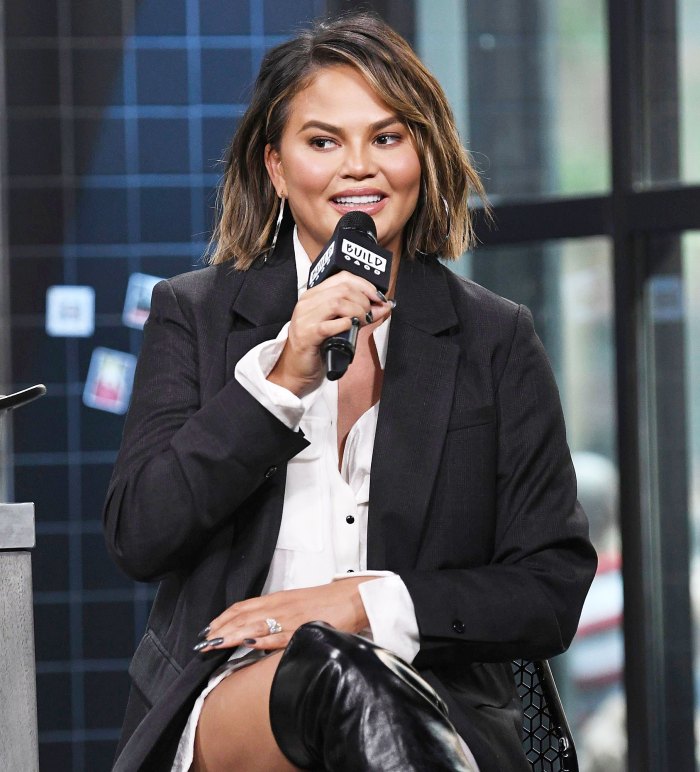 Teigen responded, “For f–ks sake why are you guys always always made at me, all I wanna do is make you happy or at least leave you with a neutral feeling of indifference.”

The model followed up with a second tweet moments after the first, saying, “This is not my fault but I’m sorry you’re frustrated. I just like to share what we are up to and whatnot.” Critiques came after she shared behind-the-scenes photos with fans from rehearsals.

Teigen continued sharing glimpses into her trip in the wake of the online backlash — and some from her husband, apparently. Late Tuesday night, the Washington native revealed that Legend’s performance was supposed to stay under wraps until Wednesday. “LMAO apparently that was all supposed to be a secret and I got scolded so act surprised tomorrow I’m crying,” she wrote on Twitter.

This isn’t the first time Teigen’s found herself at the center of online drama in recent days. On Saturday, January 17, she revealed to followers that she picked up horseback riding at the advice of her therapist after losing son Jack late in her pregnancy September 2020. “My therapist says I need something that I do for just me, as I have absolutely nothing currently lol. Today begins my journey into the horse world,” she wrote alongside a photo of a horse lying down.

A Twitter user hit back, saying, “A lot of people are unemployed and struggling to feed their family in the midst of a pandemic. Maybe now isn’t a great time to say you ‘have nothing’ so you bought a horse to entertain yourself.”

Teigen assured her haters it was all a misunderstanding. “A lot of u really misinterpreted this tweet and I guess that’s on me. I didn’t say I have nothing, I said I have nothing I do for just me. A convo with a therapist. A hobby. Cause I lost a baby. And I’m figuring myself out. And I didn’t buy a horse. But oh my god, what if I did?” she tweeted at the time.

“Why are you guys reading into this so much? The boredom,” she said in a second tweet related to the drama.
The kitchenware mogul has been open with fans about her grief after losing her third child last year. Last month, Teigen shared an Instagram photo of herself and the small baby bump that remained.

“I’m proud of where this entire journey took my body and mind in other ways. I love being pregnant, so so much, and I’m sad I never will be again,” she wrote in the caption.