Did someone say wedding bells? Chloe Sevigny revealed she secretly tied the knot with Sinisa Mackovic shortly before they welcomed their first child together in May 2020.

“Married on a Monday, March 9th 2020,” the Golden Globe winner, 46, wrote via Instagram as she marked her first year of marriage with the Croatia native, 38. “Happy one year anniversary my love ?.” 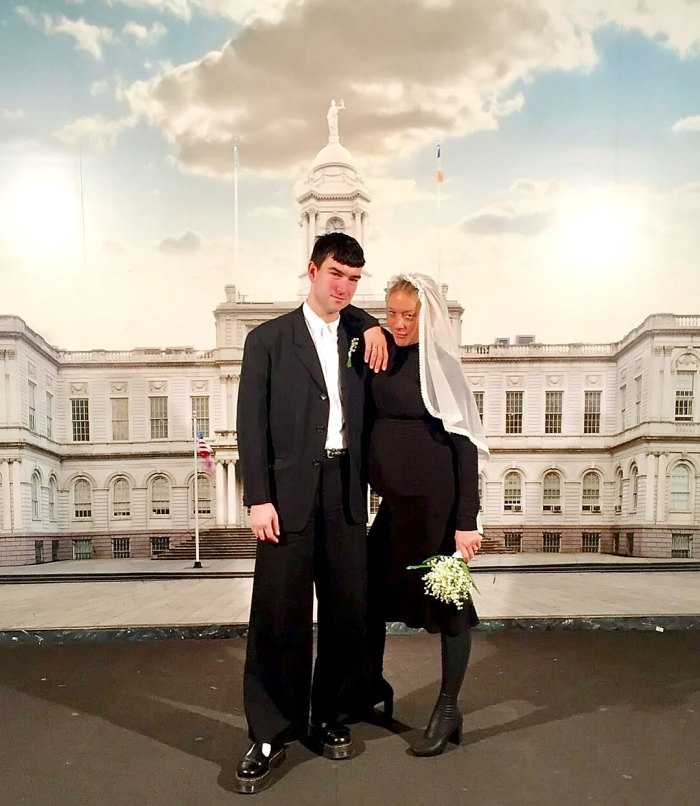 In the throwback pic from their low-key wedding, Sevigny draped one arm over her hubby’s shoulder and held a small bouquet of flowers in her other hand. Apart from the American Horror Story alum’s simple white veil, the couple dressed fully in black.

Friends and fans gushed over the pair in the comments, including writer Mindy Cardozo, who recalled “huffing those flowers all the way to you” on the special day. “Thank you for finding them for us! The perfect bouquet! Miss you,” Sevigny replied.

Two months after the duo’s secret nuptials, Us Weekly confirmed that the designer gave birth to a baby boy. “All are healthy and happy,” a rep for Sevigny revealed at the time.

The Boys Don’t Cry star debuted her baby bump during a New York City stroll with the Karma art gallery director in January 2020. Before they became a family of three, Sevigny opened up about the “distressing” ban on partners joining pregnant women in delivery rooms amid the coronavirus pandemic.

“#pregnantincoronatime. I hope all expecting families are finding some calm,” she wrote via Instagram in March 2020 after New York-Presbyterian hospitals announced that patients can only “remain closely connected to their loved ones through virtual means, including Skype, FaceTime, and/or phone” during delivery.

Once their little one arrived, Sevigny’s stress began to fade — and so did her time management skills. 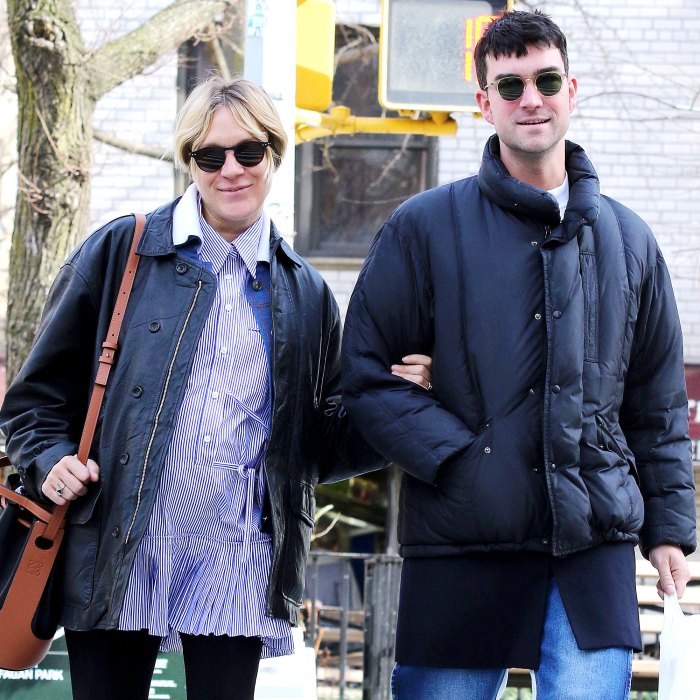 The Portlandia alum admitted that her pregnancy was a “happy accident,” but adjusting to her changing body — and to “being heavy for the first time” — wasn’t a breeze.

“I know it’s all relative. But it’s like, ‘How do I dress? Do I do body con? Do I do loose and flowy?’ But then I just look bigger,” she told the outlet, calling her early pregnancy “a very difficult” experience.

Before sparking a romance with Mackovic in 2018, Sevigny was linked to Luka Sabaat.

“I remember seeing this beautiful boy and being totally struck,” Sevigny previously told The Cut of the 23-year-old model. “He smiled at me and I melted. I was like, ‘Who is this kid?’ To me, it’s not about his style. It’s more about his energy and his vibe. I feel like it’s the same with me: People are always like, ‘Oh, she’s a style icon.’ But it’s like, there’s gotta be something else, you know?.”