Processing the pain. Carly Pearce admitted that coming to terms with her divorce from ex-husband Michael Ray was no easy feat.

“It was awful. I mean, I’m being completely honest with you, that it was so embarrassing. It was so shameful,” the “Every Little Thing” singer, 30, told Us Weekly exclusively on Tuesday, February 23, while promoting her new EP and upcoming YouTube performance. “I felt like I had failed. I felt like … I would never find love again because I was divorced at so young, and [I] was just embarrassed.”

The Kentucky native revealed that fellow country star Kelsea Ballerini was with her before the world found out about her split. “She goes, ‘Do you realize that you could help put a face to something that people think is so bad? But yet, you’re showing them that they can get through it too,’” Pearce recalled. “I remember just feeling, like, ‘Wow, OK. If I can get to a place where I feel like that,’ and I really do feel that way now. I have these connections with people in the middle of a pandemic where I feel closer to country music fans than ever.” 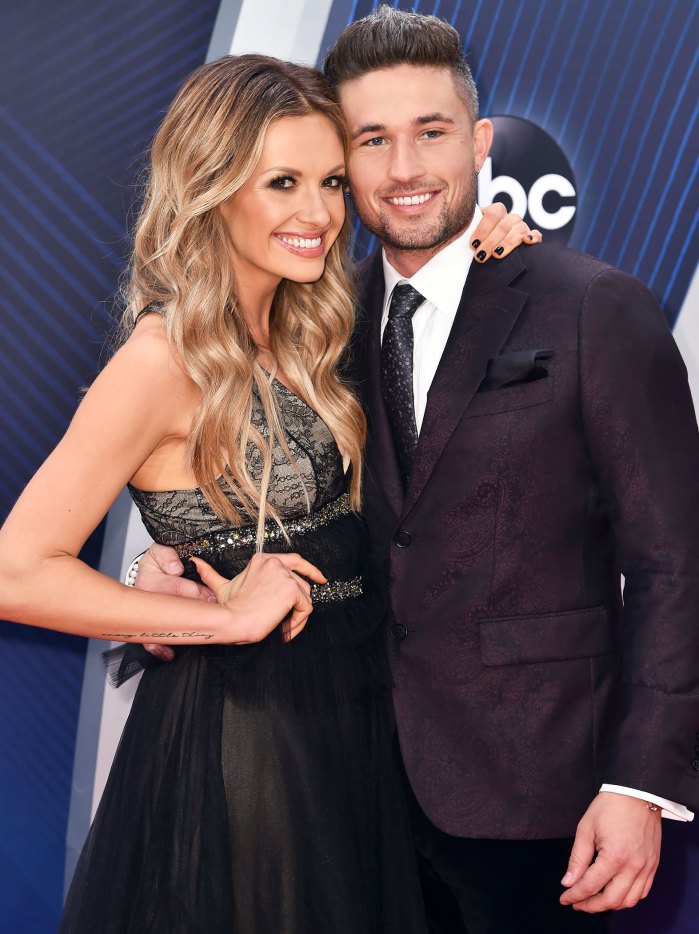 As for her advice to others going through a similar experience, Pearce believes it is important to realize that “life doesn’t always go the way that we think it will” but that it is best to “understand and trust the journey” you’re on. “Trust God, trust the process and use each experience — whether it’s good or bad — as a place of refining you instead of defining you,” she added.

The “Hide the Wine” songstress announced her engagement to Ray, 32, in December 2018 just five months after going public. The former couple tied the knot in October 2019 at a Nashville farm.

Us confirmed their split in June 2020 after eight months of marriage and Pearce filed for divorce later that month. Their separation was finalized in September 2020.

The “Closer to You” artist worked through her emotions from her divorce by creating new music for her new EP, titled 29. “I think I’ve always been somebody who processes her emotions through writing,” she explained to Us. “I’m not necessarily a great communicator immediately. I need, like, a minute to think about it. And I feel like this music, I take you on a journey of how I processed what all happened to me over the course of the year.”

She continued, “I’ve always been somebody who never shied away from speaking the truth. I came out with a heartbreak ballad about an ex-boyfriend that hurt me with ‘Every Little Thing.’ I then told [fans] about my apology to my ex on ‘I Hope You’re Happy Now.’ So, it felt like I had to speak the truth and couldn’t shy away from it. So, once I kind of had this moment of like, ‘This is all you’ve ever done, is be honest,’ I just kind of decided I had to fully go there or fans weren’t going to believe it.”

The seven-track EP’s titular song details how Pearce felt “so lost” after splitting from the “Whiskey and Rain” crooner.

“I genuinely am finding so much more purpose to my life than I even knew was possible,” she shared. “I feel like I’m impacting others in a way that I never thought I would. I feel like I’m giving a face to something that so many people, especially young people carry so much shame around — divorce. That’s not a sexy term. Especially as a young person, you’re like, ‘How am I divorced?’ And I’m really proud of that. I think that’s why we’re put on this Earth anyways, is to impact people. If I can do that in a small way like this, I would do it all again.”

Pearce’s EP, 29, is now available on all music platforms. She will play an intimate live performance of her new songs via YouTube on Wednesday, February 24.