Making sure she knew she was loved. Candace Cameron Bure opened up about her final conversation with Bob Saget, revealing the former costars had a minor disagreement weeks before his untimely death.

“It was just two weeks before he passed. I’m actually going to grab my phone. I’m so scared that I’m going to pull up his text and then accidentally delete it one day. It scares me so much because I don’t ever want to lose this,” the 45-year-old actress said as she reached for her iPhone during her Thursday, February 3, Today show appearance. “We were going to have dinner. And we got into a little tiff. And his flight was delayed. We ended up not having dinner.”

Cameron Bure explained that “in Bob fashion,” he texted her a lengthy text apologizing for being “cranky” during their previous interaction.

“He said, ‘Oh, now I feel even worse. I was so wrong. You’re, like, my favorite person on the earth. And I acted like Dolly. I was getting ready to take a late flight, and I was annoyed.’ Dolly was his mom,” she said. “‘You’re one of the few that understands if I act like Dolly, I’m not the best at my game that day. Haha.’ And Bob went on and on and on in the text and he said at the end, ‘I love you more for the trouble you’re giving me — if that’s even possible.’ And I wrote back, ‘I love you, I could never be mad at you. Roll my eyes at you? Yes. But never mad. You being Dolly — that made me laugh, I loved your mom.’”

She concluded: “And he just wrote back, ‘I love you, my mom loved you too.’”

“I love you. My mom loved you too.” –@candacecbure shares her last texts with her friend and former co-star Bob Saget. pic.twitter.com/zU6VGtTShV

Saget was found dead at the age of 65 in his Orlando, Florida, hotel room on January 9. His cause of death has yet to be confirmed, but no foul play is suspected. 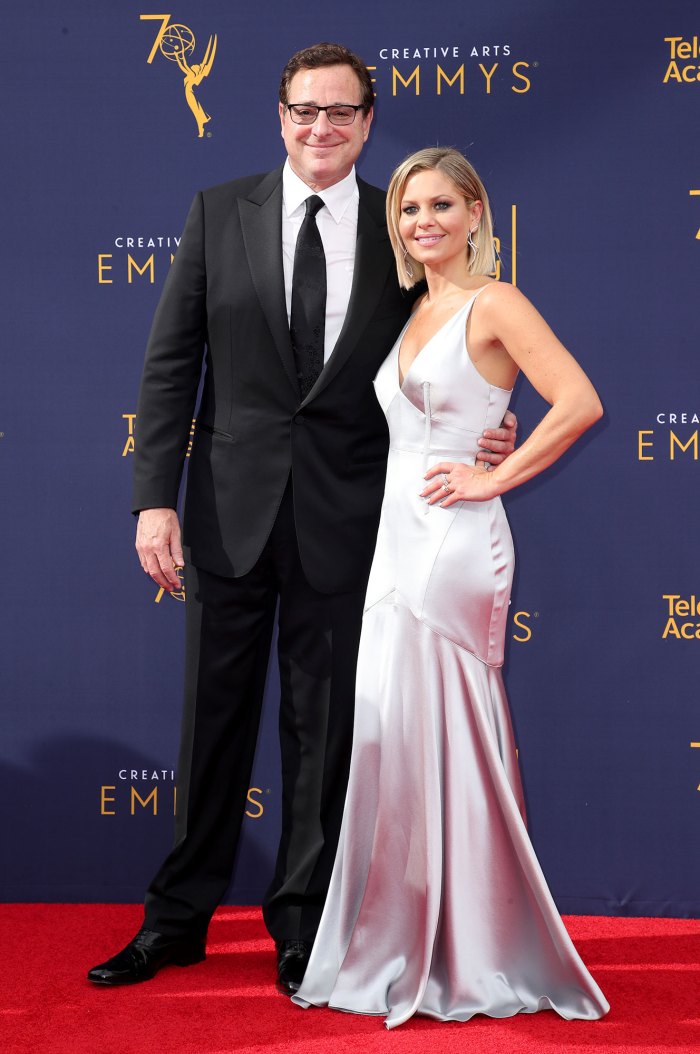 “I felt so safe with him,” Cameron Bure told Hoda Kotb, noting that her Full House dad was the first man in her life that she saw cry. “If you were hurting, he would hurt with you. You would see the tears well up in his eyes. Bob is a remarkable person, and I’ve never had a friendship like the one I’ve had with him. And that’s why it makes it so hard.”

After she pretaped Thursday’s interview with Kotb on Wednesday, February 2, the Hallmark Channel star took to Instagram Stories and explained: “It felt good to publicly talk about him in that way, because it’s been hard to grieve alone.”

Saget is survived by wife Kelly Rizzo and three adult daughters, whom he shared with ex-wife Sherri Kramer.