Camila Mendes is single! The actress and boyfriend Grayson Vaughn have split after nearly one year of dating, E! News reports.

The Riverdale star, 26, has removed all photos of the photographer from her Instagram account and she no longer follows him.

Mendes went public with their relationship in September 2020, sharing a photo via her Instagram of the then-couple kissing goodbye as she flew to Canada to return to the set of the CW drama. “That long distance kind of love,” the Palm Springs star captioned the still. 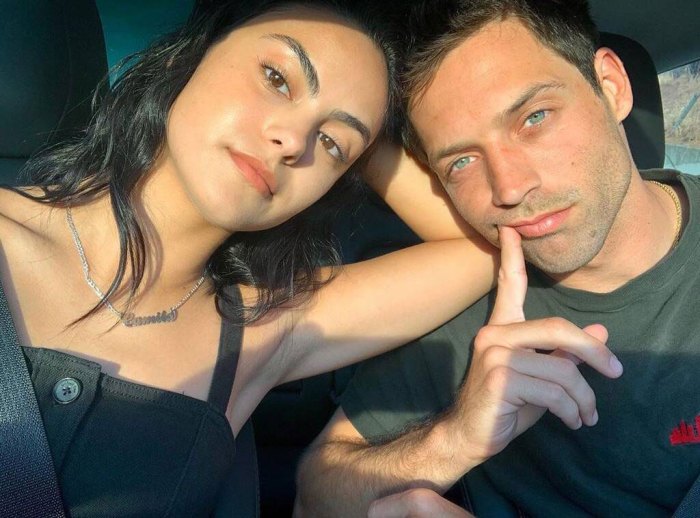 The following month, she wished Vaughn a happy birthday by dropping the L-word on Instagram. “You just had to be a scorpio huh. love you birthday boi,” she wrote at the time. He responded, “Te amo mais,” which translates to “I love you more.”

Earlier this month, the Perfect Date actress opened up about what it’s been like to film in Vancouver amid the coronavirus pandemic, spending a lot of time alone.

“In my day-to-day life, I’m a social butterfly. I love my friends and normally have to force myself to be alone. But in quarantine, I’ve learned how much I actually like spending time with myself,” she told Health magazine. “When this all started, I was in a place in my life that was go, go, go. I never imagined I’d have time to just sit and be by myself. It has really made me reevaluate priorities.”

She also revealed she began having “panic attacks” at the start of season 5. “I think it was because I was in Vancouver and borders were closed — no one could visit us. You start to miss your home and your life, and you don’t have your friends or community with you,” the Virginia native explained. “I want to say, I am so grateful to be working and would never want this to come off that I am not.”

Mendes, who plays Veronica Lodge on the teen drama, was previously linked to her costar Charles Melton, who portrays Reggie Mantle on the hit show.

“I’m happier than I’ve ever been in my life,” the Dangerous Lies star wrote via Instagram in November 2018, one month after going public with her relationship with Melton, 30. In May of that year, he opened up to Us Weekly exclusively about how he shows his love for her.

“I write letters to my girlfriend. I mean, I don’t think that’s the most romantic but, you know, it’s the little simple things that I’ve done for her,” the Sun Is Also a Star actor said at the time.

Although the pair remain costars on the show, they called it quits in December 2019, after more than one year together.

I fell pregnant at 13 but I’m a good mum