“Boy I sure do love this guy to the moon and back! Even though there’s been times I would have loved to take him to the moon, drop him off, and come back solo! 🌚🤣,” the model, 42, wrote. “That’s what 12 years of marriage looks like, right? We’ve had our fair share of floating-on-air ups and disheartening downs. But he is my person.”

The former Victoria’s Secret angel and the actor, 66, met in 2007 at their mutual trainer’s gym. In March 2009, the pair tied the knot in a ceremony at their home in Turks and Caicos. Six days later, they wed for a second time in Beverly Hills. 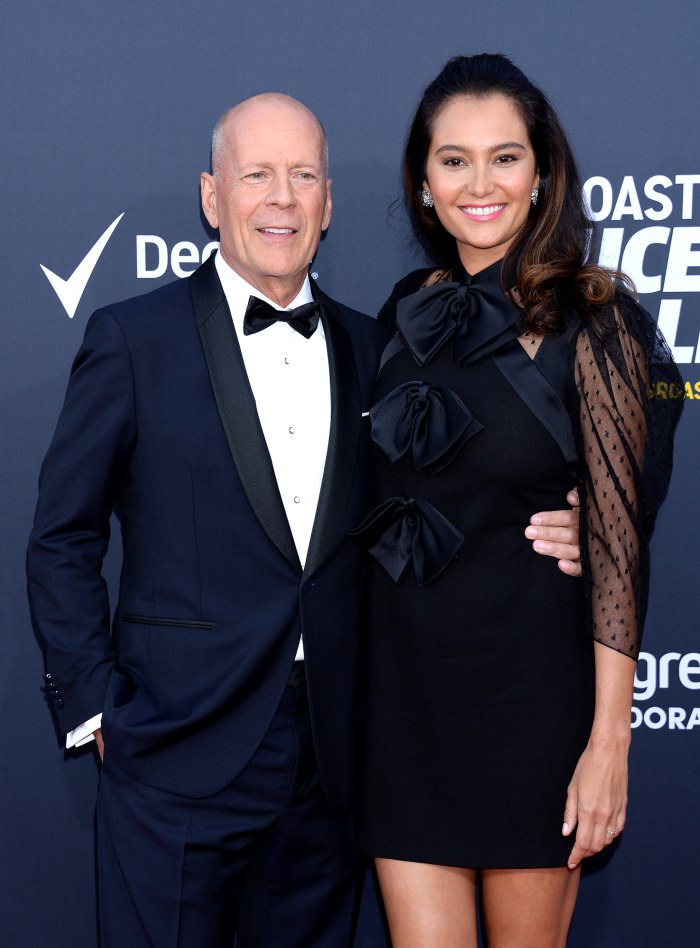 “There’s no one I would want to go through this crazy thing called marriage with than with him,” the Red 2 actress continued in her post. “He’s my family, he’s given me the family (and more) I dreamed of and I love him to my core. Happy 12th anniversary my sweet ♥️ #thickandthin #loveofmylife”

The blended family is very close. On March 19, Moore, 58, posted a sweet ode to her ex-husband on his birthday.

“Happy birthday, BW! You are a one of a kind!” the Ghost actress wrote. “So thankful to share these three beautiful girls and for our blended families ❤️❤️❤️.”

Earlier this month, the Inside Out author also shared a tribute to Heming.

“I #SeeHer as family who I am honored to call a friend. Our children are sisters and yet there is no name for what our family connection is to one another,” the St. Elmo’s Fire star wrote via Instagram on March 8 in honor of International Women’s Day. “We are mothers united, sisters bonded on this crazy adventure of life.”

Heming was quick to respond to her stepchildren’s mother.

“Well if this didn’t touch my soul. Thank you Demi ❤️ I adore you too,” she wrote.

Last year, Bruce briefly quarantined with Moore and their daughters amid the coronavirus pandemic. Though the pair split in 1998, Rumer praised her parents’ unique relationship during an appearance on Larry King Now in March 2015.

“They always made an effort to do all of the family events together and made such an effort to still have our family be as one unit, as opposed to two separate things, which I think really made an impact,” the House Bunny star said.

The Circle: Inside Yolanda’s whirlwind wedding just 24 hours before show