Britney Spears’ mother, Lynne Spears, denied Columbus Short’s claim that she once called him the N-word during a conversation with the pop star.

“I want to be very clear. Those terrible words are not remotely in my vocabulary,” the former schoolteacher, 65, said in a statement to the New York Post’s Page Six on Thursday, February 25. “I would never say that to anyone, much less my daughter. Ever.”

Short, 38, claimed in his 2020 autobiography, Short Stories, that he overheard either Lynne or her ex-husband, Jamie Spears, using the racial epithet to describe him in 2003 after he allegedly slept with Britney, now 39, during a trip to Rome. He did not specify which parent said it.

“I was next to [Britney] while she was on the phone with them crying while she had it on speaker,” he wrote before alleging that one of the Grammy winner’s folks asked her, “Why are you f–king that n–ger?” 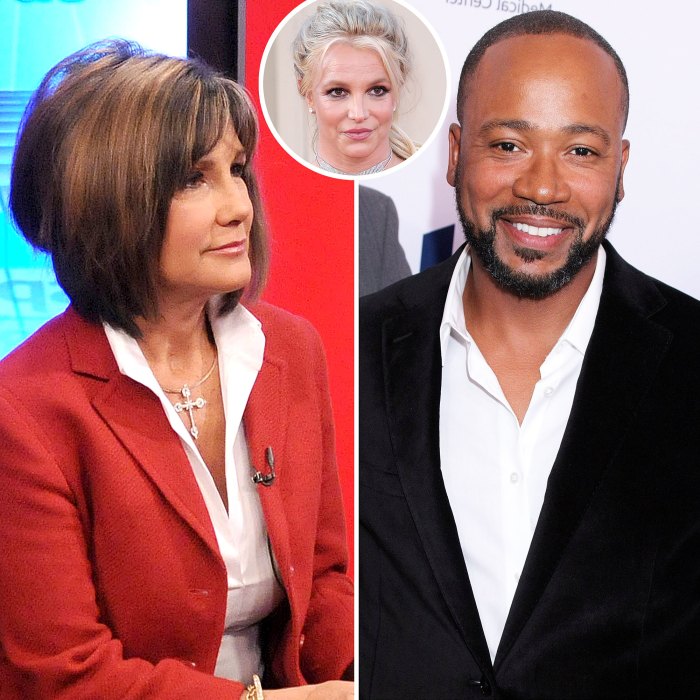 The Scandal alum remembered Britney looking at him “so apologetically, knowing I’d heard it.” He wrote in the book, “I shook my head and didn’t say anything, because what was there to say?”

While Jamie, 68, has not publicly responded to the claim, a source close to him tells Us Weekly, “During that time period, he was not involved in Britney’s business. He wasn’t there; he wasn’t working with her. He knew nothing about this. He’s a very religious guy and would not speak like that.”

Short, who was a backup dancer for the “Toxic” singer and choreographed her 2004 Onyx Hotel Tour, further discussed the alleged conversation during an appearance on media personality Jazzie Belle’s YouTube show, Inside Hollywood, earlier this month.

“I wasn’t shocked when it happened,” he recalled. “Look where they’re from, they’re from Louisiana. The way it came out was so effortless. Like, that’s how they speak. I wasn’t shocked and I wasn’t hurt by it. I was just like, ‘Wow, this is … OK … I know who I am around here.’”

The Stomp the Yard actor went on to call Britney “really sweet person,” adding, “I love Britney to this day. … I feel bad for her. I wish the world knew the Britney I knew.”

The Crossroads star’s relationship with her parents, who divorced in 2002, has been in the spotlight in recent months as she and her attorneys fight to have her dad removed from the conservatorship that she has been under for 13 years. A judge put Jamie in control of Britney’s personal life and estate in 2008 after her public breakdown. Lynne, meanwhile, has never had a formal role in the complicated legal arrangement, though she is considered an interested party. A source previously told Us that the Spears family “is at war with each other” as they battle in court over who should oversee Britney’s affairs going forward.