Searching for their spark. Life as a family of four has certainly been an adjustment for Brie Bella and her husband, Daniel Bryan — especially in the bedroom.

“I thought one kid took away a lot of time. Then you put two in the mix who have different needs. It really wipes out all your energy and time,” the Total Bellas star, 37, told Us Weekly exclusively on Thursday, March 4, while discussing her and Nikki Bella‘s tearless baby haircare products.

The former WWE wrestler married Bryan, 39, in 2014 and the pair welcomed daughter Birdie three years later. In August 2020, Brie gave birth to their second child, son Buddy. With two young kids on totally different schedules, the “Bellas Podcast” host admitted that she and her husband have struggled to connect on their own time. 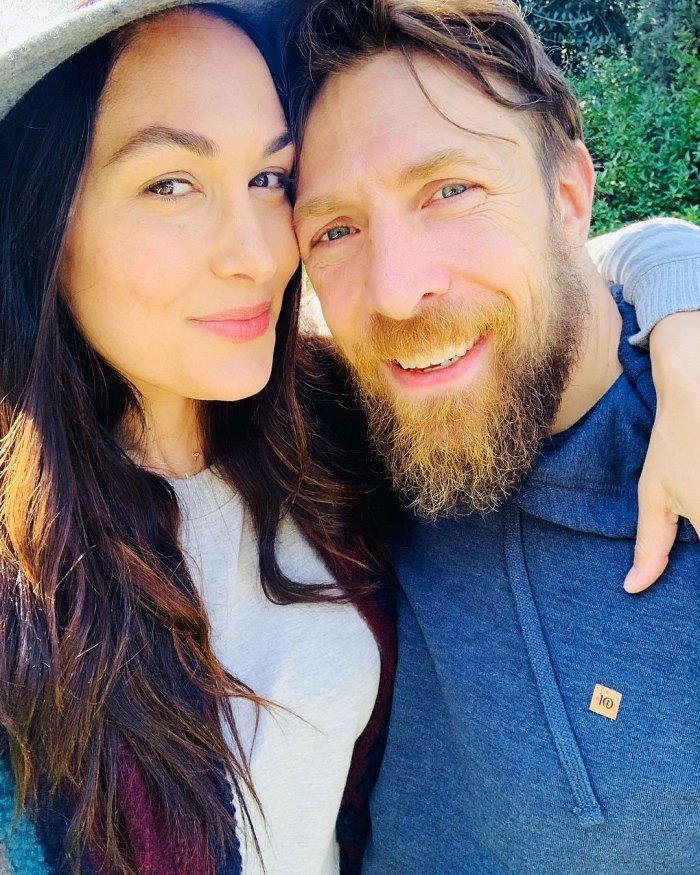 “He and I actually did say the other day, ‘We need to go on a vacation,’” the Incomparable author told Us. “We feel like being away from our kids will help really spark something. Because really … you have to schedule everything out and it is awful. Nothing can be spontaneous.”

While their relationship might be lacking in romance, the couple are making up for it in other ways. “The one thing [we] said that we feel blessed with having two [kids] — because of how much it changes — is that we have such a great partnership, really great communication and a strong friendship,” Brie gushed. “We respect each other and we’ll just look at each other at times and be like … ‘Should we have sex or just go to sleep? Because that means we get eight hours.’ We’ll always put more sleep [first].”

Navigating the extra challenges of caring for two little ones hasn’t always been easy — and some nights they just want to rest and recharge.

“It’s nice, we do have a couple of hours we get before we want to crash and go to sleep, and we really talk with [each other],” the reality TV personality explained. “You really need a strong partnership to just do parenting, like, together and be sane.”

One month after welcoming Buddy into their brood, Brie revealed that she and the four-time WWE Championship winner were sleeping in separate rooms so that he could give “all of [his] attention and energy” to their 3-year-old daughter.

“Even though she’s obsessed with Buddy, it’s hard when it’s all about you and then now you’re sharing it all,” the California native said during a September 2020 episode of her podcast. “It’s been amazing, because Bryan’s really taken control with Bird and it’s allowed me to just give all my attention to Buddy. I obviously have my little times with Birdie throughout the day and I make sure I give her all the attention [then], but it’s really kind of helped me not be so stressed out.”