Nothing but love! Brian Austin Green gave the women in his life, past and present, a shout-out on International Women’s Day on Monday, March 8.

The Beverly Hills, 90210 alum, 47, posted a series of photos on his Instagram Story on Monday, beginning with a snap of his mother, Joyce, holding one of his children. “Happy International Woman’s Day!!” he captioned the photo.

Green proceeded to share pictures of his exes over the years, including Tiffani Thiessen, whom he dated from 1992 to 1995, with the same message written alongside the images. He didn’t, however, post about his first real relationship with Tori Spelling, whom he was linked to from 1990 to 1991 after playing onscreen love interests. 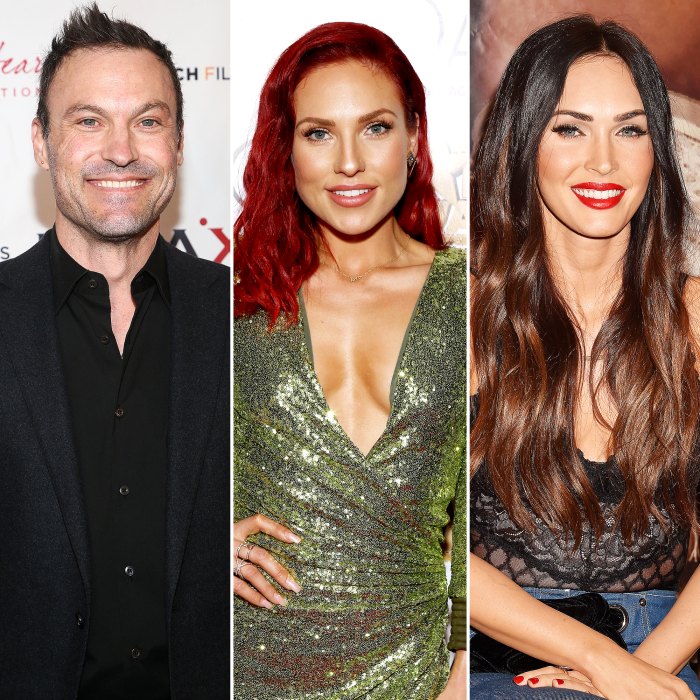 His ex-fiancée Vanessa Marcil, who shares 18-year-old son Kassius with Green, also got a message of love on the holiday, which celebrates cultural, political and socioeconomic achievements of women and brings awareness to women’s rights and gender equality. The pair dated from 1999 to 2003, after Marcil, 52, joined the cast of Beverly Hills, 90210.

The Masked Dancer judge also posted a snap of his estranged wife, Megan Fox, hugging him at the beach. The Knots Landing alum confirmed their split in May 2020 after nearly 10 years of marriage. They share three sons, Noah, 8, Bodhi, 7, and Journey, 4.

The “…With Brian Austin Green” podcast host ended his social media tribute with a photo kissing his current girlfriend, Sharna Burgess, while on a tropical getaway last year. 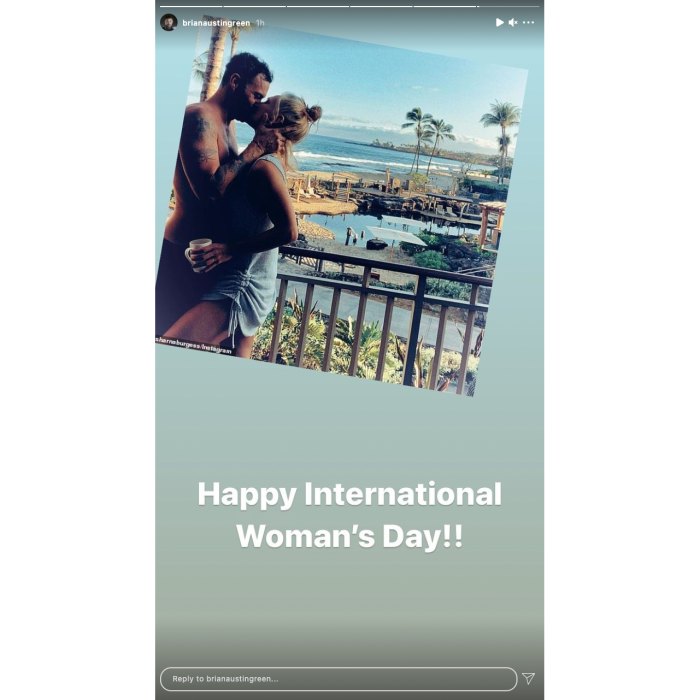 The Anger Management alum and the Dancing With the Stars pro, 35, began seeing each other in November 2020, the same month Fox, 34, filed for divorce. The following month they jetted off to Hawaii, where they were seen packing on the PDA ahead of the new year.

“Their vacation to Hawaii has brought them closer,” a source exclusively told Us Weekly in January, confirming their relationship. “Those who know them can see them being together for the long haul and getting super serious.”

The following month, Green gushed over his new love on Valentine’s Day. “Sharna is a really amazing, considerate, loving, kind person,” he wrote on Instagram. “Sharna’s been amazing in my life. This could be the start of something amazing.”

Burgess commented on her relationship with the Desperate Housewives alum and his coparenting skills during an interview with Australia’s The Morning Show the same month, saying, “I think they’re doing a great job with managing their situation, so I’m grateful that I’ve been able to fit into it — into their world.”

Fox, for her part, has moved on with Machine Gun Kelly. The pair met on the set of their upcoming film Midnight in the Switchgrass and Us confirmed in June that they were “officially dating” after sparking romance rumors a month prior.

The Transformers star “is enjoying the pace that their relationship is going in and is content with how things are currently,” a source exclusively told Us last month. “They haven’t moved in with each other yet, but they do spend a ton of time together. This could be in the deck of cards soon.”