Braunwyn Windham-Burke and her husband, Sean Burke, are working on redefining their relationship while dating other people in their open marriage, a source tells Us Weekly exclusively.

“Both are allowed to date people and are happy!” the insider told Us about the couple’s status days after Braunwyn, 43, confirmed to Us that her husband, 47, has been seeing other women since she came out as a lesbian in November. 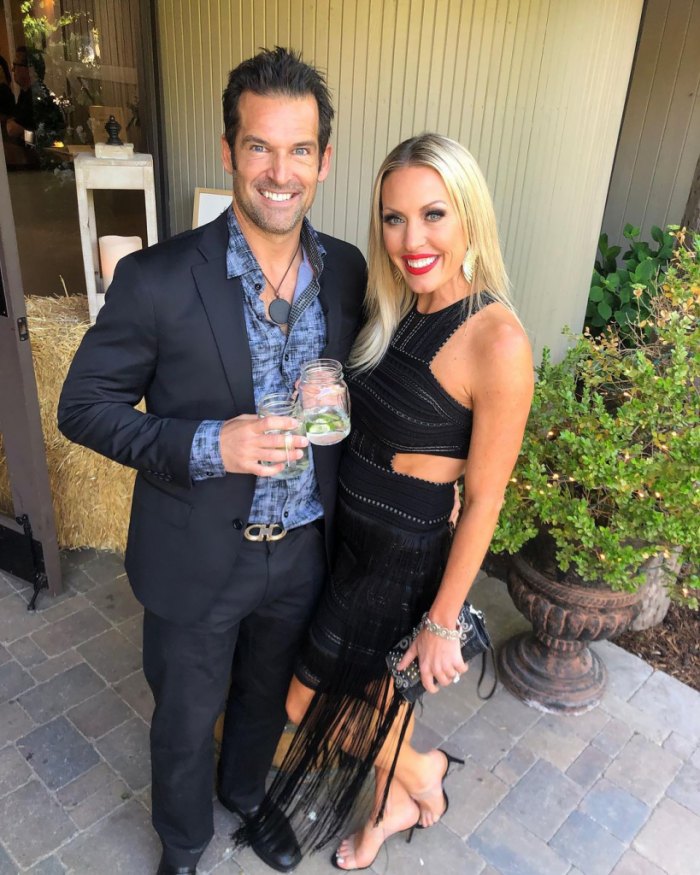 The Real Housewives of Orange County star, who revealed in December that she is dating a 28-year-old woman named Kris, clarified an earlier statement that she’d be “heartbroken” if her husband started seeing other women.

“Dating someone and falling in love and starting a new life are two very different things,” she told Us. “If Sean dated someone, that’s great. I support that. I think he should be.”

Braunwyn confirmed to Us that Sean has been on dates, but said, “nothing serious” has come up. “That’s not heartbreaking. That’s OK,” she said, adding that what would break her heart would be to see her husband “falling in love” with someone else and “starting a new life.”

“I think that just means that I have a heart, you know,” she told Us. “I think anyone in our positions can know that things are going to have to change, but it doesn’t mean it’s not hard.”

“Would that hurt? I’m not talking about losing the marriage, I’m talking about losing my best friend, my person that’s been with me since I was 18. So yes, I would be heartbroken,” she said. “Does that say that I don’t want to be happy? Of course, I do. I think it would be weird if I wasn’t heartbroken if my husband of 26 years fell in love with someone else.”

While the pair — who share seven children, Bella, 20, Rowan, 18, Jacob, 15, twins Caden and Curren, 7, Koa, 5, and Hazel, 2 — continue to live together, they sleep on separate floors of their home. Braunwyn declined to reveal whether her relationship with Sean is now strictly platonic.

“We do want to stay together,” she told Us earlier this week. “We want to have an open marriage and we want to be able to do it honestly. And, you know, not have our feelings hurt. I am very open with him. You know, I have big fears of abandonment for how I was, was a child. So my jealousy, my things we’re working on, that I know they’re not great. We’re working on them so that we can get to, you know, a healthy place. And I do think we’re going to get there. I really do, because we have the communication, we have the trust, great therapist and we both have the similar goal for our future, which is sitting there in Hawaii, watching our grandkids play.”