The Bullet Train actor, 58, and the fitness coach, 29, attended a Bono show at the Orpheum Theatre on Sunday, November 13. Photos obtained by the Daily Mail show the twosome meeting up with a group of famous pals outside the venue, including Cindy Crawford, Rande Gerber and Sean Penn. Pitt and de Ramon kept close, with the Fight Club star pulling her into a hug at one point as they walked.

Pitt remained casual in a grey sweatshirt and jeans, accessorizing with a brown hat. The jewelry designer, for her part, dressed up in leather pants and an oversized flannel top, clutching a bright yellow Hermès bag.

The outing comes shortly after Us Weekly confirmed in September that de Ramon and Wesley, 40, split after three years of marriage. “The decision to separate is mutual and occurred five months ago,” a rep for the pair told Us. “They request privacy at this time.”

Breakup rumors began when the Vampire Diaries alum was spotted without his wedding band during the Brothers Bond Bourbon event at the Hole in the Wall in the Murray Hill neighborhood of New York City on August 23.

Wesley, who was previously married to Torrey DeVitto from 2011 to 2013, exchanged vows with the businesswoman in 2019. Ahead of their split, the twosome kept their relationship relatively out of the spotlight.

The Golden Globe winner, for his part, split from Angelina Jolie in September 2016 after two years of marriage. The Mr. and Mrs. Smith costars were declared legally single in April 2019 but have remained locked into a messy court battle over custody of their minor children. Pitt and Jolie, 47, share Maddox, 21, Pax, 18, Zahara, 17, Shiloh, 16, and twins Knox and Vivienne, 14. 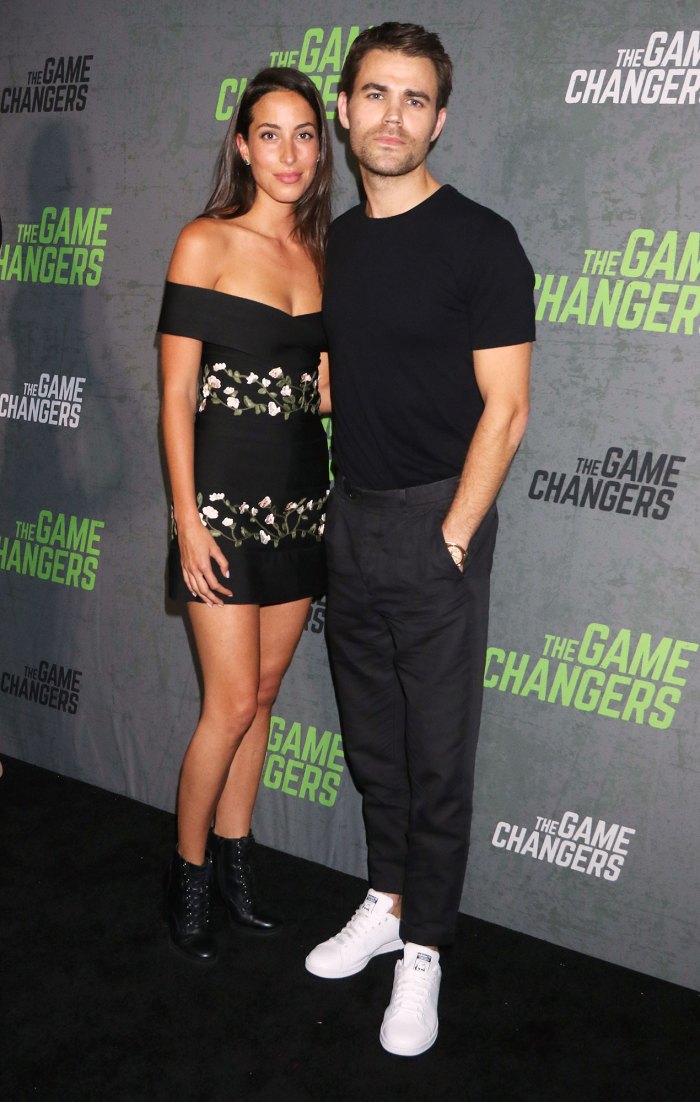 Despite the former couple’s legal back and forth, Pitt has been trying to put himself back out there. “He’s going out on dates and having fun,” a source exclusively told Us in August. “He is surrounding himself with a small group of trusted friends and family, and he tries to take breaks whenever possible.”

The insider continued: “Brad keeps his dating life very private between himself and whoever he’s dating, especially if it’s casual. But when it’s serious, those closest to him will know.”

Before raising eyebrows with de Ramon, the Oscar winner was briefly linked to Emily Ratajkowski in the wake of her separation from Sebastian Bear McClard. Last month, a source told Us that the duo had “been on a few dates” but were keeping things casual.

“[Brad is] playing the field for a while now [and] taking his time before committing to anything serious,” the insider exclusively revealed in October.

The My Body author, 31, filed for divorce from McClard, 35, in September after four years of marriage. Us broke the news earlier this week that Ratajkowski is dating Pete Davidson, who split from Kim Kardashian this summer.