Bow Wow came under fire after performing in a crowded Houston club while the coronavirus pandemic worsens around the world.

A video of the rapper, 33, on stage trended on Twitter on Saturday, January 16. In the clip, fans — some wearing face masks, others without — sang along and danced as Bow Wow performed his 2005 hit “Like You.” 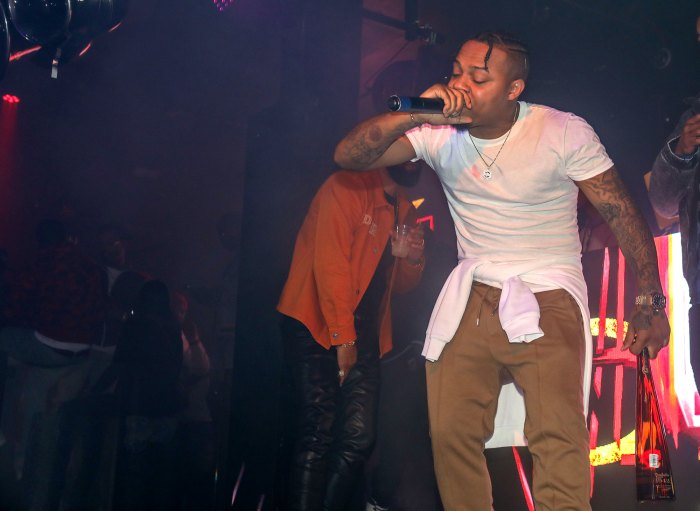 Bow Wow performs at the ‘Welcome to Houston Kickoff Party at CLE’ on January 15, 2021. Thaddaeus McAdams/Shutterstock

Social media users dragged the musician and attendees for gathering in a large crowd during the global health crisis. “I can think of a million better ways to die… but to be struggling on a vent bc you went to see bow wow in the year of our lord 2021…that ain’t it,” one person tweeted, while another wrote: “So wait, people risking their life in a packed club to see BOW WOW??? BOW WOW?”

“People so desperate to go out even Bow Wow got the club packed,” a Twitter user joked.

Even celebrities trolled the Growing Up Hip Hop: Atlanta star. “I thought about it and have decided I’m not willing to die for Bow Wow,” Zach Braff tweeted.

Bow Wow posted to Instagram an inside look at the ‘Welcome to Houston Kickoff Party at CLE’ on January 15, 2021. Courtesy of Shad Moss/Instagram

Bow Wow, for his part, defended himself against the backlash. “I just woke up… aww god. Here we go,” he wrote via Twitter on Saturday, adding a laughing emoji. “Man i been hosting parties all last year. I wore my mask in the club. I cant [sic] host with that thing on. … I promise my mask i wore in the club up until i got on the mic. That simple. Keep sanitizer on me at all times.”

The Like Mike star added: “Man texas is open. Atl is open. I cant [sic] help i live in a city where we been open since last spring.”

Bow Wow “agreed” with a fan who noted that people are “tired of this covid bulls—t” and “need to and wanna” get out of quarantine. However, he didn’t “want folks thinking i dont [sic] care.”

The Ohio native told one person that he has “been tested twice already” for coronavirus and shirked some of the responsibility for the event in a follow-up tweet. “IT WASNT [sic] MY PARTY. But of course ima get the blame.”

Bow Wow has been embroiled in several controversies through the years. He angered fans when he body-shamed Wendy Williams in July 2019 after she called him out on her talk show for referring to ex Ciara as a “bitch.” Williams, 56, deemed his comments toward the songstress, 35, “distasteful” at the time.