Forever in her corner. Lori Loughlin has had a challenging journey following her involvement in the nationwide college admission scandal and her subsequent time spent in prison. And yet, she can still count on pal and former Fuller House costar Bob Saget to have her back.

“I love her,” the comedian, 64, said in a sneak peek of his “Inside of You With Michael Rosenbaum” podcast interview posted via E! News on Monday, February 8. “I’ve been asked [about her legal issues] a lot. I’ve gotten whittled down. I just love her. I don’t know, I’d like to see a lot of other people doing time. We’re in such a place where no matter what I say I’m screwed, and I just love her. That’s where I am on that.” 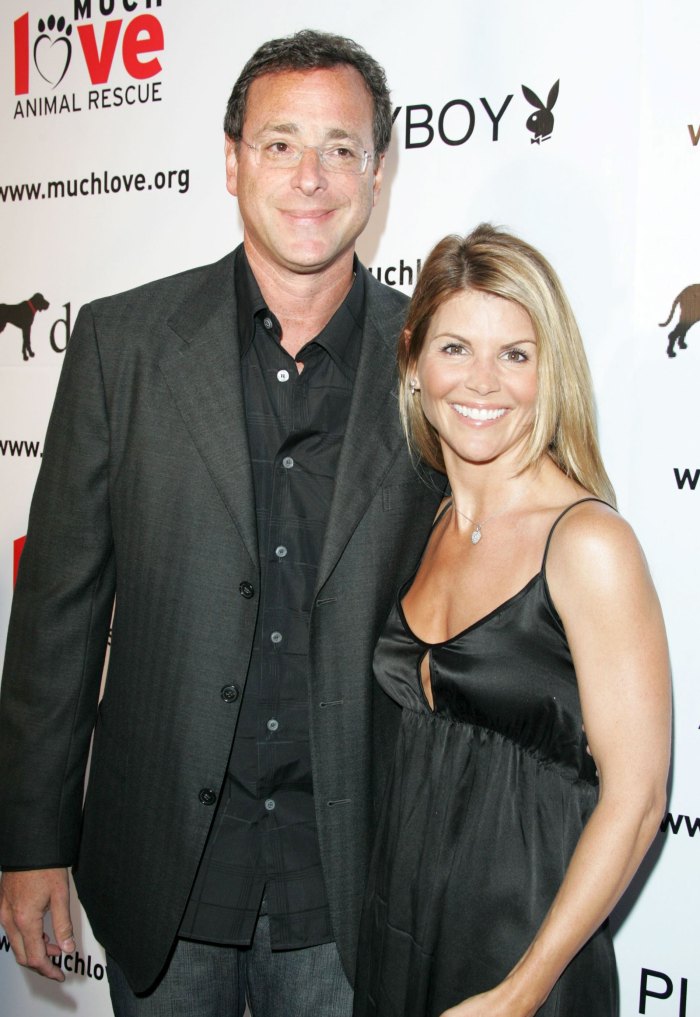 In addition to discussing his appreciation for Loughlin, Saget opened up about how he has remained close to former Full House costars Mary-Kate Olsen and Ashley Olsen after the sitcom ended in 1995. (The fashion moguls were the only original cast members who did not join Netflix’s Fuller House revival series.)

“Ashley and Mary-Kate, I love [them] so much. When I’m in New York or when they’re here, when we can, we see each other,” he shared, noting that “there’s no favorite” among his TV children, who also include Jodie Sweetin, who was his own daughter’s playmate, and Candace Cameron Bure. “They’re all friends [of mine], it’s not like they’re kids. But Jodie was probably more like a kid to me. Ashley and Mary-Kate are more like friends because I kind of got the whole thing of everything they’re about. Candace is a friend. They’ve all been there for me in a big way when I’ve gone through hard stuff.”

Loughlin, 56, has continued to make headlines following her March 2019 arrest in the college admissions scandal. The 90210 alum and her husband, Mossimo Giannulli, were accused of paying $500,000 in bribes to help their daughters, Bella Giannulli, 22, and Olivia Jade Giannulli, 21, get accepted into the University of Southern California.

The couple pleaded guilty in May 2020 after initially denying their participation. Loughlin completed her two-month stint in December 2020 at the Federal Correctional Institution in Dublin, California, while the 57-year-old fashion designer is currently serving his five-month sentence at a federal prison in Lompoc, California.

Saget has frequently voiced his support for Loughlin throughout her and her husband’s legal woes. Back in December 2019, the former America’s Funniest Home Videos host told Us Weekly exclusively why he was choosing to stand by the Summerland alum during her rough patch.

“I don’t cut people that I love from my life unless they shot me in the eye,” he revealed at the time. “No matter what, everyone does something in their life that comes out in the press — no matter what we do. I just love her and I’ll always love her.”

The Pennsylvania native later shared in October 2020 that he sent Loughlin a heartfelt text message before she reported to prison. He told The New York Post’s Page Six that his note read, “I love you and thinking of you — that’s all.”

Saget then explained the importance of standing by loved ones during their toughest moments. “And you know when it gets down to it, there’s so much going on and so many people have gone through so much and you know,” he continued. “If you love somebody then you have to make that decision and [ask yourself], ‘Is this something that causes me not to love a person?’ And I love her. She’s a sweetheart.”

Saget’s full “Inside of You With Michael Rosenbaum” podcast interview is set to debut on Tuesday, February 9.

Toddlers are more likely to catch Covid at HOME than nursery, study finds