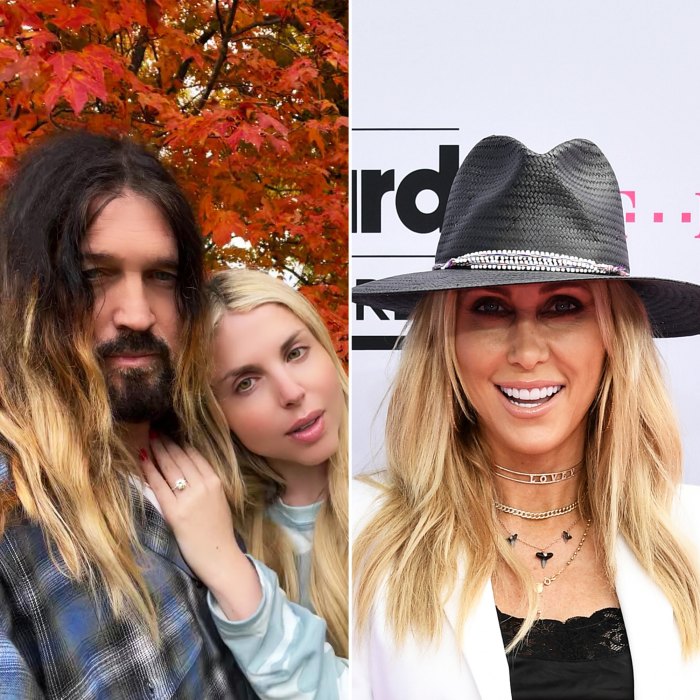 His other half! Billy Ray Cyrus is engaged to girlfriend Firerose following his split from Tish Cyrus.

“She’s the real deal,” the musician, 61, told People on Wednesday, November 16, about the connection between him and his fiancée, 34.

Billy revealed he first met Firerose on the set of daughter Miley Cyrus‘ Disney Channel series, Hannah Montana. “I loved doing that show,” he recalled. “There’s a couple old pine trees on the lot that look like Tennessee. [My dog] Tex and I would go out there in the middle of the day and he’d take care of his business and we’d stretch and I’d think how much I missed Tennessee. On that given day, Firerose came out of the front door. There was almost a moment of, I don’t know, recognition. I was like, ‘This girl’s a star.’”

According to the Kentucky native, the duo stayed in touch following their run-in. “Our friendship was so solid over the years,” he added. “She plays all of her own instruments and writes her own songs. We began sharing music, and it just evolved.”

Firerose, for her part, noted that she was there for the actor amid his divorce from Tish, 55, saying, “Billy confided in me a lot of what was going on in his life. I was just the best friend I could possibly be, supporting him.”

Billy and Tish got married in 1993 following a whirlwind romance. After nearly 20 years of marriage, the couple called it quits for the first time when the country singer filed for divorce in 2010. They later announced their decision to give their relationship another chance.

Two years later, Tish filed her own divorce documents based on “irreconcilable differences” at the time. “This is a personal matter and we are working to find a resolution that is in the best interest of our family,” she told Us Weekly in a statement in June 2013. “We ask that you respect our privacy at this time.”

Shortly after their breakup made headlines, Us confirmed Billy and Tish’s second reconciliation. The pair — who share Miley, 29, Brandy, 34, Trace, 33, Braison, 27, and Noah, 22 — ultimately parted ways again earlier this year.

“It is after 30 years, five amazing children and a lifetime of memories, we have decided to go our separate ways – not with sadness, but with love in our hearts,” the family rep said in a statement in April, adding that Billy and Tish were ready to create their “own paths” in life. “We will always be family and look forward to a continued and loving shared experience as friends and parents. We have not come to this decision lightly or quickly but with so much going on in the world, we wanted to provide some clarity and closure, so we can remain focused on what is important.”

For the “Achy Breaky Heart” performer, his romance with Firerose came at exactly the right time.

“There was sickness and death, and hard times. All of the sudden, the life that I’ve always known as a touring artist didn’t exist anymore,” he shared on Wednesday, referring to life amid the COVID-19 pandemic. “A moment of so much change. And at the same time, Firerose, who had been such a light of positivity, such a best friend.”

Billy continued: “And then when we began sharing the music, it just evolved more into, as musical soulmates, to soulmates, happy, pure love that to me, I didn’t know could exist. Again, we’re musicians, first and foremost, both of us. And we found this harmony, and this rhythm, this melody to life.”

The Australia native also offered a glimpse at the proposal. “Billy looked at me and said, ‘Do you, do you wanna marry me?’ And I was just like, ‘Of course I do. I love you,’” Firerose gushed about the August engagement. “He said, ‘I love you. I wanna make this official. I wanna be with you forever.’”