A new date! Big Brother‘s Nicole Franzel and Victor Arroyo are set to tie the knot on Tuesday, March 16, in Orange Lake, Florida, Us Weekly can exclusively reveal. The pair, who announced on Sunday, January 10, they’re pregnant with their first child, were originally set to marry in December 2020.

In November, Us exclusively revealed that they had decided to postpone the nuptials to May 2021 due to the coronavirus pandemic. That date has now been pushed back due to the pregnancy news.

“I know a lot of people were commenting on our photos about our wedding so just, like, a little tidbit about that as we are not going to wait until after the baby,” Franzel, 28, said on the Thursday, January 14, episode of the “Coco Caliente” podcast. “We are going to do it in March, in Florida, in a small wedding.” 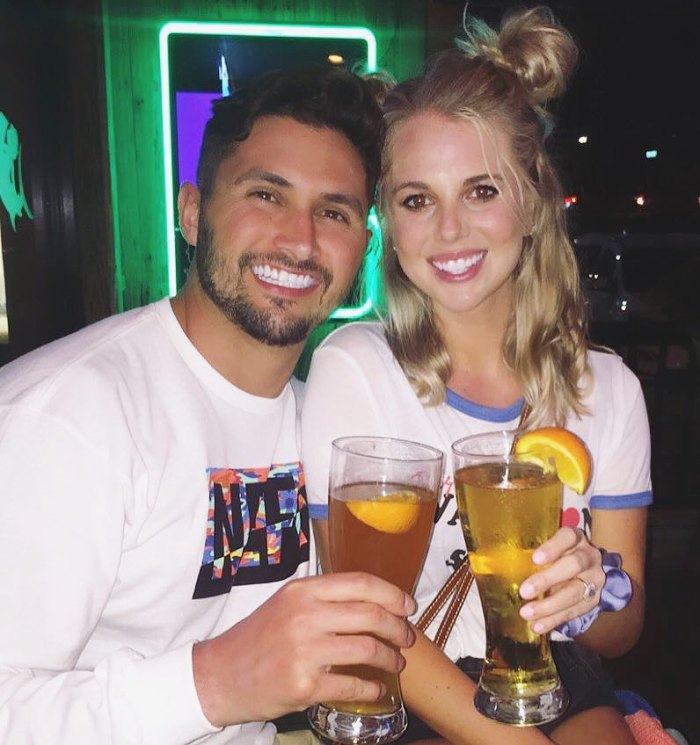 Arroyo, 29, added that this is the last time they will move the wedding. “This is set in stone [even] if it’s just me and Nicole at this place getting married,” he shared on the podcast. “That’s how it’s gonna happen because I’m over it.”

The reality stars met when competing together on season 18 of Big Brother in 2016. Franzel had a short showmance with Corey Brooks during the season, but they split shortly after the finale. In June 2017, she began dating Arroyo. When they returned to the Big Brother house with other alums in 2018, the gym manager proposed.

“Isn’t it crazy how — the wedding is important, but how unimportant it seems in relation to the baby,” the Louisiana native continued during the episode. “We just want to get married to get that out of the way to have our baby and focus on the baby.”

The Big Brother 18 winner noted that she feels like her “maternal instincts” are already kicking in. “This is all I care about already and I’m so happy about it,” she said of the pregnancy. “There’s so much that could be going on around me but just, like, the core important things are even more clear now.”

The couple announced their pregnancy via Instagram on Sunday, sharing a sonogram pic and announcing their first child is due in July 2021. “Nic + Vic = our lil’ side kick,” the Michigan native captioned the pic, showing the pair in bed while surrounded by junk food. “We are SO excited to announce that we are PREGNANT! We feel so blessed & grateful.”

With reporting by Sharon Tharp