Sending a message? Bethenny Frankel was spotted wearing a massive diamond on her left ring finger when she hit the beach in Florida with on-again boyfriend Paul Bernon and her daughter, Bryn Hoppy, on Saturday, March 20.

In photos posted by the New York Post’s Page Six, the Real Housewives of New York City alum, 50, wore a colorful printed one-piece swimsuit, sunglasses and a wide-brimmed straw hat as she waded in the ocean. Frankel also wore jewelry including a watch, Cartier bracelets, two necklaces and the large emerald cut ring. 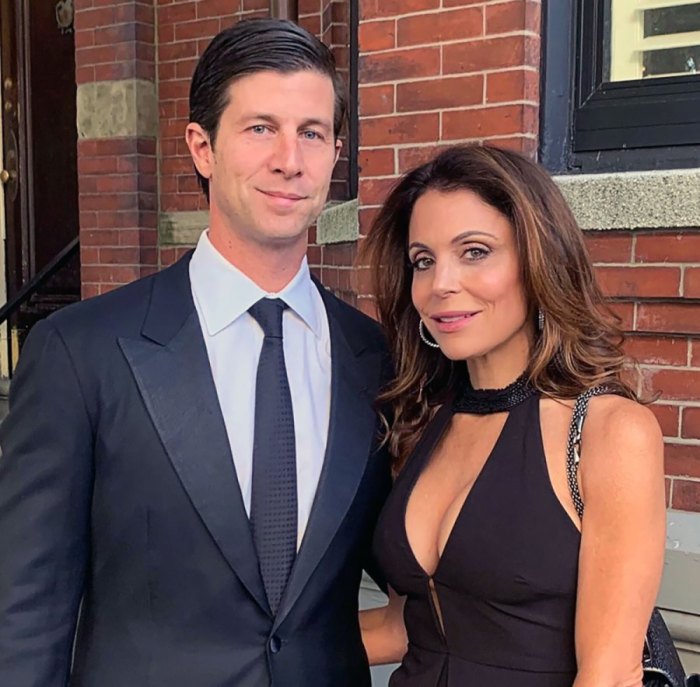 The family holiday and bling sighting come a month after the former reality TV star confirmed that she and Bernon had rekindled their romance after a brief split at the end of last year. The “Just B” podcast host shared a selfie on Instagram that showed her wearing a blue printed dress as the film producer, 43, stood behind her. “Behind every woman… (you fill in the blanks here.),” she captioned the Valentine’s Day snap along with the hashtag #Loveyourself.

The pair started seeing each other in October 2018, about two months after her on-off boyfriend Dennis Shields died in August 2018. Their relationship got serious quickly, with Us Weekly reporting in September 2019 that the couple were living together in Boston and house-hunting in Massachusetts and Connecticut.

But Us confirmed in October 2020 that Frankel and Bernon had split after two years of dating. The Skinnygirl founder spoke about their breakup that same month during an appearance on The Ellen DeGeneres Show.

“We had a great, great relationship and I’m really happy,” she added. “Not everything has to end badly, some things just don’t continue and it’s not negative, it’s just life.”

Less than three months later she was spotted holding hands with Bernon in Miami as they visited artist Romero Britto’s studio with Bryn, 10, who she shares with ex-husband Jason Hoppy.

Mum attacked by police officer says he was ‘out of control’